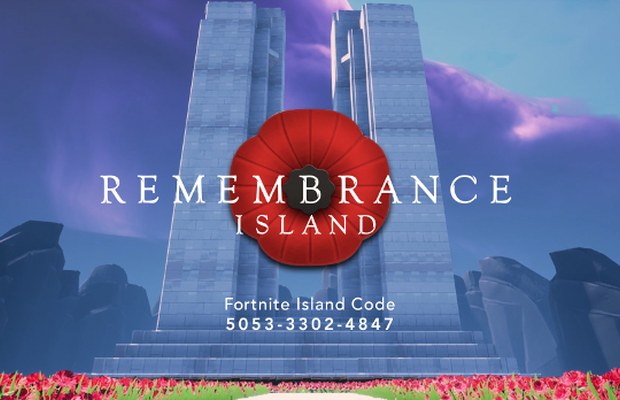 It’s been over 100 years since the signing of the Armistice that brought a stop to fighting between Allied and German forces and an end to WWI. And with so much time passed, it should come as no surprise that the reason to honour that day – as we do with a moment of silence at 11am on Remembrance Day – has become somewhat lost to history. And especially to younger generations.
In an effort to reach this younger audience on their native turf, the Royal Canadian Legion has launched Remembrance Island, a custom Fortnite island featuring recreations of WWI trenches, D-Day beaches, a Canadian military cemetery, the well-known Vimy Ridge memorial cenotaph and more. The island can be accessed in the game’s Creative Mode using the island code here.
“It’s our hope that young Canadians will take a few moments to visit this unique environment and learn about the men and women who gave their lives to protect our freedom,” says Freeman D. Chute, senior program officer at the Royal Canadian Legion. “As time goes on, we have to find new ways to reach young people and tell the story of Canadian veterans. This is a fantastic example of how to do just that.”
The island is visually stunning, taking advantage of Fortnite’s incredible graphics and effects. But unlike standard Fortnite game play, the only objective for gamers is to discover the 30 museum-like information plaques and follow the poppies until they reach a memorial cenotaph at a central point of the map. There is no fighting, damage or weaponry on Remembrance Island. 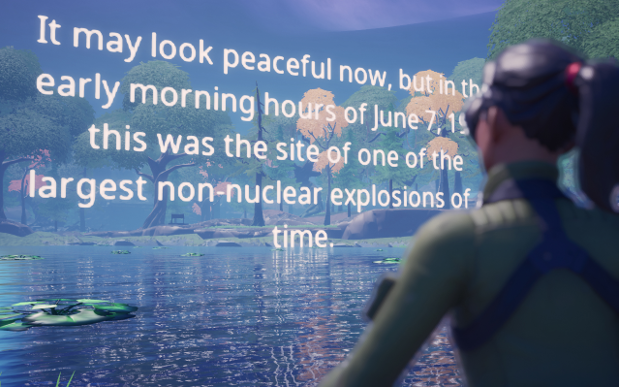 In addition to traditional Remembrance Day ceremonies and moment of silence being held at 11am on November 11, 2019, a live stream event will also take place at 11pm in front of the Remembrance Island cenotaph. Players are being encouraged to stand in silence and salute, then share images or streams using the hashtag #SaluteThePoppy. Moving the ceremony to 11pm is another way to meet the gaming community on their terms.
The island was conceived by Toronto agency Wunderman Thompson and brought to life through a collaboration with a Fortnite creative builder known as JXDVN. Both parties worked on the project as a pro bono labour of love.
“It’s such a great cause. Every Canadian gamer should visit Remembrance Island and take a few minutes to pay their respects,” says Ari Elkouby, executive creative director of Wunderman Thompson. “It’s been our absolute honour to work with the Legion to create something so new and unique. It’s rewarding on so many levels.”