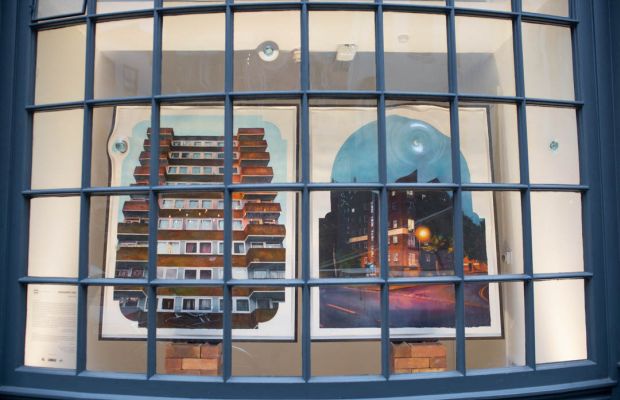 The Smallest Gallery in Soho is a historic shopfront that looks onto Dean Street, in the heart of London's once-seedy centre. It also just so happens to be in the very same building of LBB's London HQ. Launched by The Garage Soho, the aim of the creative space is to display artwork that captures people’s attention on their journey through Soho and encourage them to stop, think and be inspired. It hopes to transcend the rapid changes of building developments and the dispersion of the creative cohort — that was once so vibrant within the area — by exhibiting free and engaging art works to view from the street.
The latest exhibitor is Frank Laws, an artist who, after spending a year as a bricklayer's labourer, developed an admiration for both the skill and hard work of the tradesmen but also an appreciation of buildings themselves. As a result, his work features architecture local to him in London.
Opal Turner, creative & project manager at The Garage Soho, spoke with Frank to find out more.
Opal> In one sentence could you describe the ‘big idea’ of Monuments?
Frank> The idea behind MONUMENTS is to honour, celebrate or even worship these buildings for their original purpose; as something that may not exist in the future, we should take note of them now. 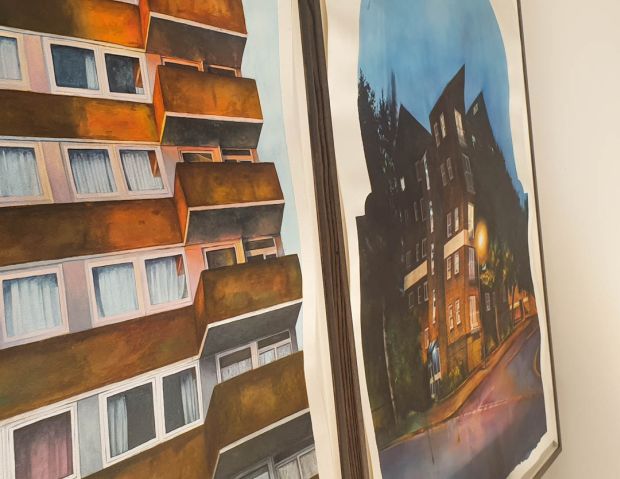 Opal> What was it about the specific genre of urban social housing architecture of the near history that piqued your interest over other potential ‘Monuments’?
Frank> It's mainly in the way they have been built. What initially piqued my interest was the old red brick estates just for the sheer scale and grandeur of the buildings and the amount of manual labour and hard work that went into them.
Opal> If there was one thought your work prompted in a Soho passer-by what would it be?
Frank> I would hope that a passer-by would see something beautiful and also realise that what they are looking at depicted is something they probably see every day in reality and pay no mind to. Hopefully make them stop and think.
Opal> Is the social commentary your work inevitably evokes part of your purpose in choosing the buildings you do or is that a side effect?
Frank> It's sort of both. Initially I was kind of naive to what I was doing or saying and really just interested in the architecture and the buildings themselves and wanted to celebrate them. Time has moved on and I've become more aware and also the climate and conversation has changed quite dramatically since I started (over 10 years ago) so the work and myself has become more aware and maybe more of a commentary. 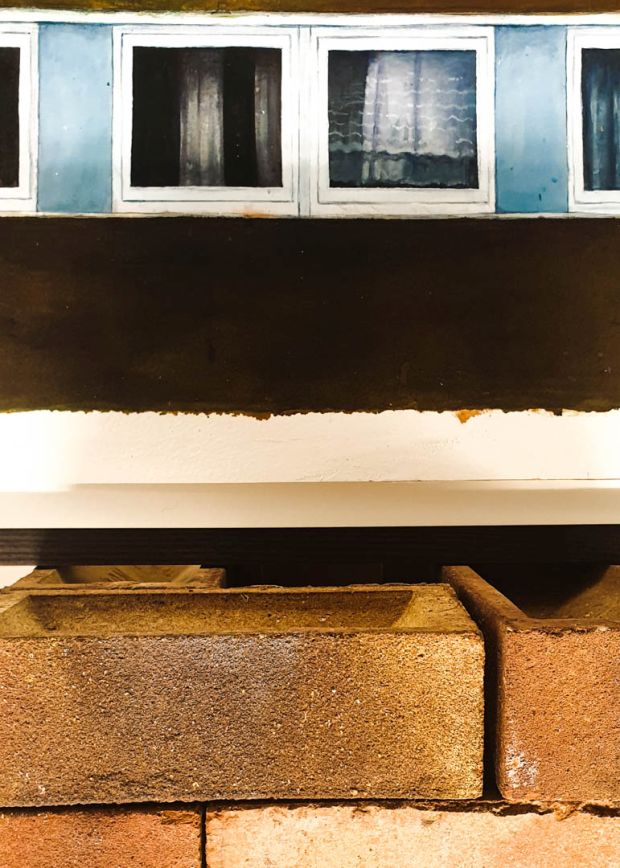 Opal> The Smallest Gallery’s tiny size meant that you had to choose just two pieces from the Monuments series. Why did these two make the cut?
Frank> Those two pieces were a discussion between myself, Phil and Andrea (curators at The Smallest Gallery in Soho). We both felt that a more architectural piece and a more romantic piece would sit well together. 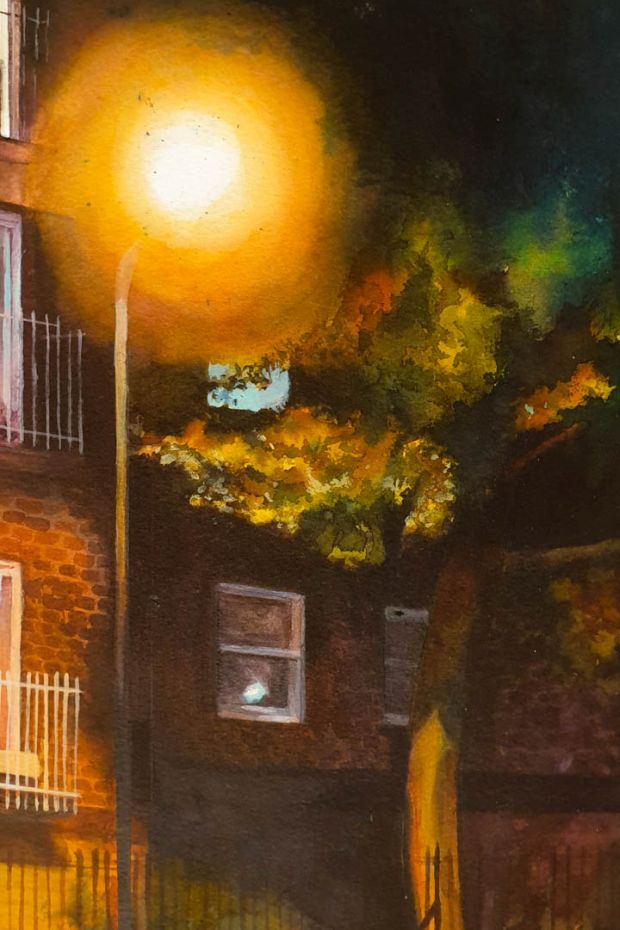 Opal> You’ve previously shown this series in quite monumental buildings of their own stature, how do you feel this different viewing has changed the interpretation or experience of viewing the work?
Frank> I think there's a nice thing going on with the viewer having to look in a window to then observe something that has also been observed. Also being viewed from the street and surrounded by architecture and they feel a bit more up close and personal.
Opal> What’s next for you and your work?
Frank> I'm currently working out some new pieces, heading further into a kind of more fantasy/future route along the same lines. So, imagining these buildings still standing tall as future relics.