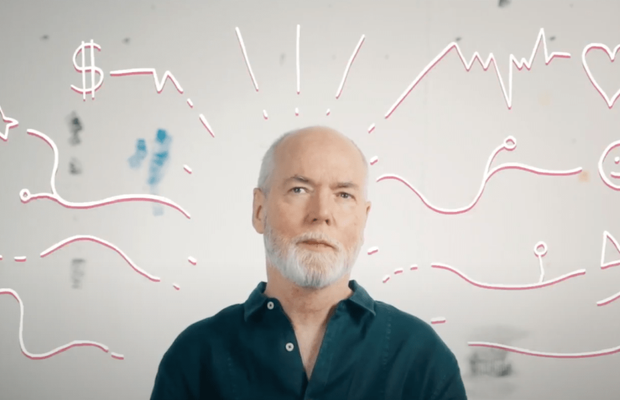 Can artificial intelligence enhance creativity? This question was at the heart of Slogans for the Class of 2030, a collaboration between Google Canada and Canadian artist, author, and provocateur Douglas Coupland. Using the power of machine learning, Coupland builds off his acclaimed thought-provoking work, Slogans for the 21st Century, and invites Canadians to explore the concept of creative identity at the intersection of artificial intelligence.

To demonstrate AI’s usefulness as a tool to enhance creativity, a Google Researcher took Coupland’s entire 30-year body of written work—thirteen novels, two collections of short stories, seven non-fiction books, and a number of works for film and television, all totalling over one million words — and fed it into an AI-powered language learning algorithm. The outcome was an assortment of suggested language that Coupland used as inspiration to create 25 stand-alone works of art that can be experienced on digital OOH screens in Calgary, Vancouver and Toronto until November 29, 2021. The slogans will serve as a reminder to Canadians and the future Class of 2030 that AI and creativity aren’t mutually exclusive.

“AI (or machine learning) receives an unusual amount of paranoia from people who would probably be fascinated, if they just looked at it a bit further,” says Coupland. “It’s not 1984. It’s not a zombie apocalypse. It’s just taking what seems like noise and locating signals within it. It’s not an alien intelligence... it’s just new ways of looking at ourselves. In my case the noise was a million words reprocessed and reassembled to create something uncannily new.”

“The focus on the class of 2030 was intentional,” says Chris Henry, product marketing manager at Google Canada. “Coupland wanted to create works that would serve as inspiration for students who will be graduating from university in 2030. For those teens considering their future career paths, he hoped that this collaboration would trigger a broader conversation on the vast possibilities in the field and would better acquaint them to the fact that AI does not have to be strictly scientific, it can be artful.“

The video was featured in a 24-hr takeover on the Google Canada homepage and hosted as a virtual  exhibit on Google’s Arts and Culture page.

“It’s not often you get to work with an iconic artist like Douglas Coupland to reimagine how he approaches his art and creativity,” says Peter Ignazi, global chief creative officer tat Cossette. “AI and machine learning can be a little bit intimidating. The goal of this entire thing is to help lessen that intimidation factor and give people a new perspective. We want the Class of 2030 and Canadians-at-large to get excited about the future possibilities of both creativity and AI.”