Jeremy Jones chats to LBB’s Laura Swinton about bringing technology and creativity together, shooting an ambitious campaign with Eric Wareheim and why brands need to think seriously about production when they’re building an in-house agency 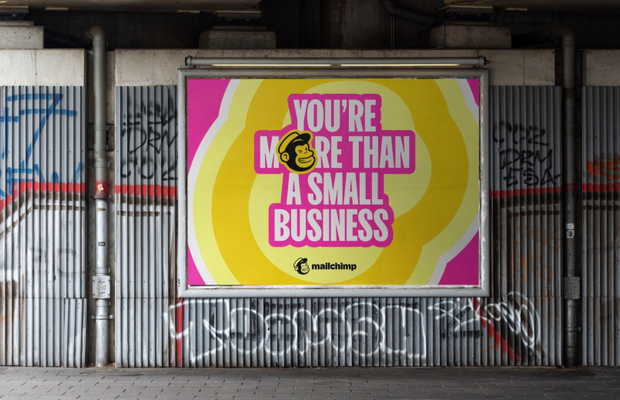 “I was always jealous, when I was on outside looking in: ‘Who’s making all this Mailchimp stuff?’”
Jeremy Jones had been an admirer of the marketing platform Mailchimp long before he came onboard as global director of campaigns. Understandably so. Rare for a tech company, Mailchimp was founded by a designer, Ben Chestnut, and so has always fostered usability and visual flair, not only within its own products but in the businesses and projects of its millions of active users.
Jeremy is part of a growing in-house creative marketing agency at Mailchimp. It’s a relatively new venture for the company, whose in-house creative talent has until recently been concentrated on the designs and design tools built into the product and platform. He joined a year and a half ago from Wunderman Thompson to help build out the capability, and already the agency has grown to be over 50 people strong.
In September the team unveiled a colourful, integrated campaign aimed at modern entrepreneurs called ‘More than a Small Business’. Directed by Eric Wareheim (from comedy duo Tim and Eric) it’s just the second major outing for the agency. “We're just now starting to flex our muscles. This was our second kind of fully integrated brand campaign that we've done as a group. In the past Mailchimp was very design centric kind of focused in terms of being in-house,” explains Jeremy.
The campaign features a series of fictional brands inspired by the businesses that use Mailchimp. The creative team had under a week to develop the identities of all of these brands. And when it came to production, they had just five days to not only shoot the filmed elements of the campaign, but also a series of photoshoots for each ‘brand’.
In Eric, they had a secret weapon. Not only did his ‘expert absurdist’ vibe match up with Mailchimp’s tone of voice (balancing arty playfulness with an understanding that business owners trust the platform with their money), he was also a Mailchimp customer himself. He’s been using the platform to develop his own business, Las Jaras Wines https://lasjaraswines.com/.
And just as Eric’s closeness to the brand helped him elevate the idea, Jeremy believes that the in-house agency set up brings the creatives just as close to the brand. And that, he thinks, allows them to do things that would be much harder and slower under a more conventional set up.
“I think it’s about brand knowledge,” explains Jeremy. We’re a pretty complicated brand in terms of understanding all the products, what they do and how they do it, and then thinking through all the different facets of the campaign and making sure they speak to the right audiences, in terms of copy. But also, that design aesthetic of Mailchimp is so hard to crack… it’s really hard to manufacture. I think there’s better integration, we’re in conversations with our marketing team day-in and day-out and there’s no lag. We’re hearing it in real time.”
The experience with Mailchimp has given Jeremy a more nuanced and fluid view of the way brands should work with agencies. There’s so much that brands need to do and places that they need to be that each brand will likely end up with its own bespoke mix of in-house and working with external partners.
“I think what I also learned was just how fast we really need to be, these days, and the ability to pivot and think agnostically about media. There's just so much content that's needed these days and to succeed as a marketer it's not going to come from one place,” he says. “It's going to be a blend of in-house agency partners and freelancers. The full gamut. So, you know, I don't think there's any one solution; I think it's going to be different based on each brand.”
Production, in particular, is an area where Mailchimp has really thrived working with an external partner. Given the volume of content they need to put out and the urgency - they can’t wait around as a fully functioning production arm is built from scratch - they’ve been working with production strategy company Hone. In the race to bring creative in-house, production can so often be an afterthought, but in the social media age production is one area brands can’t afford to get wrong.
“We recognised that we didn’t have the in-house capabilities in terms of production and having business affairs and everything that goes into negotiating and running a shoot. We have a lot of creatives who have been on a shoot but we didn’t have the people to make it happen,” says Jeremy. “Hone is interested, it’s structured like this bolt on production company that works with your in-house team to help you make your work. They’re embedded in our team - I hope forever.”
As the in-house model becomes more popular with brands, Jeremy is also noticing that creative talent doesn’t seem to have the same reservations about working in-house as they might have harboured just a few years ago. And when it’s a brand that has the creative feel of a Mailchimp, then it’s even more appealing.
“We joke that ‘the in-house is no longer the out-house’. I think it always had this perception that maybe the creative opportunity wasn't as great or they didn't have the right people, but I think for me, it's starting to blur. You know there's a lot of similarities, a lot of differences but if you have a company like Mailchimp that really embraces creativity and values creative design thinkers, I think creatives will naturally just kind of migrate towards that.” 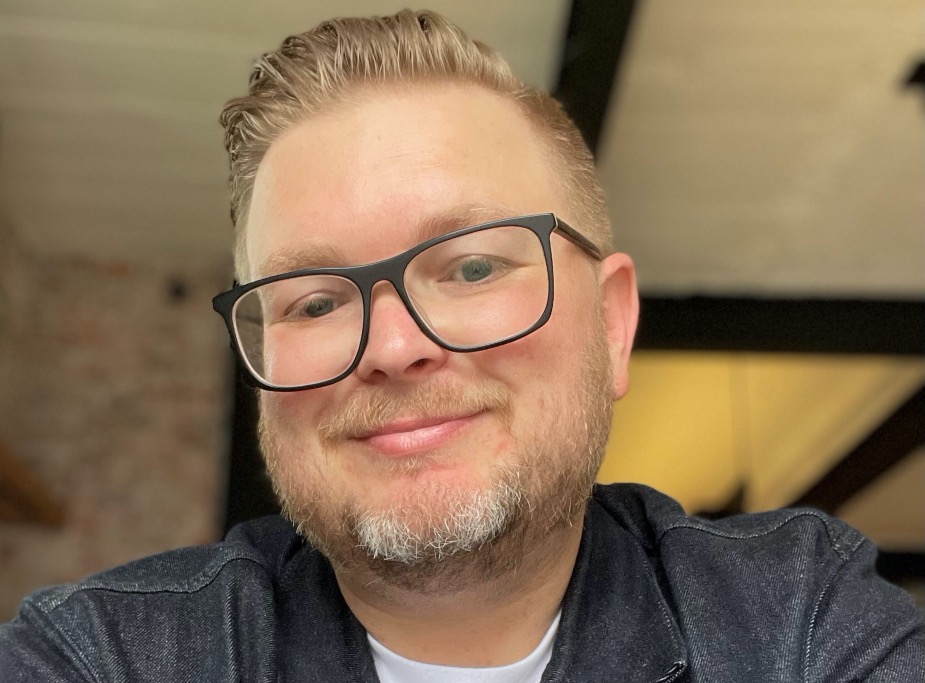 Jeremy Jones
What Jeremy finds particularly inspiring and satisfying as a creative working on the inside is that he gets to see products come to life.
“That’s probably a big difference. Being able to see the birth of a product from the start versus the agency side where it’s already made and you get told ‘here it is, go sell this out in the world’. Our team has influence on how it goes to market, what it looks like in terms of the product design itself. There’s a lot of integration between our brand marketing design team as well as product design. Out team actually lives within the design function of Mailchimp and not the marketing function, even though we work with marketing, day in and day out. We’re part of the larger CXD in terms of experience design, product design. I think that’s pretty valuable because we get to use our creativity and inject brand moments into the product,” reveals Jeremy.
Bringing those ‘Mailchimp moments’ of delight into the product itself, triggering emotion and through creativity, is unusual for a tech brand. “It’s that whole feel-think-do, not think-feel-do. We’re irrational human beings that feel first, not think. It’s easy for tech companies to go ‘here’s the product, tell everybody about the product’ but people make their decisions based on emotion and what they feel about that particular brand. I think you have to have that balance. We’re lucky enough to have a very strong brand and this feeling in people’s hearts and minds to work from. I think certain tech companies haven’t established that yet, or that consistency.”
Creativity and technology are not mutually exclusive, but Jeremy acknowledges that creative teams do tend to work in more fluid and less linear ways than, say, an engineering team might - and argues that businesses that do decide to create an in-house function should also understand that it may operate slightly differently to the rest of the business. The unknown and exploratory nature of the creative journey can seem somewhat chaotic and overwhelming. “The results always end up speaking for themselves but don't make the round peg fit into the square hole. It's almost like you have to embrace the chaos a bit that's happening over here on the side.”
Nonetheless, there are plenty of benefits to bringing creative inhouse and Jeremy has lots of advice for brands that are still thinking about building such a department. He says that they need to think about how they are going to approach production and need to understand that the production skill set is a key ingredient. And moreover, they need to understand the importance of a tight, carefully considered brief - bringing creatives closer to the brand doesn’t mean that marketing departments can just skip the briefing stage.
The team at Mailchimp is continuing to evolve and learn, and every campaign sees it grow stronger as it continues to challenge itself, believes Jeremy. The recent campaign raised the bar for what they can achieve - 40 bits of content created in a week - and it sounds like the team has the ambition to become a seriously chunky creative monkey.
“We've learned a tonne about how we can be better, and I think we'll constantly do that, we’ll always be improving,” reflects Jeremy. “I've never been on a shoot, you know agency before where we shot 40 commercials at one time, you know, that was insane for us to do for like our second go, but we did it. It was great, but it was a lot, especially, so we wouldn't be able to do it without all of our partners and being in-house and being so close to marketing, product design and everyone else.”