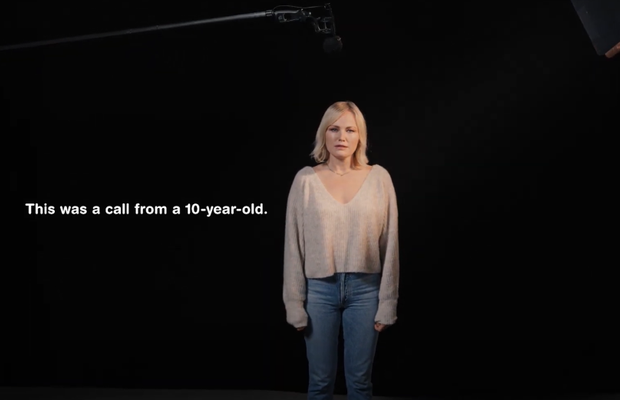 Adults are taken more seriously than kids, and so are their problems. But here’s the thing: kids have adult-sized problems. Anxiety, depression, grief – their problems are big and need to be heard. That’s why Kids Help Phone is giving them an adult voice to make sure they're taken seriously too.

In their first campaign for Kids Help Phone as agency of record, McCann Canada created a series of films featuring esteemed Canadian actors performing monologues about anxiety, grief, coming out and other real obstacles, only to find out that these conversations were actually from kids who have reached out to Kids Help Phone in times of need.

Directed by talented twin duo Jamie and Jason Neese, known for their work on the Emmy-nominated Netflix series The Umbrella Academy, UnReal and Dear White People, the films use actors to shine a light on real scenarios that Canadian kids face in the hopes of drawing attention to the severity of the problems that push young people to turn to Kids Help Phone.

McCann Canada announced that they have been awarded strategic and creative AOR duties for Kids Help Phone after a closed, qualifications based, search. McCann Toronto will be on tap to deliver against the brand’s national needs, with support from McCann Montreal for the organization’s needs in Quebec. Their mandate will include refreshing the Kids Help Phone brand identity and defining a new brand platform to support awareness of the organization’s ever-expanding services and the brand’s comprehensive fundraising efforts in service to reaching even more young people who may need help and support.

Kids Help Phone is Canada's only 24/7 e-mental health service offering free, confidential support through a multitude of services and programs in English and French to young people Last year, Kids Help Phone’s made over 4.6 million connections with youth in every province and territory — with an ever-growing mandate to always be there for youth when, where and how they need mental health support.

“We’re thrilled to have been chosen as the agency partner for Kids Help Phone,” said Ryan Timms, President of McCann Canada. “Honestly, we put 1,000 percent into this pitch because everyone at the agency wanted to be involved. What Kids Help Phone does is so vital for youth in Canada. They do so much and yet there is so much more to do. We’re eager to partner to further ignite a movement focused on youth mental health and inspire a nation of young people, donors, volunteers, caring adults and staff.”

“The pandemic has accelerated the mental health crisis in Canada with young people needing support now more than ever,” said Katherine Hay, President and CEO of Kids Help Phone. “By showing adults that young people also struggle with ‘adult sized’ problems, we hope to make the invisible impacts of their struggle more visible to raise awareness of essential services like Kids Help Phone.”

This campaign will run on national broadcast, YouTube and social platforms beginning December 6.

The Work That Made Me: Dave Roberts

Planning for the Best: "Above All Be Useful"