CCO at BBDO Shanghai, Aricio Fortes, delves into five projects from China that are each great examples of brands connecting with the next generation 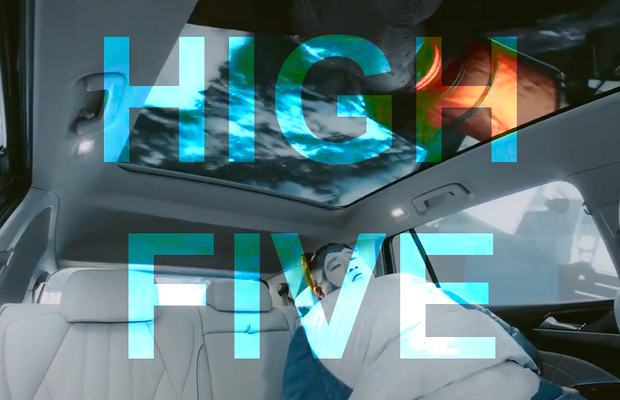 In China, Gen-Z is becoming the main consumption power. Every brand wants to catch their attention. So for my High Five, I have selected four works that have used different creative ways to reach out to young consumers and gain a big influence on social media platforms. Why four? Because I can’t leave my favourite James Bond out, of course...

Agency: In-house at Prada
During a national holiday, Prada collaborated with a famous wet market in Shanghai. What makes the Prada-branded market so special is that everything on sale is wrapped with Prada-branded paper, and you can get a paper handbag for free if you buy more than 20 RMB worth of items, making it the most affordable product offered by the luxurious brand. All wrapping paper and branded paper were printed with Prada’s logo and Jacquard pattern. The campaign launched after its 2022 spring collection fashion show. Lots of young people went to the wet market to buy food and took photos to share on their social platforms, which become a second wave of communication for the brand. It’s not simply an aimed campaign to bolster sales, it’s a test to consumers’ interest in cross-market products and to increase the brand’s awareness.

Agency: QIANMA
McDonald’s collaborated with Eleme, an online food delivery service platform, to launch an unusual social campaign to promote McDelivery. You receive a cardboard branded cat box that looks like a giant burger box when you order food. The pet economy is becoming an important pop culture and trend. Pet marketing is a new approach to gain young consumers’ attention. With this trend in mind, McDonald’s developed the idea that 'on a cold winter's day, let’s keep each other company at home'.' This handmade cat box was easy to make and easy to get and became a hot topic in young pet lovers' social platforms.

Wangxiaolu is an internet snack brand. To promote its chicken feet snacks during Chinese New Year, they created this funny campaign with five completely different styles of viral videos to attract young consumers. The highlight is a film featuring ‘laowai’, which is how locals refer to and call foreign people in China...and their addiction to chicken feet. Although these five films were funny, this way of brainwashing really made the audience remember the brand after watching it, which brought on a lot of subsequent sales.

Agency: 180 Amsterdam
Production: SMUGGLER
Director: Adam Berg
I like everything related to James Bond. DHL has collaborated with the 007 film series on many occasions. In 2021, before 'No Time To Die' was on show, DHL launched this film to celebrate the long-term partnership with 007. It’s not only a commercial to promote its safe delivery service, but also teaser for the 007 film. Although it’s not related to youth marketing, it cleverly used the resources and popularity of the film to increase its own attention. Besides this, I am also curious about how the agency and client got past the censorship with all those car chases and crashes.

Agency: BBDO Shanghai
This was one of the recent social hits on China’s social media. A SAIC-Volkswagen campaign featuring the real big boss of the company, where he acts as a very mean client to the creatives and does not approve any ideas. As the car launch deadline approaches, he approves one idea that he overhears from an unhappy creative 'Let's send this guy to space!' The curious story kept going until the actual car’s livestream launch, where he presented the car to the media from the space. This campaign overturned regular car launch events. It used a funny way to reach and appeal to young consumers by presenting the car’s performance instead of simply releasing data.