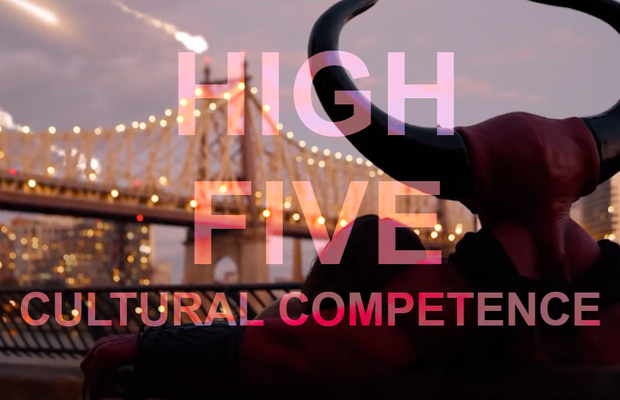 For an exclusive new series hosted by High Five sponsors, Freedman International, we’re speaking to leading brand marketers from around the world about the five campaigns that they’ll never forget - the campaigns which told a global story through a local lens and changed culture. Today, Fiverr's Gali Arnon shares her culturally competent High Five...
"One of the first ads that I remember was for an Israeli fashion company called Castro." said Gali. "It was an ad that had a huge impact, which elevated its status and seemed to be all anyone was talking about. The ad completely challenged the norm. A brand can rarely tell a story and get an entire country to talk about it. There are so few ads that have that kind of impact. It is an exciting thing to aspire to, the transformative ability that advertising can have in a fast-moving and ever-changing digital and technical landscape. I have always had a huge admiration for purposeful brands who know who they are, stand behind what they believe and create impact in the world beyond marketing - and some of the ads I have chosen here speak to that..."

Agency: Ogilvy UK
Production: Independent Films
Director: Benito Montorio
Post: Absolute
Dove really was the first beauty brand to put its celebration and empowerment of women at the heart of all their marketing and advertising in 2004. The campaign for real beauty held a mirror up to women and showed how beautiful they were just as they are. With 'Sketch Artist' in 2013, they really exposed the huge gap between how women see themselves and how others see them. They pioneered putting women of every size and shape on billboards and teaching the world - and women - to celebrate who they are. Out of so many great ads, I chose 'Reverse Selfie' as a mother of three young girls, two of whom are teenagers who spend a lot of time in front of their screens, just like other kids their age. They are comparing themselves to this perfect beauty model that exists only thanks to Photoshop and filters. That is why I think Dove is doing such an important and relevant job showing what real women and real beauty looks like. This is such a powerful ad, and even with the recent news of Facebook and their research about Instagram’s impact on teen girls, Dove was first to call this out and stop and make us all think.

Agency: Wieden+Kennedy Portland
Production: Pulse Films
Director: Oscar Hudson
Nike is another brand that continues to put its money where its beliefs are: social justice, equality and female empowerment. Again, with this purpose as a guide, they have been able to capture cultural moments, support movements and raise people up in a truly powerful and authentic way. The 'You Can’t Stop Us' ad is a great example of this. I remember when I first saw it at the beginning of Covid-19 lockdowns and what a powerful message it portrayed. What made it even more impressive was its use of sports footage, and the use of the split screen was an incredibly creative use of that footage at a time when people couldn’t get together to shoot something or produce something new. It showed what could be done in lockdown with imagination. It demonstrated optimism and strength in a time when people were concerned about their future. It was a beautiful and artful way of telling the world that it would be okay and that the world is really stronger together.

Match.com - 'A Match Made in Hell'

Agency: Maximum Effort
2020 turned the world upside-down. It made most advertisers look at what they were running and think again. There were a few brands that did a great job working with such a complicated and emotional year. Certainly, dating took a back seat to quarantine. One ad that grabbed it by the horns and faced it straight on was Maximum Effort’s 'A Match Made in Hell' for Match.com. Smart, funny, to the point, and most of all, memorable. Maximum Effort and Ryan Reynolds' unique take on 2020 for all their brands really stood out and made us laugh when we were not sure there was much to laugh about.

Agency: Droga5 London
Production: Somesuch x Revolver/Will O’Rourke
Director: Steve Rogers
Editorial: The Quarry
Post: The Mill LA
Colour: MPC
Sound: String and Tins
Humanising technology isn’t always an easy thing to do, but I think that Amazon did a great job with Alexa’s 'Before Alexa', which they premiered at the Super Bowl in 2020. Super Bowl ads can often be formulaic, 'brand + celebrity', but I think Amazon did a great job with this one. The ad really made me laugh and hit the mark on how in many ways, back through time, people have always had their Alexa.

Agency: Publicis New York
Production: MJZ
Director: Nick Ball
Editorial: Mackcut
Post: Parliament
Audio: Super Exploder
Well after talking about 'Alexa’s Body', I had to include Fiverr’s first-ever Super Bowl ad. Aligning with our purpose to provide people everywhere the opportunity to build their business band or dreams, we worked with Four Seasons Total Landscaping owner and president, Marie Siravo. Following a widely-publicised press conference that became a huge cultural moment and one of the biggest memes of 2020, when opportunity knocked for Marie, she grabbed it and turned her Philadelphia-based landscaping business into a worldwide name. They sold millions of T-shirts, began a social following that grew exponentially over time, had a documentary made (which airs in November) and starred in our Super Bowl ad. She is fearless, just like hundreds and thousands of small businesses around the world. With her entrepreneurial spirit and the support of some Fiverr freelancers, Marie knew a good thing when she saw it and truly lent into it.