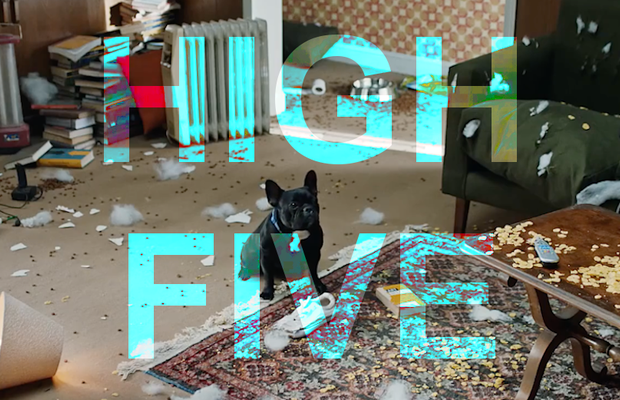 Today's High Five, carefully selected by head of strategy at FP7 McCann Cairo, Dina El-Dessouky, shows beyond doubt that, despite a worldwide pandemic with most of adland facing brand new and unprecedented challenges, the industry in Egypt has not bailed on its comedic roots. From an embarrassing proposal to mythical bad omens, the funny collection gives us a fresh insight into the country's best work from the last few months...

Agency: FP7 McCann Cairo
Hekaya is Etisalat’s hybrid tariff. It enables you for the first time to divide your bundle, and thus your payment, so that instead of paying the entire renewal fee, you can pay a quarter of it and use it for a week, or half of it and use it for two weeks and so on. Which is perfect for this target because they struggle financially as they have many aspirations and responsibilities to take care of. Instead of going straight to the point and saying the new feature, the copy conveys it in the form of a code. A code that teenagers and kids in Egypt used to resort to so that their parents or non-friends wouldn’t understand. It basically replaces the first letter of the word with an 'S' and adds a meaningless word next that starts off with the missing letter form the first word. So for instance 'Renew' would be 'Senew Respect', and 'Fee' would be 'See Gold', and so on. The copy says the entire code in a song that no one gets, and then the parrot at the end of the copy deciphers the code. The copy features Ahmed Helmy a celebrity comedian.

Agency: King Tut’s Playground
This is a fresh campaign developed by Hamdallah’s King Tut’s Playground, showcasing different situations that are so embarrassing that you would wish you could physically 'block' the world. One shows a huge public proposal of someone who’s in the friend zone, another shows a guy bullying a celebrity like there’s no tomorrow and the third one shows a man forgetting the name of his friend who apparently knows him well, and to add insult to injury he congratulates his sister on her pregnancy when she isn’t pregnant. The copies end up with whenever a break isn’t enough, you need 'Block'.

Agency: Circus Cairo
Building on the success of a previous campaign using the same tune, this campaign features the mega celebrity comedian Mohamed Heneidy, who has been long known for making fun of his own size. So launching Mini Molto, the brand used the celebrity to rap sing hilarious lyrics making fun of the brand’s choice to use him for that and saying how uncreative that is. The lyrics are satire-full and entertaining to watch, and more importantly they deep-root the news of the launch.

Agency: Elephant
This is an ad that just launched. Molasses in Arabic translates 'black honey', so the ad played on how black is normally associated with either something negative or a bad omen. The entire script recites multiple bad somethings that aren’t good. Black news, black cats, black days, black mask… then ends the copy with: “It is black yes, but it’s honey and is nutritious”.

Agency: JWT
Flex is the name of the unit used in Vodafone’s hybrid tariff. The offer the brand had was that each Flex has been doubled for you. This ad is visually interesting and entertaining, even though it relied on the well-known and heavily used recipe of getting a celebrity - and in this case, three - along with a jingle.