Executive creative director at HUGE London, Wayne Deakin, opens up on five British projects that he thinks deserve recognition at this year's awards 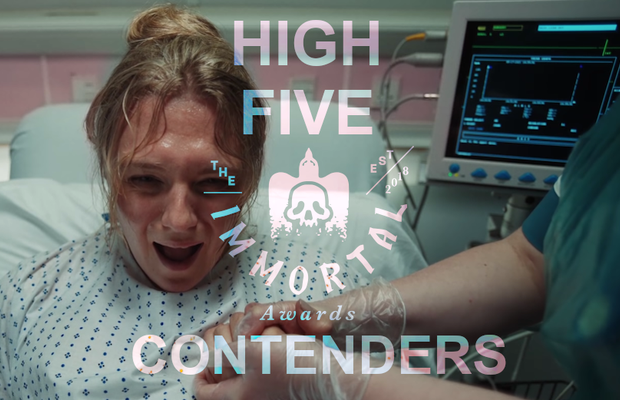 Having lived and worked in six countries, and as an Aussie expat who has called the UK home for a number of years, I am constantly amazed and surprised at the great work that old Blighty creates. Maybe I don’t celebrate the national team in cricket - sorry folks - but I am a massive believer in celebrating the talent and craft this old grey-skied nation delivers...

Agency: In-house at Burberry
Production: Riff Raff Films
Editorial: Final Cut
Post: MPC
Taking on a classic piece of cinema is always a brave choice for any brand. This spot does it and then some in a fearless elegance peppered with lovely modern twists. From sound design to CGI, it just doesn’t put a foot wrong. Having helped a number of global fashion brands push boundaries in the past, I know the intense pressure all the clever folks who made this would’ve been facing to bring it home - so this larger than life grandeur, grounded in the reality of a very modern Britishness (including the unpredictable British weather charmingly included), makes this a modern classic in its own right and something that ticks many boxes for becoming a strong contender.

Agency: Leo Burnett London
Not a lot of people know that I spent many years in print advertising and graphic design before I moved more into the digital world, so when I saw these posters, I instantly loved them. For me, great posters are all about the art of reduction and distillation. These are beautiful simple and strong. The graphic balance of elements, choice of brand colour shades and style of illustration - all just work. In an average high street full of hollering and busy shit posters, these posters just quietly stand out. For some reason they give me the same feeling as when you are waiting for a London night bus on a cold 3am morning and then one suddenly comes into view. There’s something welcoming and inviting about them.

Agency: Havas London
George Orwell said: “The most effective way to destroy people is to deny and obliterate their own understanding of their history.” That’s why I love this work and its ambition. It’s about rebalancing, awareness and physically making moments to stop, think and send an important message out to the world. Again, it’s a very British idea that is a simple twist on culture and launched at a time when the world needed to wake up to what has and is happening.

Agency: 4Creative
Production: Serial Pictures x Somesuch
Director: Bradford Young
Editorial: Final Cut
Post: Time Based Arts
Sound: Leland Music x Factory Studios
When the world is telling us that everything needs to be short and snackable because people don’t have attention span anymore, this three-minute film demonstrates that great creative and craft doesn’t have to play by that low-bar attitude. A brilliant piece of storytelling and craft that shifts the conversation forward in a powerful and charming way. Gold medal standard.

Agency: Droga5 London
Production: Biscuit Filmworks
Making a prediction here, but I am betting this 90-second ad picks up more than a few awards in other shows...but is it 'immortal' you might ask? I think yes. We’ve all worked on many beer ads and know the normal restrictions and watch-outs one has to navigate. This ad ignores all the normal category expectations and instead goes full throttle in your face in lovely twists and turns that cleverly jest with the beer ad narrative. The energy, casting, art direction and edit is bang on for a modern-world looking to embrace sociability after Covid-19, and the end pack bait and switch shot twist, for me, tips it into a classic piece of work. If the legend Joe Sedelmaier did a modern beer ad, it would look like this. Proper challenger brand ad.
Entries to The Immortal Awards are now open and Little Black Book members can make their submissions here today.
Entries into The Immortal Awards will be accepted until 10th September 2021. There will be no deadline extension. All entries must be made for a commissioning client, and must have first aired, broadcast, displayed, launched or published between 1st September 2020 and 31st August 2021.
Every member of LBB is entitled to up to five entries, depending on their membership tier. This year, Bronze members receive one entry, Silver members will receive two entries and Gold members will receive five entries. The full list of rules, including eligibility dates, can be found here.
If you’d like to enter the Immortal Awards but you’re not yet a member of LBB, sign up here today. If you’re already a member and would like to increase your number of entries, you can upgrade your membership here.