Amitabh Bhattacharya, founder and executive producer at Never Ending Story, picks out five ads that have recently cut through the clutter 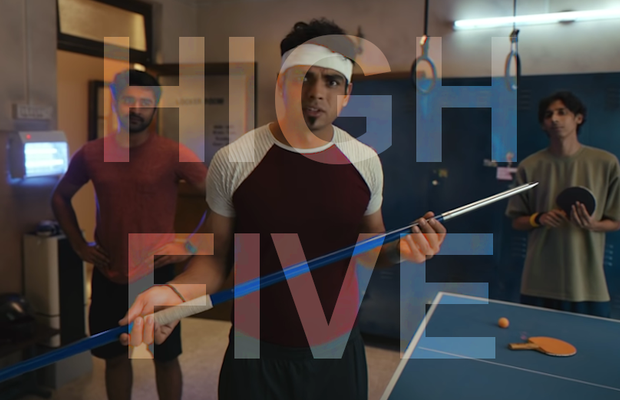 My name is Amitabh Bhattacharya and I am the founder of Never Ending Story, a commercial production house based in Mumbai. I started my career as a copywriter in JWT way back in '92. In 2003, I started my first production company. I didn’t want to be a director, I wanted to produce. It has been my lifelong dream to be a good producer, and after almost two decades of producing, I am still learning. Before I share my five favourite creative works in the last three months, I should mention that this is the festival season in India and all brands focus on festival-centric advertising. Most advertisers focus on promos, offers and deals. Then there is the IPL (Indian Premier League). The creatives for festivals and sporting events are often tactical and seldom have anything surprising to offer. Here are five ads that cut through the clutter in terms of ideation and execution, or either...

CRED - 'Great for the Good'

Agency: Super Team
Production: Early Man
This is by far the most visible campaign in India this year. As is the case with most brands in India, this campaign also uses celebrity endorsements. And that is where the similarity ends. The creative team - a group of standup comedians and ex-agency creatives who teamed up with director Sanju Ayappa to write the scripts - turned the entire concept of celebrity endorsement on its head. The outcome is a hilarious and highly memorable campaign. The one I am sharing with you stars 23-year-old Neeraj Chopra, India’s latest sporting sensation who won the nation’s first athletics Gold in Tokyo 2020 Olympics.

Agency: Ogilvy India
Production: Good Morning Films
This ad has a 28-year-old history. Launched in 1994, the original ad showed a girl dancing to celebrate her boyfriend`s cricketing heroics. The new version, recreated almost frame by frame, shows a girl as the cricketer whose boyfriend, a spectator, celebrates the same way. In a country where cricket has always been seen as a men's sport, this ad makes a bold statement on gender equality. It also celebrates the rising popularity of women’s cricket in India.

Stayfree - 'It's Just a Period'

Agency: DDB Mudra
Production: Vanilla Films
In spite of all the attention it gets from brands, governments, NGOs and social media, menstruation continues to be a taboo topic in India. In Indian households, the women may talk about it among themselves, but men seldom participate. The Stayfree ad creates an interesting premise to get real life fathers and daughters to open up on the topic of period.

Titan Solidarity - 'We Are One'

Agency: Ogilvy India
I picked this piece for the simplicity of the message and the aesthetically pleasing animation and motion graphics.

Agency: Ogilvy Delhi
Production: Good Morning Films
Thums Up is one of the most iconic brands in India. A home-grown brown carbonated soft drink, it has been a market leader in its category for over four decades. Interestingly, all this while the brand’s advertising theme has remained more or less the same, with male action heroes pulling superhuman stunts for their bottle of Thums Up. So when this ad came out, it was a refreshing change for two reasons. One, even though Thums Up has been associated with sports, it seldom used it as a brand theme. Two, the protagonists in the film were reel heroes but the real ones - the para athletes. To see non-cricket sport get this kind of attention in India is quite heartening.

Amitabh Bhattacharya: “The Best Agencies Are Also the Bravest”

A Producer’s Insight on Indian Advertising and Creativity

Production in India: How Serious Is Sustainability?