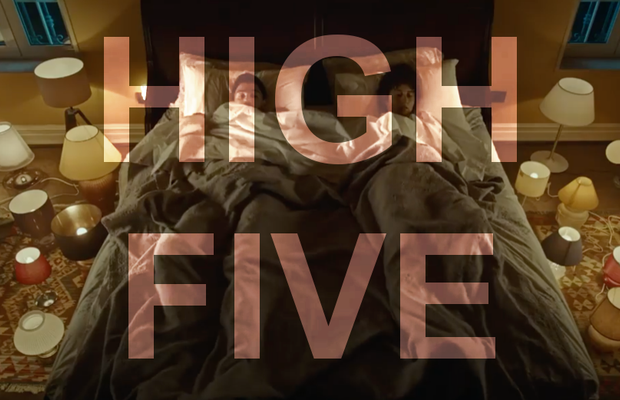 For today’s High Five from the UAE, Fp7 McCann’s Tahaab Rais (President - MENAT SLC, Regional Head of Strategy & Truth Central) shares five very different campaigns from the UAE that have tickled both his strategic sensibilities and his discerning directorial eye.
"I’m a big fan of idea archetypes. I’ve defined around 25 of them. They help inform more practical strategic thinking and hence, impactful creativity. I’m also a big fan of deconstructing campaigns. So, when asked to pick 5 campaigns over the past couple of months that have stood out for me, I wanted to deconstruct the ones that have stood out, into some of the 25 idea archetypes that exist," says Tahaab.

Campaign - Emirates NBD: The Wise Ones from Fp7 McCann
A 2019 study in the UAE showed that more than 48 percent of people are more willing to share their data and have it used — ethically — by a company if it makes their life easier and more rewarding. Given the existing economic crisis where people have become more conscious of the value they get from the products and experiences that they spend their money on, financial prudence and literacy are not just a “nice-to-have” but an imperative.
One regional bank, Emirates NBD, has taken a novel, world-first approach of using customer data ethically and meaningfully by combining it with creative storytelling to show how people can spend and save wisely. The films’ narrative style diverges from traditional testimonial style and adopts a more tongue-in-cheek approach to demystify financial prudence by telling the stories through the lens of those who admire, envy or look up to the bank’s customer.  When competitor banks’ CMOs write to Emirates NBD and state how this has made them jealous and how they respect Emirates NBD for doing this, that pretty much sums up the impact this has had on the banking industry too.

Campaign - An Nahar: Donate Ink
Given everything that has happened in Lebanon in 2020, the environment is grim out there. Most Lebanese I know are either looking to move out or are struggling to keep the optimism up. In this environment, any idea that helps people live a slightly better life and alleviates the financial burden on them, should be appreciated.
So, I found this idea from back in 2019 one that was worth looking at. Even before COVID-19, newspapers in Lebanon were struggling to survive. Online usage was killing the need to buy a newspaper. Go to any news website and it’s the first thing they ask you: “Help us”. An-Nahar, a newspaper in Lebanon, are no different. So, they appealed to their reader base in an emotional way. They didn’t ask to donate money (not directly). They asked for people to donate something that’ll help them keep printing. Donate Ink was born. I’ve heard it has been successful and the money went straight into the workers’ pockets, helping them feed their families in a really appalling economic environment in Lebanon.

Mobily: ProtectSet from MullenLowe
This is a topic (child sexual abuse) that’s unspoken to an extent and hence, very relevant in the region. And this is a behavior (gaming) that’s very relevant in the region too. So, I liked how this idea tries to keep children safe from predatorial strangers while the children game. The feature while open to risks, such as kids being lured to turn off the voice alteration feature, has the right intent and hence, has its merit in hiding the real age of kids.
I must say, as a parent myself, that this technology needs to be aided with actual conversations between parents and children about keeping themselves safe, parents keeping an eye on what they’re playing and who they’re playing with (preferably their friends), monitoring screen time, and keeping that protective eye on them, besides the headset.

Archetype #4: THE REBEL WITH A CAUSE

STC Pay: The best has come, by Wunderman Thompson
Saudi Arabia is evolving at an exponential rate. And advertising from leading brands needs to mirror that reality, evolving from a generic and conventional representation of the country and its people. Additionally, Saudis love the weird and the wonderful when it comes to the content they consume.
So, I really liked how fresh, dynamic and untypical this particular film from STC was, in order to launch its digital payment product: STC Pay. It’s colour choices and energy is a step change from film advertising in the country. It’s irreverent at times. And the best part, in my books, is that they’ve helped give agencies in Saudi Arabia a good reference for presentations to clients to convince them that work doesn’t need to be plain vanilla.

Netflix MENA: Lights On from Science & Sunshine
Most horror movies get some of us freaked out. About what’s behind the door or the corner. Or about what turns up in the mirror after we wash our face and dry it and look in the mirror. Or about sleeping with the lights on.
This light-hearted take for Netflix MENA’s regionally-created horror show, Paranormal, is a simple quirky film that captures those little irrational fears (Confession: I don’t get freaked out by horror movies!). For a show that isn’t all the scary, this has some true insights weaved into the narrative and at least it got a few people get snuggled into their couches and beds to check the show out.