Pablo Maldonado, chief creative officer at Wunderman Thompson MENA, Dubai, on five recent projects from the country that have caught his eye 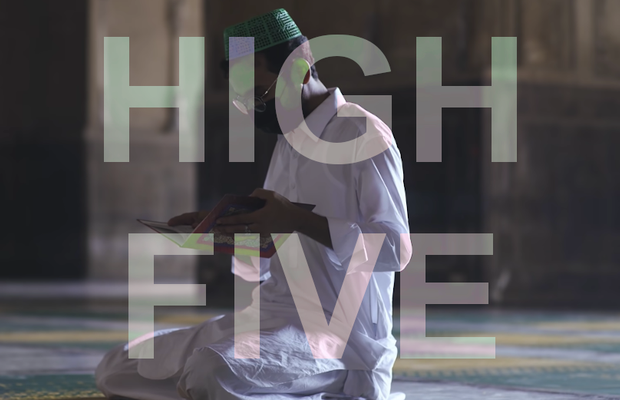 I’m a 100% dedicated Dad to Sebastián and Dante. Also, a 100% Cannes Grand Prix winner in innovation with Degree Inclusive. An 86% amateur soccer player, a 99.9% barbecue connoisseur (there’s always room for improvement), a 50% ad nerd and another 50% heavy pop culture fan. And yes, it’s clear that I am a 100% believer in data, but let’s be clearer here… storytelling is king.

Almost everything that can be said has been said about KitKat’s iconic Have A Break concept, and about 2020 too. But we observed that during the lockdowns people found new ways of feeling a sense of belonging to maintain normalcy. For many, the solution was to jump headlong into fun and exotic new hobbies. But what happens when they take those a little too seriously? So, we proposed people take a break even from the things they do to relax until the world gets back to normal. 'Breakmarks' was a campaign that started as a local initiative, then was immediately released in some of the main markets in Europe, and finally was launched globally by the brand on their official accounts. Press and social were the most effective platforms for this idea, which has the right mix of relevance and witty humour. People reacted surprisingly well to this idea.

I like ideas that speak to people, that understand what’s going on in the streets, and that when they finally see the light, don’t feel like advertising but rather content that we would all share on our Instagram. This idea meets all those conditions. A simple observation, but emotionally relevant.

The freshest of all, and one that makes me delirious. IKEA is always looking for ways to be part of pop culture and people’s conversations, not just ad people. I think what I like the most about this is that it comes from an always-on brief and could have been just a post on Twitter. But no, it’s a campaign that the brand released! And by the way, who hasn’t tried to create an idea out of the IKEA instruction manual!?

Apologies for continuing with the Covid-19 theme. However, it would be foolish to deny that the world and advertising will never be the same after 2020, wouldn’t it? This idea is very culturally relevant to this region, and I think it was executed in a respectful and smart way. I like that it takes a medium that no one had used before, like a mat, and turns it into a relevant piece of communication for these times.

‘The Sad Sandwich’ (if I may, I would have called it ‘The Sadwich’) is simple, reveals the brand before second 10, shows the benefit of the product several times throughout the story and has a very sticky song. I chose it because now that everything is about cases that solve big problems of daily life or specific communities, it is refreshing to see a piece that only seeks to solve an everyday brief with a clear benefit and well-crafted tone of humour.