British advertising this past month was a game of two halves, writes Alex Reeves - in association with the APA 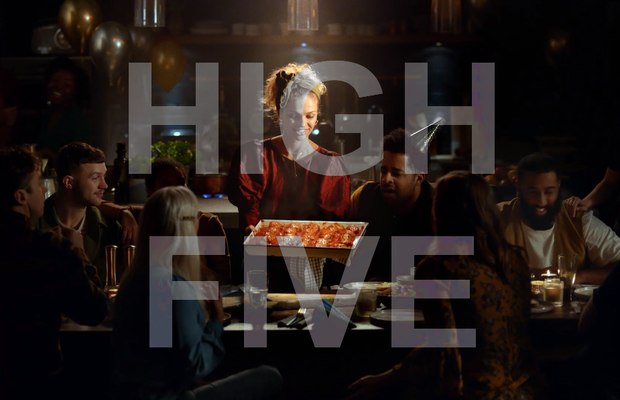 Summing up the best British creative work is an awkward one this month. To say March in the UK was awkward is a whopper of an understatement. Like in so many countries, life a month back and life now are barely comparable. That means that half of the good advertising I’ve selected is very much from the Before Coronavirus (BC) era. That said, it’s still all great.

adam&eveDDB’s work bringing adidas, EA Sports and Google together to create a wearable that translates real football skills into in-game benefits is a total gamechanger. The synergy on display here between three gigantic brands is staggering and it works to push the right message for all three, as well as furthering gaming and sport in general. It’s so neat. Good job people are still allowed to kick a ball around by themselves in a garden, according to UK lockdown as it currently stands, so it’s JUST ABOUT still relevant, even if it did come out in ‘the before times’.

Lurpak - Where Are the Cooks?

Every Lurpak film Wieden+Kennedy London has created has spoken to me (and the majority of home cooks, I imagine) on an emotional level. Every time it’s a cinematic treat that makes you want to do nothing more than get in that kitchen and melt some butter. Kim Gehrig adds to this strong legacy with a film that takes the idea forward in an anti-waste direction. It’s glorious. And at a time when many of us are left wondering what sort of meal we can fashion from the knobbly carrot at the back of the fridge and the last handful of dried pasta, lest we have to go outside, it’s even more poignant a message than it was when the ad first aired.

This is a totally unofficial campaign by Nathalie Gordon and two of her colleagues at creative agency Pablo, Amy Fasey and Jacob Hellström, just an effort to try and communicate the key message of social distancing in a way that uses the expertise of an ad agency to its full potential. As Nathalie told Laura Swinton, they were baffled by the people they were seeing out on the streets disregarding the British government’s social distancing advice, when it was very clearly there to save lives. These posters take the perfect tone of gravitas with a dash of dry wit. I have no doubt that they’ve saved lives.

Another project not created for a client but for the good of the British public - and to protect its beloved National Health Service. This is one of those pure, elegant bits of creative thought that will endure. St Luke’s flipped the NHS logo so it reads SHN, short for ‘Stay Home Now’. It doesn’t take any more explaining than that. You get it. The reversed logo has been shared and personalised by thousands of individuals as well as organisations like NHS trusts and schools. A number of celebrities have also shared the message, including David Walliams, Vicky McClure, Katie Piper, Nick Frost, David Tennant, KuruptFM and Chabuddy G and The Who. What’s more St. Luke’s has now made the logo assets available as an open resource for anyone to use in ways that help get the message out there even more.

AMV BBDO has been smashing taboos for years now with its work for Essity (which owns Libresse/Bodyform and TENA) and they’re back at it again. The 60-second shot by Yorgos Lanthimos features women over the age of 55 discussing their attitudes to sex and their own bodies. The script was developed with the women who star in it and is in their own words and reflective of real-life experiences. It’s more honest than anything I’ve seen on the subject and thanks to the collaborative writing process it feels so real. I should say that it feels real to me, as a man quite a bit younger than 55, but the YouTube commenters all seem to agree that it’s a hit, which says something.