In the past month the best of British advertising has submerged us in commercial Christmas cheer, writes LBB’s Alex Reeves – in association with the APA 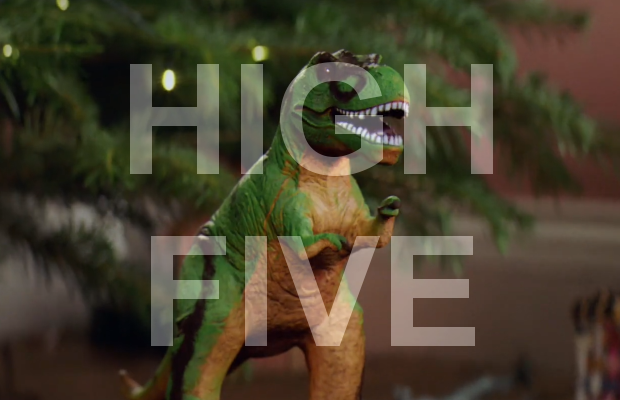 While contenders from other parts of the world increasingly impress the creative world, the UK is probably still the country best known for its Christmas ads. And in November, the UK industry pelted us with a blizzard of festive fun for all the usual clients, as well as a couple of interesting new entries. It’s all a lovely distraction from the fraught political landscape as another general election looms above the country.

Argos - The Book of Dreams

We all know the UK is in need of uniting at this fractious time. And one thing that can do that for anyone who grew up before the internet is nostalgia about flicking through the Argos catalogue, making selections from the neatly categorised products within its pages to carefully construct the dream Christmas list. So when I discovered The&Partnership had digitised every Argos catalogue going back to 1974, I was immediately sucked into a vortex back to my childhood. Then when I saw Traktor’s explosion of festive joy to further drive home the concept of ‘The Book of Dreams’, my Christmas spirit was well and truly summoned.

“Very, very, very, very, very unacceptable” is a genius bit of copywriting that looks underwhelming on paper, but when it’s coming in the form of a crushing diss from a rapping toy dinosaur, it’s the kind of unexpected magic that we need to melt through the flurry of cliches that Christmas campaigns throw our way. Advertising doesn’t usually mix well with grime, but Mother’s collaboration with the stalwart of the genre D Double E feels both family friendly and true to the scene here. Even with Tom Kuntz’s comic warmth tying it all together in a film, I’m surprised they pulled it off, but I would be happy if ‘FRESH N CLEAN (SILENCE THE CRITICS)’ got to Christmas number one.

OK, OK. It’s the obvious choice for best Christmas ad every year, but I genuinely believe the John Lewis & Partners Christmas ad (this year also serving as the Waitrose & Partners campaign) is still right up there with the best of them. Both familiar enough to be comforting and new enough to delight, the usual dream team of adam&eveDDB and Dougal Wilson deliver the cockle-warming goods one more time. With tip-top VFX wizardry thrown in by Untold Studios, Edgar goes in as one of the best mascots since the department store started making people cry every November. I’m sure they’ll sell lots of little dragon toys.

You’d have thought my heart would be at capacity for adorable animated characters, but it seems that when they’re as cute as this I’ve got space. Archie the Reindeer (who is actually a dog, but don’t tell him) is a delight to spend time with. Leo Burnett has gradually been making moves into the festive ad space for a few years now to the point that it’s one of the ones we actively look out for and we weren’t disappointed by the fact that the agency had turned to emotional performance master James Rouse again to co-direct the spot with animation specialists Againstallodds. This will go down as  smooth as a glass of sherry and a mince pie (or indeed a pack of carrot sticks) when it comes on in the commercial break between It’s A Wonderful Life and Die Hard.

The idea of condensing 100 years of history into 90 seconds might sound familiar, but BBH totally landed in the sweet spot for tone when the agency decided to build its Back to the Future-esque tale around Joel, an instantly likeable Tesco delivery driver. Nostalgia is so often a powerful theme at this time of year and with Traktor at the helm of this one too, the key moments in British history - from Dickens to the rave scene - delivered exactly what I wanted.