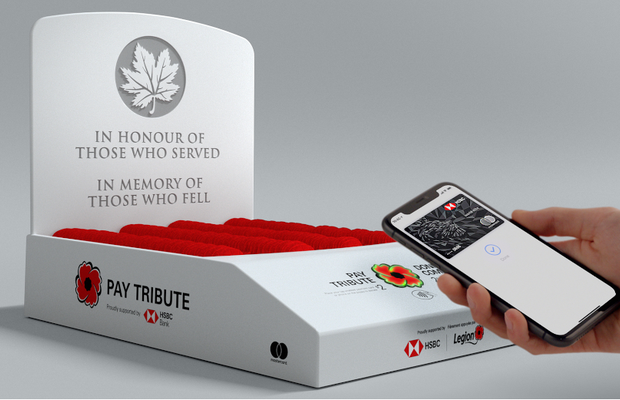 More and more people are carrying less and less cash, which is bad news for charitable causes like the Poppy Appeal. Add in a global pandemic and the general danger of standing in the street interacting with passersby, and the prospect of selling many poppies seems increasingly difficult.
The Royal Canadian Legion, in association with HSBC Bank, has launched a new way of donating with a smartly designed, fully contact poppy box. Created by Wunderman Thompson Canada, 250 of the aptly named 'Pay Tribute' poppy boxes have been created to give Canadians choice in how they donate while preserving the tradition of wearing a lapel pin poppy as an act of Remembrance. What's more, they've been engineered to operate unattended, not requiring a veteran or volunteer to accompany them as they traditionally have in the past, as the Royal Canadian Legion looks to keep those most vulnerable safe during this ongoing global pandemic. Instead, the boxes have been placed across the country in government buildings and retail environments including HSBC bank branches.
LBB's Addison Capper tapped Ari Elkouby VP, executive creative director of Wunderman Thompson Canada, to get the full lowdown on the design.

LBB> What was the initial brief from HBSC and what were your initial thoughts when you first saw it?

Ari> The Royal Canadian Legion’s poppy donation drive and their iconic boxes are very much part of the Canadian experience. Modernising these boxes comes with a great deal of responsibility and high expectations. We felt like we struck a respectful balance of evolving a cherished tradition while adding a new element of storytelling and functionality. Both the agency and HSBC Bank Canada couldn’t be prouder of the outcome, but more importantly Canadians have responded very favourably to them.

LBB> What inspired the idea for a contactless poppy box? And how much of this idea was informed by the pandemic?

Ari> The conversation began with the Royal Canadian Legion acknowledging that the world is moving towards a more cashless society and the impact that was having on their donation campaign. At the same time there was a desire to pay tribute to our veterans through the design of the box itself along with the act of Remembrance by wearing a poppy. The box had been designed to be held by a volunteer with a removable back plate that doubled as a lid as well as anchors for support straps to take the strain off the veteran or volunteer holding the box.
When the pandemic hit the decision was made to move to an unattended solution this year, which meant ensuring that the boxes communicated all of the pertinent information on their own. The glowing poppy was added as an eye-catching element to draw attention in a retail environment where a volunteer or veteran previously performed this role.

LBB> What kind of research did you undertake before landing on and following through with this idea?

Ari> We did a lot of research into Canadian war memorials, cenotaphs and acts of remembrance from around the world. The idea of using elements from these sources to remind Canadians of the sacrifices that our veterans have made appealed to us. We landed on three specific elements, which we ultimately incorporated into the box design. The rows of poppies inspired by the famous poem ‘Flanders Fields’, the Canadian military gravestone backing and an inscription from the cenotaph in Halifax.

LBB> Once you'd landed on the idea, what were the next steps? How did you begin making this a reality?

Ari> Once we had a rough idea of what we wanted to produce, we needed to ensure it was as accessible as possible. Light and sound were going to play huge roles in communicating the status of the tap donation. We worked with our manufacturer and technology partner to create multiple 3D prototypes – making adjustments along the way until we were confident that the finished product reflected our shared vision. 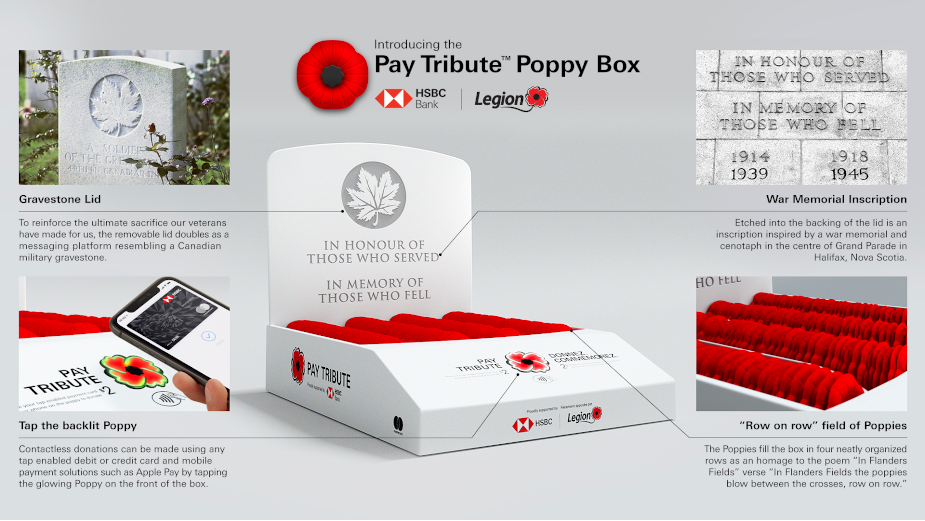 LBB> What was the design process like for the box? What were the main points of focus?

Ari> We paid special attention to the footprint of the box, the legibility of the inscription and tap directions to ensure the box was attention grabbing from afar and legible up close. Portability and durability were also areas of focus. Having a backer that doubled as a lid helped protect the poppies during shipment and storage. We built a tension lock for the lid so the number of parts were kept to an absolute minimum. We worked closely with our manufacturing partner to come up with fastening solutions that didn’t require additional hardware, so the pieces simply joined together. All of this was done to minimize the required assembly and maintenance of the box.

LBB> And what other elements of the campaign are involved to beef up awareness and usability?

Ari> The campaign this year consists of a mixture of broadcast, digital out of home, social, newspaper and PR. We’re also directing Canadians to a campaign landing page at hsbc.ca/PayTribute where visitors can access a Google map of the location of all 250 poppy boxes across Canada. 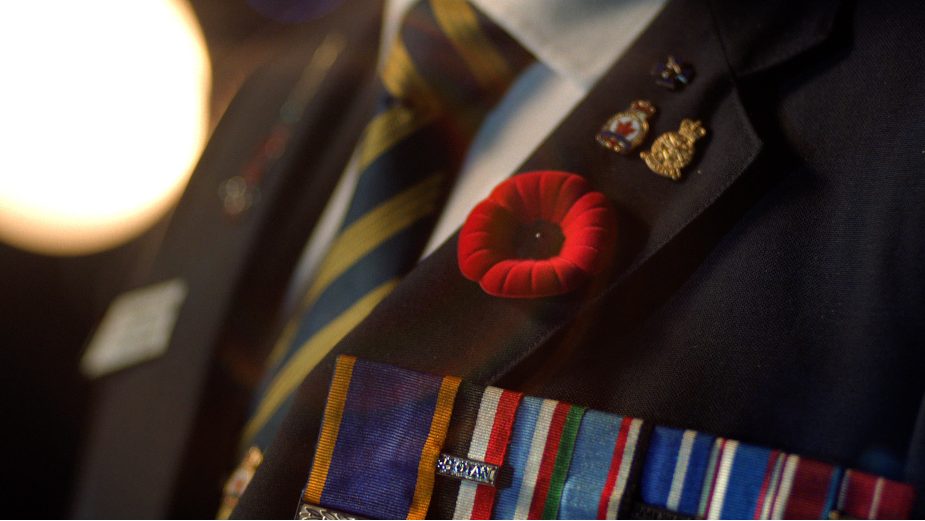 LBB> What kind of reaction have you seen since launch?

Ari> The response has been extraordinary. The day that we revealed the new boxes, the story was covered by virtually every national news media outlet across the country without a single penny of paid media spent. The news has been shared by the mayor of Canada’s largest city, Toronto, and by the Canadian Military over Twitter. We anticipate the news to continue to make waves leading up to Remembrance Day this year.