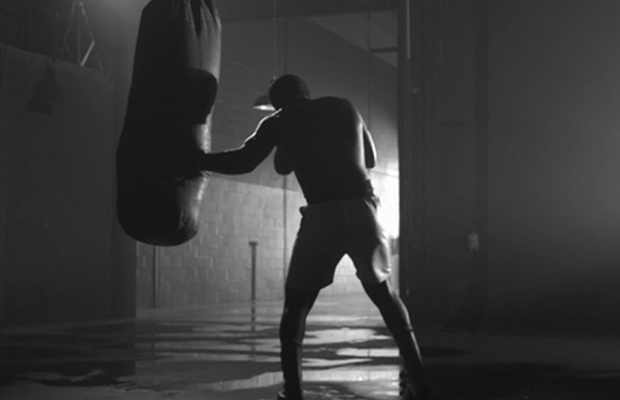 Someone once said to me, “you should never meet your heroes”. Crazy statement... Right? I mean the whole point of meeting the person that inspires you, be it Oprah Winfrey, Greta Thunberg, Naomi Osaka, Cristiano Ronaldo, Elon Musk, Nelson Mandela or Muhammad Ali, is that these influential people - dead or alive, young, and old - have propelled us from a state of daydream to acting on our deepest aspirations.

They have changed both our inner and outer world because of what they have achieved. And in times when we cannot see the light in the banality, cruelty, desperation that exists in our lives particularly now with the Covid-19 pandemic or social unrests; their life journey, their convictions have in one way, or another acted as a beacon that guides us to activate our highest imagined self.

What makes it more surreal when we meet our heroes is that as much as in our minds, they are supernatural. They are made in our image. They are flawlessly and unmistakably human. Made of flesh and blood. They breathe the same air as we do, they exist in the same realm and universe as we do. They walk and talk like us. They feel pain and cry like us. When we do meet them, we are able to feel and touch them. And being in the same room, same ether as they are, we feel like some of that magic dust will descend on us and give us (even if it is an iota) of what it is, that makes them great.

Is it not also why pre-Covid 19 (indeed those were wild times!) we would stampede for autographs, groupies, photo-ops, desire just a glimpse, (if lucky) eye contact with celebrities or icons?  We hoped that their beaming rays of light would cast a sliver of their brilliance on us and for a minute; we would know how it feels to be like them. Uniquely special, not just one of seven billion, but one in seven billion, and like a supernova, luminously powerful!

For us at Chocolate Tribe, we had the opportunity to “meet” one of our heroes.

Mid-2020, we were approached by Egg Films and one of the largest African streaming services, ShowMax, to revive Muhammad Ali. While we were truly honoured to be part of this exhilarating project, we were sweating bullets!  Not because we thought we could not deliver director Adrian de sa Garces’ pre-eminent vision, but because Muhammad Ali, the boxing legend, consummate entertainer, human rights activist, conscientious objector with the gift of the gab - is a blistering force of nature. How do you capture his larger-than-life personality? His towering figure? And more so; from a physical perspective, he is singularly one of the most recognisable boxing champions of our time. In interviews he often talked about how tall, pretty, beautiful, and fast he was. Famously known to “float like a butterfly and sting like a bee,” his style of fighting was very distinct, ranging from his footwork to his head and body movements when he was ducking or delivering blows. No small feat to capture all these nuanced characteristics in camera and CGI.

Considering it was early days of the Covid pandemic, the decision had been made to not film the boxing ring and video walls, but rather to create the whole set in 3D.

Being methodical in our approach; an animatic to plan the overall feel of the ad was assembled, and a boxer of similar gait and fighting style as Muhammad Ali was cast. After filming several beautiful close-ups of the actor, we went into motion capture sessions to digitize the boxer’s movements in preparation for the digital revival of Muhammad Ali. Having done the live action plates and motion capture, an advanced post-vis was assembled to plan all the CGI shots.

Our 3D modelling, texturing and shading team began sculpting a highly detailed Muhammad Ali, as well as shaping the various 3D spaces for the live action and computer-generated Ali to perform in the ring. 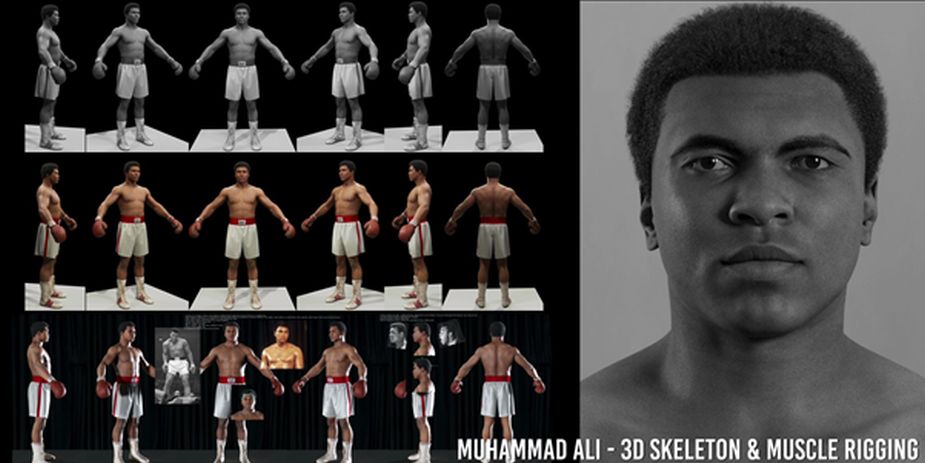 This project is close to our hearts and has won several awards, including Ciclope Africa 2021 in the VFX category. Part of the allure of this project for Chocolate Tribe was also its challenge. We had never met the indomitable Muhammad Ali, but we wanted to honour his legacy. So, we had to get to know him closely, through significant amounts of research, including archival materials, photos and interviews from the moment when he was a young and an upcoming boxer in Louisville, Kentucky.  His facial and body weight changes to fully embody not just his changing physique throughout the years but his essence. There were several photo references that we used to model and deliver the final 3D look. To ensure the body dynamics and idiosyncrasies were as true to life as possible, Ali was rigged with a skeletal, muscle, fat and skin simulation system called Ziva Dynamics, to achieve the different layers needed to add weight to his movements. The biggest compliment was from reviewers assuming that the ad was completely live action, not realising that 75% of the commercial was using our virtually created Muhammad Ali in a fully digital 3D set.

Chocolate Tribe - in the 3D universe - created Muhammad Ali. In this way, while capturing parts of who he was, we wanted to preserve the magic and enigma. Which allows him to be our hero without us violating him, with great expectations of who we think he ought to have been. His greatness to us lies in the mystery of imagination and in a way, he remains transcendental.

To view the full advertisement and more of our work from Chocolate Tribe visit our website.