How Coronavirus Sent This ŠKODA Ad Back to the Drawing Board... Twice 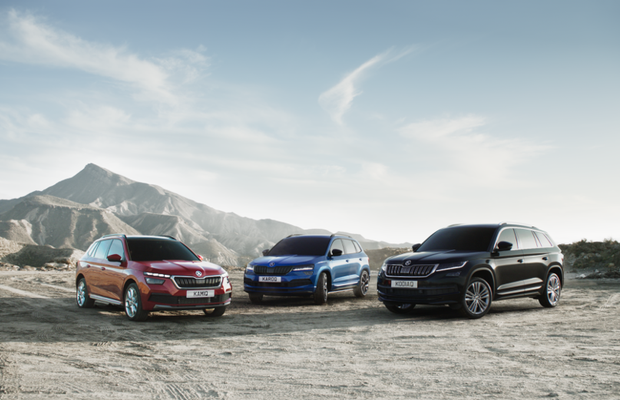 ŠKODA has the latest instalment in its Driven by Something Different series, with a film created by Fallon London to promote its range of SUV models, but it’s not your standard car ad.
Plans for the film to be shot in Europe near the Mediterranean coast earlier this year were quickly cancelled as the nationwide lockdown took hold. Instead, the agency, along with teams from VFX experts Electric Theatre Collective built the brand’s first ‘virtual ad’, taking footage shot on location in 2019 as part of the KAMIQ launch campaign and utilising CGI technology to bring in the two latest models, the KODIAQ and the KAROQ.
The seamless blend of live action and CGI shows the cars from every angle as they drive in a playful dance across the desert, reflecting a hint of good-humoured rivalry between them. The film is set to the soundtrack of ‘Whirlpool’ from legendary singer, songwriter, pianist and guitarist Wanda Jackson. The ad also features the voice of award-winning actress, Ana Geislerova, from ŠKODA’s birthplace, the Czech Republic.
“This film shows what creativity can achieve when facing every and all restrictions,” said Chaka Sobhani, CCO at Fallon London. “Created at the beginning of lockdown, like for many our plans changed rapidly but thanks to the lateral thinking and brilliance of the Electric Theatre Collective and our clients at ŠKODA, we were effectively able to deliver a launch without actually shooting an extra frame.”
Impressed by what can be achieved despite a big pivot being thrust upon them twice, LBB’s Alex Reeves asked Hayley Power and Steve Robertson, the creative team at Fallon, to tell the story of the campaign.
LBB> Where did the idea begin and how far did things get before Covid hit?
Hayley and Steve> There was originally another script that had been approved by client and due to be shot in Italy. We had to revisit the script when Covid very first hit, and were tasked with rewriting something that could be made within the growing production restrictions that were emerging.
LBB> What was the moment like when you realised it wouldn't be possible to shoot?
Hayley and Steve> By the time we’d written a new script, lockdown was nearly upon us and it became clear that not only would we not be able to shoot in the UK, we likely wouldn’t be able to shoot at all. Sure enough, as soon as lockdown was confirmed we quickly decided, along with the client, to scrap a shoot altogether and look to CGI as a possible way to bring a story to life. This approach enabled us to use the pre-production time of a normal shoot and invest it into the development of our CGI version.
As we were starting again for the second time around, that time was invaluable.
LBB> How did you adapt? What were the decisions you had to make at that point?
Hayley and Steve> We had to start from scratch as the original concept was obviously a shoot. ŠKODA needed to still launch the campaign in August so the pressure was on to come up with something that was creative and did the cars justice. Creating a narrative with CGI cars gave us control of the outcome. In a super quick turn around, we were able to develop an ad that showcased the cars in a compelling and beautiful way and met the launch date.
LBB> What was the single biggest lightbulb moment when it came to making it possible again?
Hayley and Steve> It wasn’t really a lightbulb moment as such – more sheer determination to make it work no matter what through lockdown. Sometimes limitations can get the creative process flowing more than a blue sky project. That, and brilliant collaboration and trust between all partners – Fallon, ŠKODA and the Electric Theatre Collective.
LBB> Then what were your big concerns and challenges after you knew what you were doing?
Hayley and Steve> It’s not often you make an entirely CGI film so we put a lot of trust into the process and the very experienced team at ETC. In the early stages we had a lot of questions. Will these cars really look and behave like they would in real life? We scrutinised and analysed every single frame, and the ad got better with each review. Having the trust of the client at these early stages really helped the project run smoothly.
We were also limited to what we could do in terms of angles and movements, as we had to use the backdrop of existing campaign footage, so we needed to be clever about the use of space, and had to put our directors hats on to storyboard each frame with the exact movement of each car, so that the final film was seamless. 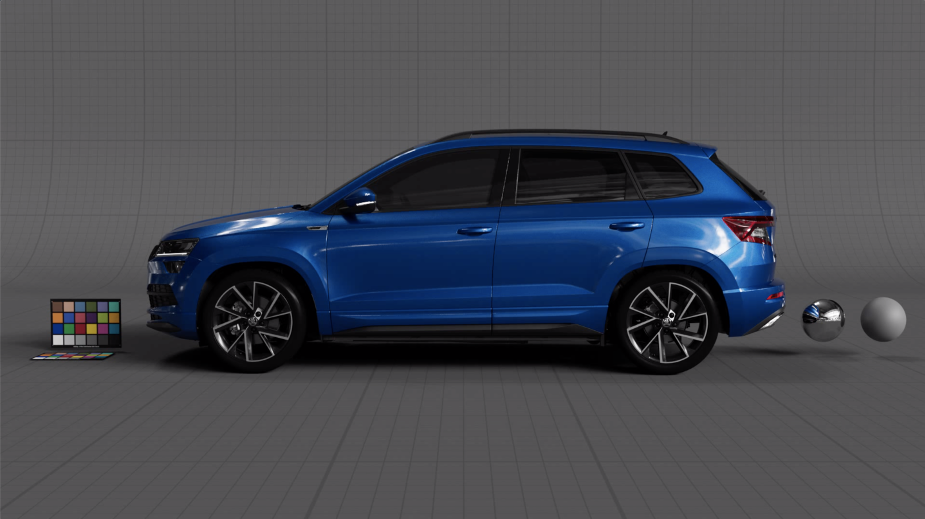 LBB> What was most important to making sure the collaboration between everyone worked smoothly?
Hayley and Steve> Regular Zoom catch ups! We can’t say enough how trust played such a big role on everyone’s side. A big shout out has to go to Bruce, our Leo’s producer, and Jessica at ETC for keeping us all on track.
LBB> What was the most satisfying breakthrough moment in the production/post process?
Hayley and Steve> The first time we saw the cars with nearly all the CGI elements applied so they looked and behaved like they would in real life, was a breakthrough moment. At that point time was against us and we were really close to the launch. Breathing a collective sigh of relief at how brilliant they looked was a big turning point for everyone. 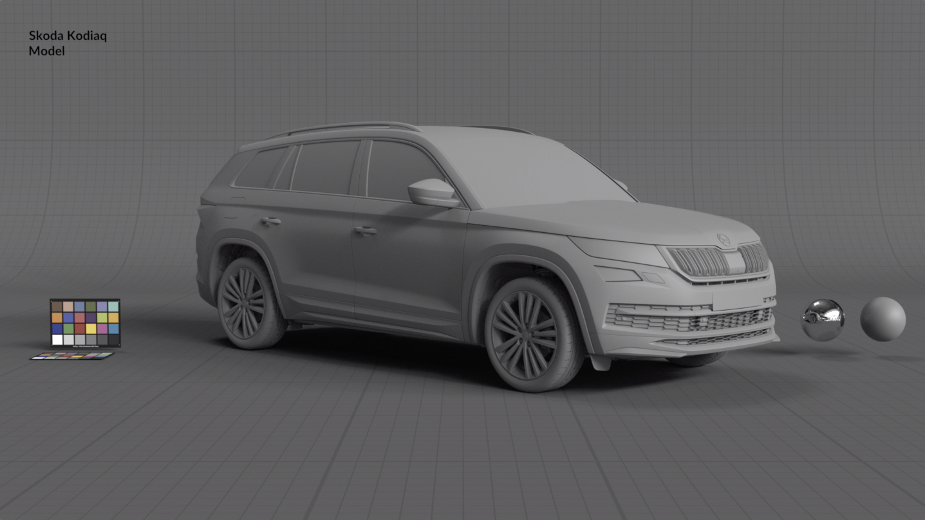 LBB> Is there any aspect of the final campaign that you're particularly happy with?
Hayley and Steve> We’re really pleased with the way the work carried through to OOH and digital. The three cars look awesome together and we managed to use some clever media buying to create some stand-out creative. Also even though we have heard the track a zillion times we haven’t got bored of it yet – we still absolutely love it!
LBB> What is the biggest lesson you've learned from all this?
Hayley and Steve> Trust, collaboration and honesty is key. This was a real team effort, having to start again not once but twice, and under pretty difficult circumstances with everyone doing their best during lock down.  Every single person on the project was invaluable to making the process as smooth as it was.

Publicis Groupe Appointed by E.ON as Media and Performance Partner Across Europe

How Marcel Has Saved Over 2,000 Publicis Groupe Jobs Throughout the Pandemic