Agencies and production companies explain what they think the disease has done for production, the economy and consumer desires, writes LBB’s Natasha Patel 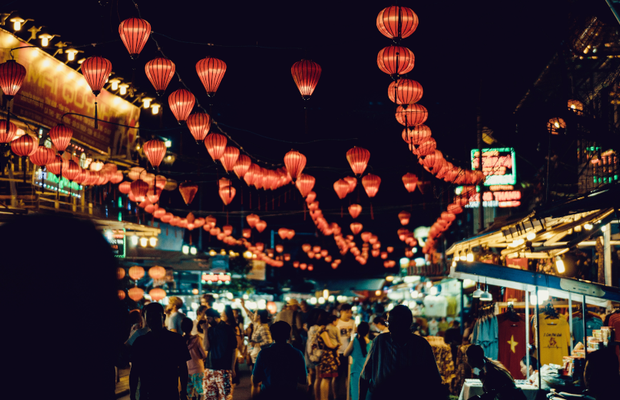 Vietnam has been lauded for its success at quashing Covid-19 early on, and as a result the country with 97 million inhabitants has had less than four hundred cases of the disease – and no deaths. For a country full of so many, the government’s response had to be nothing short of standout to have this level of data especially when so much of Asia has had a very different story. But how has this impacted production and the creative industry of a country now on the brink of economic instability?

The CREATV Company’s head of production and international services, Irene Trinh credits the nation’s resilience when facing SARS as a benchmark of how well residents are able to adapt and follow new health and safety guidelines. She adds: “From the perspective of a foreign national living and working in Vietnam, Vietnam was the safest place on earth as the epidemic soon became a global pandemic.”

Given the struggles faced by countries like the US, the UK and Brazil, that Vietnam can be considered “the safest place on earth”, is a testament to how quickly the government reacted to keep its people safe and how clearly it communicated safety messages. However, it wasn’t just about clarity but creativity. Some campaigns tapped into the country’s rich heritage of Communist propaganda posters while the population also embraced catchy, earworm pop songs too. Local mega stars MIN and Erik clocked up over 53 million views of their track Ghen Cô Vy – or ‘Jealous Coronavirus’.

The song went viral, popping up on John Oliver’s Last Week Tonight, France’s BFM TV, CBS, Seoul Broadcasting System and more. For many outside of the country, it was their first exposure to V-Pop. Happiness Saigon recently created an interactive music video featuring local artists JustaTee and Phuong Ly and international superstars Clean Bandit. Alan Cerruti, CEO of the agency believes that V-Pop is on the rise and is becoming a definite rival to K-Pop, proving just how the country’s cultural star is rising within APAC and beyond.

He explains that this new emergence of music from the country has put Vietnam on the world music map and international platforms have cottoned onto this too: “Spotify and Happiness launched a new campaign last week to promote local artists in their own country, we hero the artists through great artists are only as great as their fans! This also builds confidence and paves the way for V-Pop to grow outside of Vietnam.” The country’s assured handling of the Covid-19 crisis coinciding with this growing international interest in modern Vietnamese culture has the potential to spark real opportunity for local creatives going forward.

But, what of the production side of the market? PSN Vietnam’s executive producer Chi-Minh De Leo calls the impact of Covid-19 on production “dramatic but short-lived”, as like so many others, the nation turned to remote shooting or pausing campaigns to comply with regulations.  However when “returning rich Vietnamese people who tried to dodge quarantine” interrupted a shoot the company were doing for Heineken in Hanoi, the city became the country’s epicentre. To combat this the team at PSN recreated the streets of Hanoi in Saigon while turning to video software assistance QTAKE for international jobs.

Chi-Minh explains how the closure of most of Asia meant they had to get creative: “The last [campaign] was for a P&G client based in Malaysia, agency in Singapore and director at his home in Singapore. And we built a Malaysian house, cast Vietnamese talent, a speech coach taught them to lip sync Bahasa. All this was because we were the only country open for shooting in the region at the time.”

Wunderman Thompson Vietnam’s creative director Khanh Le found that production restrictions and a national lockdown actually increased productivity from a pre-production perspective. Her team were in the midst of a shoot for drink brand YoMost and were forced to halt this while the country weathered the Covid storm. She explains: “We instantly understood that this meant pre-production processes has to be more detailed than ever so once we get to shoot, it will be fast and require less people. We then found different alternatives for remote shooting, including the use of technology.” She adds that while now the country is out of lockdown and the government has eased social distancing, they are still incorporating restrictions onto sites.

However, Irene predicts international production to decrease until midway through 2021 but hopes this is a positive for local talent who are gaining more work.

With production easier to work around agencies have been tracking what consumers most want to hear about right now. There is, of course, a huge emphasis on health and cleanliness but Ralf Matthaes, managing director of Infocus Mekong Research in Vietnam believes it everything hinges on the amount of money consumers are willing to spend and campaigns should be tailored accordingly.

“There is less money in consumer pockets. Media channels such as TV and online viewership have increased substantially, exposing consumers to more and more messaging, than Pre-Covid-19, when consumers were more mobile. As viewership increases so does media clutter, making it imperative that adverts stand out and provide both high entertainment value to grab attention, and provide messages of safety and security to ease consumers present stress levels and feelings of uncertainty”.

While there has been a huge shift in consumer trends, Chi-Minh is positive that these changes haven’t had an impact on the kind of messages brands should be sending out. “I personally believe that the population hasn’t changed much. I think the Vietnamese are very adaptable. So in my opinion they don’t want to see anything special.” However there’s not necessarily a consensus on that - at Wunderman Thompson Khanh calls the shift in consumer needs “a challenge that will allow brands to create content tailored to their new desires and needs”.

Though consumer spending will impact what brands do, so will the state of the economy. Towards the end of the second quarter of this year amazingly the economy had grown – though at the slowest pace in a decade. The CREATV Company’s Irene predicts that shrinking budgets internationally may actually increase use of remote production services and in turn benefit the economy. But Khanh adds: “Right now, it’s the new normal in Vietnam, as it is across the region and worldwide. And while productions were stalled, new technologies have emerged, new local ambitions have been realised and with that, new opportunities for growth are out there for brands and agencies.”