Having recently added a colour division to its award-winning sound and vision departments, No.8’s founders tell LBB all about the advantages of working with a multidisciplinary team 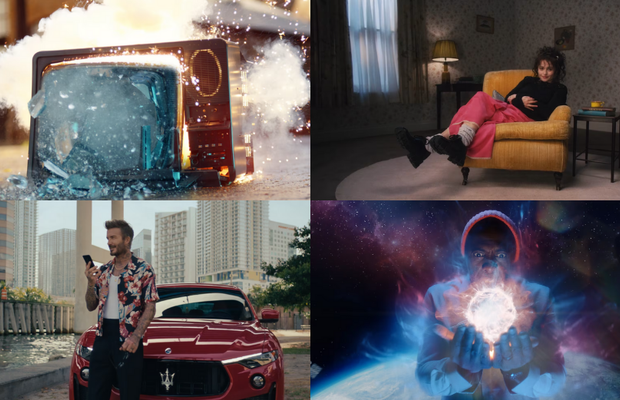 “Naming a company is probably the hardest part; definitely harder than naming children!” jokes Barny Wright, the managing director of the enigmatically-named creative sound, vision and, as of August 2021, colour studio – No.8.

Based in the heart of London’s Soho, the name is partly homage to the company’s location, though the debate over what to call it almost ended with the company named after the restaurant where said wrangle was taking place. Fortunately, the suggestion of No.8 resonated, plus the team were happy to discover that the number has connotations of luck in China. Someone also told them that in New Zealand, the number eight refers to a particular gauge of wire which you’ll always have on hand and, if you want something done and you don’t have what’s needed to fix it, you can use the number eight wire to fix anything. A little bit of luck and a lot of ‘can-do’ attitude, with a good dash of fun thrown in for good measure, accurately describe the award-winning studio – founded just two years ago yet already making waves in the world of post-production.

Barny founded No.8 together with creative director Jim Allen, who oversees visuals, in 2019, after meeting and working together at Big Buoy. Sound designer Sam Robson joined in late 2020 as a partner and creative director. The company also recently launched a colour division, headed up by the prolific Alex Gregory, adding another world-class service to their company’s post offering. Together, they bring decades of world-class skills and experience to every project that lands on their proverbial desks. “The whole ethos is about having the best people, the can-do attitude, going out and creating work that clients love. We make things happen rather than look for obstacles,” says Jim.

Looking for “total control over the projects we take on” is essential to No.8, with Jim adding: “We like the freedom of working on projects that we find interesting.” Looking at the slate of No.8’s past work, interesting is one word to describe the variety of projects they’ve already done, but impressive is much more accurate. From working with David Beckham on the latest Maserati spot and Helena Bonham Carter for Bumble, No.8 has also collaborated with huge names like Nike, Adidas, Klarna, and Vodafone, plus some of music’s biggest stars.

The work No.8 did for Women’s Aid is a particular highlight for Sam; it’s a sombre and necessary spot drawing attention to the rising rates of domestic violence though lockdown. It was the first job Sam took on after joining No.8 and for him it cemented that this was the kind of place and the kind of work he wanted to be doing.

Jim loved working on Stormzy’s Vossi Bop, as it was “the kind of job that would’ve been difficult to take on in a different company.” He adds: “The budget wasn’t amazing and we realised that we’d have to work over the Easter break to get it done, but we loved the idea, with Henry Schofield directing, so we decided to do it. It’s work like this that was the reason behind starting No.8 and it paid off; the track came out and it was massive, winning loads of awards.”

A multidisciplinary approach to post-production

Not many companies today can boast about offering visuals, audio, and now also colour, and do it with the kind of skills and experience held by No.8. “The idea behind the company was always about being the best in class across multiple disciplines, supported by brilliant infrastructure and production teams. It’s not about a compromise. Traditionally, there’s the audio companies and the visual companies, whereas there are a lot of benefits to combining them. Bring in sound earlier in the process, for example, and the two disciplines feed off each other. It makes for better work,” explains Barny.

Typically, sound is one of the last steps in the post journey. Sam confirms this, saying: “From an audio perspective, it’s quite funny as it’s often one of the last links in the chain. A group of people can turn up at your studio – and they’ve been on this journey together for weeks or months – expecting you to tune in straightaway to what’s been done already. Now that we’re involved in projects from the early stages, it’s such an eye opener. We can take the time to research certain sounds; there’s just so much you can do in terms of prep.”

“Traditionally, an editor would work on a commercial or a video, and that can influence the way decisions are made and the direction of the editing by the time it gets to sound. But if the audio is brought in earlier, it leads to better and more creative outcomes. The more time people have to collaborate the better the outcome is going to be. You get more specialist viewpoints from the very start and that always yields a higher quality result,” adds Jim.

Covid was a scary time for the industry at large and especially for the newly launched No.8, which got to operate for just a few months before lockdown went into effect. Still, the team were undeterred, praising “being young, independent, flexible” for the ability to “adapt and get things done quickly,” says Barny. In the early days of the pandemic, the company were “biking recording kits to artists, who at that point didn’t have their own home studio set-ups,” remembers Jim.  Being a multidisciplinary company was another advantage through the tougher times, with the team leaning on the audio specialism for the first few weeks until the industry got its bearings with regards to shoots. “It’s a testament to the team at No.8 as we all just got on board with the ‘new normal’. It was amazing to watch and to also see how quickly clients adapted to it as well,” says Jim.

For No.8, doing great work is just as important as the social aspect of it all and the team are looking forward to slowly getting back to the office, which is currently undergoing a swish renovation. “Working remotely is great for a lot of reasons; a few of us have slowly started coming back in and it’s nice to be around each other and to collaborate in person again,” says Jim. When it comes to sound, Sam says: “It speeds up the process when people are sitting behind you instead of on a video call as you can much more easily gauge the intricacies of what we’re working on and to bounce off ideas, too.”

“Having a community around is really important. It’s something we want to champion. Increasingly, that’s looking like everyone having better access to work/life balance and enjoying some days in the office too,” adds Barny.

With the addition of the brand new colour arm to the business, No.8 is growing at a steady rate, “without overreaching” says Jim. Alex Gregory, the new head of colour, is currently working on getting the right team together for the expansion. “We are building what we believe will be one of the best, most forward-thinking colour departments in the industry. Over the next few months, we’ll be announcing the rest of the team and start showing people the full plan. It's really exciting to be honest!”, he says. “Our ethos is that the most important part of the colour grading session is the client experience, and the unbeatable excitement of true creative collaboration. We’re working hard to redefine the modern expectations surrounding the role of the colourist in the industry at large”.

With sound, vision, and now colour, on board, No.8 is on its way to showing the rest of the industry that great things happen through true collaboration.