Spearheaded by Wunderman Thompson Canada, HSBC partners with Twitter in the creation of a new custom emoji for World Emoji Day appearing when hashtag #OpenMinds is used 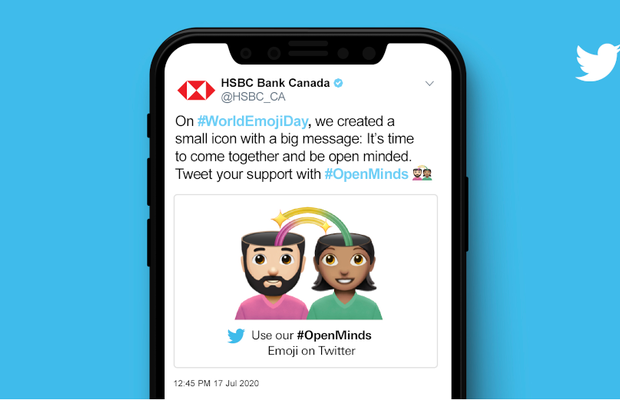 It pays to keep an open mind. That’s the message HSBC Bank Canada is focusing on as part of a new advertising platform scheduled to launch later this month. As an International bank in over 64 countries, HSBC knows first-hand that diverse perspectives can lead to prosperity. And right now, a little open-mindedness could make a world of difference.
To demonstrate this belief, the bank has created a small icon with a big message. Tomorrow, on World Emoji Day, HSBC is partnering with Twitter in the creation of a new custom emoji which will appear anytime the hashtag #OpenMinds is Tweeted. 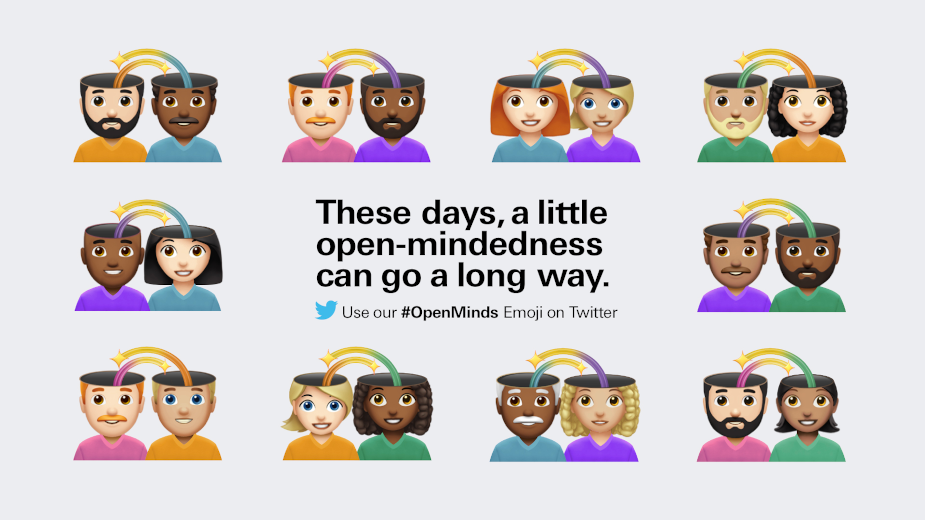 The hope is that the emoji - which will be active for four weeks - will act as a reminder on social media that, while the views shared by others may be different than your own, it doesn’t mean they don’t have their own merit.
The emoji is a stylised depiction of a man and a woman of different ethnic backgrounds sharing thoughts with one another through their magically open minds. It will be submitted to the Unicode consortium, the world standard for emojis, before their yearly deadline of 1st September to be considered for adoption the following year.“It’s never been easier to express our very different opinions.” says Ari Elkouby, executive creative director at Wunderman Thompson Canada. “Emojis are a universal language we all understand which is why it made for the perfect vehicle to deliver our message of understanding one another.”
The campaign is spearheaded by Wunderman Thompson Canada with media being handled by Touché.