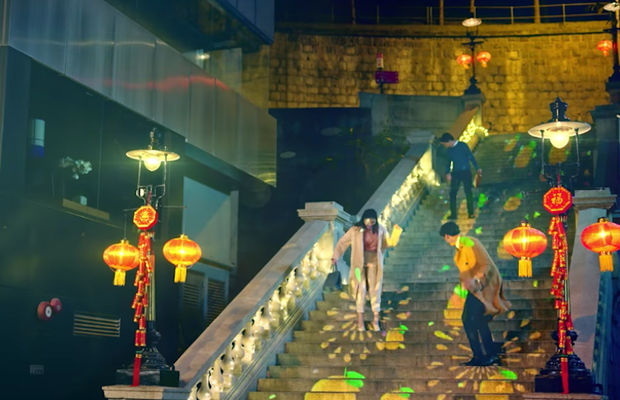 HSBC is set on ensuring that the Year of the Ox is one of positivity, recovery, and rebuilding for the people and businesses of Hong Kong. So this Chinese New Year season, to provide a welcome boost of energy and good feeling, HSBC partnered with Wunderman Thompson Hong Kong on an energetic new campaign: HSBC ‘New Year, New Rewards’.
In the interest of helping everyone get their lives back on track, this campaign offered an unprecedented New Year Promotion, which offered the winners a year’s worth of rewards across four popular categories: shopping, food, lifestyle, and transportation. To build on the buzz surrounding the campaign, additional rewards were offered in spending, savings, investments, and insurance.
The team enlisted the help of the iconic HSBC lion for this eye-catching campaign. The centrepiece was a web film that showed a virtual projection of a modern dancing lion visiting different districts in Hong Kong sending blessings and good tidings to one and all. The final destination of the lion was the HSBC’s head office, where a colourful light show lit up the whole building officially ringing in the Year of the Ox.
As many prefer to spend most of their time at home due to the pandemic, the team focused heavily on a social and digital-led campaign. There was a Facebook Premiere launch of the virtual projection film at 8:18pm on the first day of Chinese New Year - an auspicious time and date in the hopes of a great Year of the Ox. Before the big launch, a teaser video was released on Facebook in order to pique interest. A Facebook Premiere announcement post was sent out, a first for the banking industry in Hong Kong, so people would be reminded when the lion was ready to go live.
WhatsApp stickers were also created, built around the visuals of the campaign which would allow people to send wishes of joy, good luck, and good fortune to their loved ones. Outdoor campaign support focused on the busy shopping districts of Tsim Sha Tsui, Causeway Bay and Mongkok.