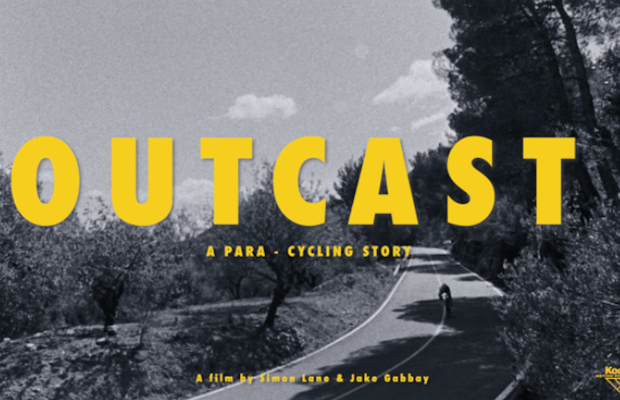 The documentary began when Simon’s sister Crystal Lane-Wright a two time Paralympian (she competed in the London 2012 and the Rio 2016 Paralympic games where she won a bronze and silver medal) invited Simon to her training camp in Calpe, Spain in 2018 to film her and her team mates riding in the Spanish mountains.  The team were preparing for the upcoming Tokyo 2020 games.  Simon wanted to create a film which captured not only the most gruelling elements of their training regime but also moments of rest and reflection.

Simon teamed up with long time collaborator Jake Gabbay. Jake is a Bafta nominated DOP who is passionate about shooting on film. The project was captured using a black and white 16mm stock called Kodak Tri-X with a roll of colour captured in London. The contrast from the harsh Spanish sun paired with this film stock gives the documentary a heavily textured cinematic look. The colour grade was added by Toby Tomkins at Cheat. The original soundtrack and sound design is from Bankey Ojo.

Whilst at the training camp Simon met para-cyclist Blaine Hunt, who was on the periphery of joining Team GB. Blaine displayed so much hunger to achieve success, Simon became completely enamoured by his relentless pursuit.  In his interview, it became immediately clear that he had so much to prove, and by his account no one was taking him seriously.

“Blaine however was willing to say whatever was on his mind. He truly wears his heart on his sleeve, which I later realised has been  to his detriment.” Simon Lane -director

After Calpe, Blane and Simon kept in touch and the documentary started to evolve into something more than just a portrait of a cycling team, it became a film about human resilience, to criticism, knock-backs and not taking no for an answer.

The finished piece is a deep dive into the psyche of an athlete who is fast enough to be competing at the highest level, yet has not yet been accepted into the elite.

"I hope that when the 2020/21 Paralympics go ahead, Blaine will secure a place in the team, because his eight years in pursuit of greatness are worthy of a place on the starting line. This film is a story for anyone who’s ever felt like the underdog” Simon Lane-director

This Beautiful Film Captures the Heartbreak of Child Abandonment in Romania