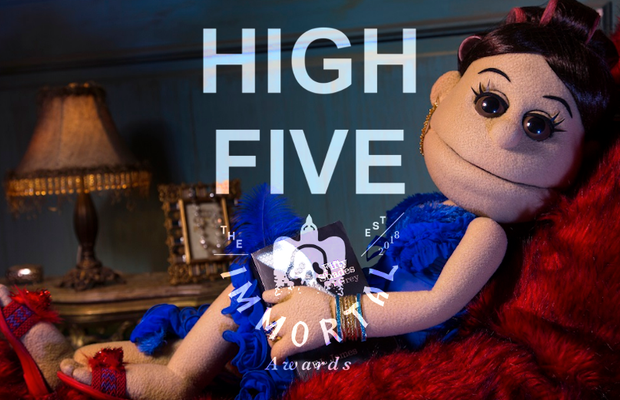 I love the job we do. We get to spend our time on (and get paid for) making ideas, that when done with the right intent, travel across not just our region, but also the world. When done with the right intent, they are remembered too, and hence become immortal in our memories. And it’s not easy to make those ideas happen in the region I work in. They fight and struggle for their survival every day until they are made, and sometimes even after they’re made. They need people passionate enough to have faith and show persistence, and sometimes even rebel to get them made. So, when I was asked to share my five favourites from the Middle East, North Africa and Turkey region, it made me travel back through my memory libraries and remember the ideas that I’d consider immortal. Ideas that fought, strived and will be remembered...

Coca-Cola - 'Finding Light in the Dark'

Agencies: FP7 McCann Dubai / Memac Ogilvy Dubai / Dejavu Dubai
We should strive to do our best work on our big brands. In a world that is prejudiced, with stereotypes abound and labels defining us, Coca-Cola sent a message against prejudice from one of the unlikeliest of regions. We're all prejudiced in one way or another. And we build most prejudices based on how people look. So, Coca-Cola removed that ability to see those prejudices and proved that even the best of us were in fact prejudiced. Importantly, to make a point against labels, the world’s most recognisable brand took the labels off of its own product too. It did so during Ramadan, a month that reminds people that nobody is superior to another, except when it comes to deed and actions for others. We are all one type, and there are no stereotypes. It was an idea from the Middle East featured in Time magazine - an idea from the Middle East that travelled the world. An idea from the Middle East that got Hollywood folks such as Ashton Kutcher tweeting about it. An idea that’s still as relevant today as it was in 2015 when it was first launched. An idea that received criticism from many who were prejudiced in this region and outside. An idea loved by many who introspected and realised that we are all prejudiced. There are not too many iconic Ramadan pieces. This is the most iconic and immortal one in my books and it’ll always be remembered.

Agencies: Advantage Marketing / Elephant Cairo
When you type “Never say no to…” on YouTube, guess what pops up? Yup. That’s next on my list. It’s about how Panda Cheese got a panda to promote its cheese. It’s genius. It’s the good kind of evil and it’s memorable, from the panda itself to the song choice. As a film director today, this was my introduction to Ali Ali. And I have been a fan of a lot of his work since. Interestingly, the actor inside the panda costume, Ahmed Hafez Younis, is someone who later (post his 'panda success'), became a colleague and a friend. I didn’t know he was THE panda until he told me about it! It had spoofs and remakes from all over the world and it even got featured on ‘Kids react to viral videos’ as an episode of its own. This one’s worth remembering...

Agencies: FP7 McCann MENAT / Dejavu Dubai
This one is another Ramadan idea and another idea that fought for survival as no one wanted to do it...except a travel platform in Saudi Arabia. It's an idea that did something no one had dared do. Research shows that many people in non-Muslim countries believe their culture doesn't respect Muslims, and that they are the religious community that has experienced the most discrimination. There’s empathy out there. On the other side, many in non-Muslim countries worldwide also believe that most Muslims aren't as accepting of people of religions other than Islam. In a world where Islam is seen to be divisive, the generosity and inclusivity intrinsic to Ramadan deserves to be taken globally, representing its inclusivity, togetherness and peace. So, Almosafer did just that. It made the spirit of Ramadan travel, and it did so by giving Ramadan a new face - that of a child who took its spirit to a place where it hasn't been shared nor celebrated. It featured on major platforms and was shown across TV channels for free. Its song travelled. It was the region's most awarded campaign for effectiveness and won major awards for creativity. Besides that, importantly, it took Ramadan abroad to non-Muslims, and as a message, that in itself is worth remembering.

Agency: JWT Entertainment Cairo
Let’s switch the mood around again - this one’s unique. It’s not a campaign, but the story of a character on social media that managed to become not just an advertising asset, but an entertainment brand. This quirky puppet - the brainchild of a creative, previously at the agency - has become a star in Egypt. She started off as someone who was popular on the internet, she had a makeover, launched a music track and she even broke the norms in Egypt by becoming the first puppet to hose a TV show, creating a new format of entertainment. It allowed fans to directly engage with her before, during and after the show, as well as experiencing Abla Fahita first-hand. People met her across physical events as she even got into debates with Sophia the Robot. And as for her latest achievement, she has secured her own series on Netflix. How’s that for Immortal!? Well done to Hatem El Kashef and all who made her!

Agencies: Memac Ogilvy Dubai / Mindhyve
We’ve done a big brand, we’ve done a panda, we’ve done a beautiful Ramadan story, we’ve done an entertaining puppet. To round things up, how about a fish? It can be notoriously difficult to get kids to drink water. I have two kids and it isn’t easy. So I really liked this and found it memorable on two fronts. Firstly, it’s digital so it can be timeless. Secondly, it’s based on a universal truth so, again, it will be timeless. 'Tummyfish' combined strong storytelling in an illustrated book and an interactive digital game to teach kids better drinking habits. A colourful illustrated storybook distributed in schools and bookstores that tells the tale of a tummyfish and how they could get their own one. The book led parents to our mobile app where the story continues, allowing kids to meet their very own tummyfish. Convincing kids they had a tummyfish that could only be properly cared for by drinking water daily, the brand addressed an important regional health issue in a fun, engaging and educational way. By taking them on an emotional journey, and helping them form a strong bond with a virtual friend in their tummy, they discovered the benefits of drinking water. I found the 'Tummyfish' book in a library and my two-year-old asked me to read it to her every day. If they could reach my two-year-old daughter in a library, they did really well. So, this one’s worth remembering too!