In a Gender-Spectrumed Future, Will Marketing to Women Be a Thing of the Past?

A report from BBH considers today’s F-word: a guide to modern femininity and its marketing 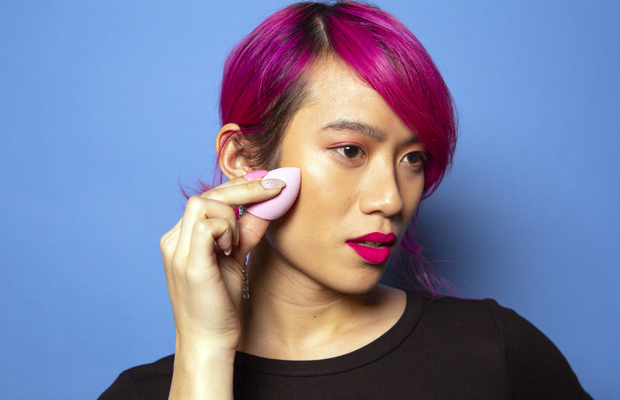 This International Women’s Day, we’re being called on to “choose to challenge” biases against women.
But younger demographics are bidding goodbye to the binary, with many saying gender will be irrelevant in the future. So should we stop marketing to ‘women’ if, in the near future, no one’s actually going to identify as one?
Not quite – because regardless of the future of gender, femininity is here to stay. But get ready to challenge your preconceptions about what it means today.
Originally a byword for all things female, in 2021, femininity is no longer the unique preserve of women. Though it has many faces, modern femininity is showing up in four main ways: it’s ungendered, real, inclusive and uninhibiting. Here’s our guide for how brands can understand and navigate femininity today (and you don’t even have to ditch the pink).

Old school advertising segments consumers by gender, but the male / female dichotomy is undergoing a radical reappraisal. Luckily, there’s a solution: market to the feminine rather than to women. To get there, you might need to shake things up a bit...

Equating femininity with passiveness, subservience, or even an eagerness to serve is inherently problematic and retrograde. So ask yourself: am I embedding patriarchal beliefs about femininity into the story I’m telling? Or the software I’m building? If the answer isn’t a definite no, consult a feminine council. Consumers will thank you, and so will your shareholders: progressive advertising creates 37% more branded impact and a 28% increase in purchase intent. For some inspiration, follow Tinder India’s lead: instead of relying on a dead-eyed male thumb-jerking stereotype, their campaign features a woman dancing through the city as she chooses her next partner-in-crime.

Female customers tend to be over-targeted in categories like baby products, laundry and household cleaners (where they make up 98% of the targeted audience) and under-targeted by sectors like automotive. The result? Missed opportunities to connect with customers with interests that don’t align with the traditional gender binary.

Consumers with feminine interests can also be male, as shown by the rise of everything from male manicures to ‘femboy’ videos on TikTok (which currently have over 158m views). Focus on feminine interests and behaviours, not gender.

There’s a backlash against the pursuit of perfection for today’s feminine consumers: while some nails and eyelashes might be artificial, the femininity itself is real. Brands that celebrate raw transparency will offer a breath of fresh air while those playing it safe risk falling behind.

When images of perfect people leave consumers with a sense of failure, there’s a huge opportunity for brands that flip the pursuit of perfection on its head. Rather than crafted artifice, perceptions of authenticity have been shown to increase brand trust, attitudes, and purchase intentions. So don’t be afraid to show the realities of getting older or the messiness of becoming a parent.

Blur the lines between your models, talent, and customers by reposting shots of your superfans wearing or using your products. American beauty brand Glossier’s UGC Instagram posts regularly exceed 52k interactions and the company was valued at $1.2bn in 2019.

Go easy on the retouching

Actively work against making your models, customers, and advocates feel imperfect. Diversity of body type and lack of body and skin modification can increase perceptions of authenticity for online ads – which, in turn, can drive improved attitudes toward the brand and increased purchase intent.

A far cry from the elitist and narrow constraints of the past, modern femininity is open to everyone (often radically so). At times, brands have helped bring about change – like Vice Media’s Gender Spectrum Collection, which includes photos of trans and non-binary models showing that femininity is far from the preserve of women. But there’s still a long way to go and as femininity becomes increasingly inclusive, feminine consumers want more textured representations reflecting that.

Coined by Kimberlé Williams Crenshaw back in 1989, intersectionality is about how “multiple forms of discrimination (such as racism, sexism, and classism) intersect”. Given that femininity has traditionally been the preserve of marginalised communities, it’s important to bear in mind their manifold identities and acknowledge their achievements – making them feel seen, essentially. To celebrate Kamala Harris’s historic intersectional firsts, BBH New York installed a portrait of her made entirely of cracked glass.

It’s the era of subcultures and squads: groups of consumer creatives are fashioning fresh aesthetics and attitudes in virtual environments like TikTok, Twitch streams, and Animal Crossing islands. Discord, which enables people to create their own invite-only micro-communities around personal passions, reached 100 million users in June 2020. When you help your consumers build spaces that enable belonging, you can promote allyship – and it’s also a great way of getting fresh insights straight from the source.

Go beyond the surface of body positivity

There are close to 2m posts with the hashtag #bodypositive on Instagram. But body positivity is much more than one giant mass movement embracing self-love, and it’s easy to conflate the self-esteem movement with the (serious) body politics that underline it. Instead of telling feminine consumers – who by default have marginalised bodies – that the social problems they experience will vanish if they love themselves more, demand that we make space for bodies that have been sidelined. Dove created Girl’s Room, a social-first series about self-esteem, for the very platform that can damage teens’ body perceptions.

Once a slur against men and a byword for weakness, femininity has been reclaimed as a source of pride: in a 2016 YouGov study, 66% said they had a ‘positive’ view of femininity. But there are still plenty of biases to unlearn. Brands should aim to celebrate the unashamed, but without falling into the femvertising trap.

Menstruation, menopause, body hair, breastfeeding, sexual abuse... there’s still a taboo around these topics, and they disproportionately affect the feminine. Continue to push conversations about them into the mainstream but also remember to be inclusive – for example, when promoting period positivity acknowledge that not everyone who menstruates is a woman (and not all women menstruate).

The notion that ‘women make better leaders’ has been gaining traction for a few years now and gained special attention during the pandemic – while at the same time, ‘masculinity’ has become something of a dirty word (think: toxic). Instead of reinforcing these and other myths about femininity and masculinity, brands can disprove that one needs to be better. The result? Greater equality for everyone.

There’s often been a disconnect between femininity and fierceness – but today’s consumer knows that femininity and athleticism aren’t at odds with one another. In the UK, beauty giant Avon marked its sponsorship deal with the Liverpool Ladies’ FC with Fiercely Feminine, a campaign where the team's players critiqued mainstream perceptions.

Ultimately, there aren’t just four faces to femininity; there are as many as there are consumers that identify with femininity, 100% of the time or on alternate Mondays. For brands, we’re at a unique time to challenge and move away from masculine / feminine dualisms and the tendency to engage in exclusive and divisive conversations – a liberating moment.

4 principles to help you get started

5G: The Myths and the Benefits