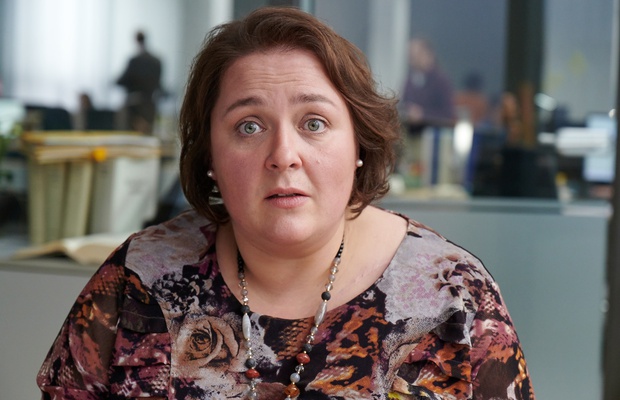 German employees do not prefer changing jobs frequently, but instead often remain dissatisfied in their comfort zone instead of altering their situation. This insight has prompted Indeed, the job site, to continue its 2019 Effie Award-winning brand campaign 'Nichts zu meckern, Deutschland' (Nothing to complain about, Germany) with new humorous TV spots in mockumentary style.

As part of this campaign, Indeed - in collaboration with the creative agency Grabarz & Partner - has created a total of four new spots of varying lengths, directed by Kai Wiesinger and produced by production company Wolffpack Vision from Berlin. From the 3rd of February, the 'Ingrid' spot will be launched in three variants, based on the wordplay 'Indeed - not Ingrid', from the first campaign. In the new spot, Ingrid now takes the role of personalised job counselling. This will be followed by two more TV spots and an additional Eintracht Frankfurt spot, which highlights Indeed's connection as the main sponsor with the 1st division of the Bundesliga.

"It's no different in working life than in many other areas: at some point, the novelty has worn off, and you feel uncomfortable with the whole situation," says director Kai Wiesinger, commenting on the campaign. "We have heightened this a little, also to give the dissatisfied people an impulse to look around and take their situation into their own hands. You just have to have the courage and take the first step to find your happiness."

"Our first locally produced brand campaign was a complete success," explains Frank Hensgens, managing director, Indeed DACH. "Dissatisfaction in the workplace is an important but underestimated topic here in Germany, and we want to give it more visibility with this TV campaign. Besides family and friends, work is one of the most important aspects of life. People spend a lot of time at their jobs every day, so they should be occupied with something that they enjoy and that fulfils them. With Kai Wiesinger, we got a director on-board who provides the 'Nothing to complain about' campaign with even more humorous stories."

The spots are set in an ordinary office with employees, and there is 'nagging' again. An apparently everyday scene, because many employees are dissatisfied - only about one in two would recommend their employer to others, the 'Indeed Meaning of Work' report shows.

Unlike the first campaign, this time typical and highly topical problems in the everyday life of employees are described. One complains about lack of appreciation, another about overtime on weekends and the long way to work. This is also based on findings from everyday work: Nine out of ten employees today do not want to work just to earn money, but want a job that fulfils them. Having fun at work is even slightly more important to employees in Germany than a higher salary (83%). Two thirds (64%) long for a job that offers room for personal goals and self-realisation.

All spots will be on TV until the end of the year. Media planning and purchasing is handled by the Mediacom agency in Düsseldorf. In addition, the campaign will also be featured in social media - thanks to specially developed social media assets.

How to Develop Product Ideas that People will Talk About