Inside the Jury Zoom 2021: Exploring the 4 Corners of Creativity in Local UK Judging for The Immortal Awards

The work that the UK jury put through to the regional Europe round of judging showed the breadth of the country’s creativity, writes LBB’s Alex Reeves 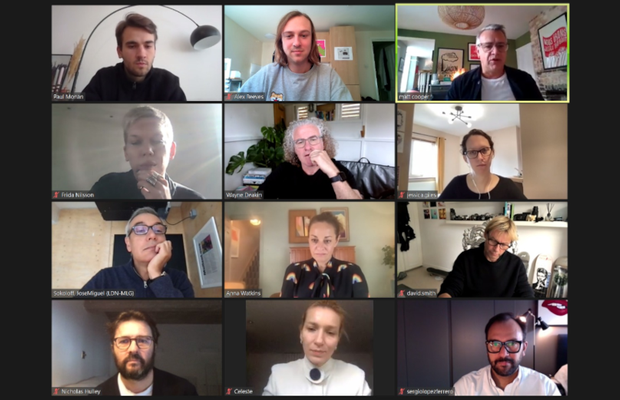 Four UK projects will be judged in the regional European round of Immortal Awards judging - hosted in partnership with global partners Nice Shoes and regional partners CHEAT - with the UK jury sending these campaigns to join Germany’s announced finalist as well as whatever makes it through from the rest of the continent. The first ever sitting of local UK judging for the global award show from Little Black Book saw 271 projects entered, which were whittled down to 34 shortlists via online judging before a live, virtual session on Wednesday.
The judges representing the UK were: Celeste Dalairac (Grey London), Vicki Maguire (Havas London), Sir John Hegarty (The Garage), Sergio Lopez (Craft), Jose Miguel Sokoloff (MullenLowe), Nick Hulley (AMV BBDO), David Smith (Absolute), Wayne Deakin (HUGE), Anna Watkins (Technicolor), Chaka Sobhani (Leo Burnett), Jess Giles (FCB Inferno) and Frida Nilsson (CHEAT).
Like the various local sessions so far, this was the first ever local UK jury to pass judgement at The Immortal Awards after its expansion from regional competitions to local heats, which will feed into the regionals before heading global. This creates what we like to think of as something like a World Cup of the advertising industry.
The jurors watched a reel of 34 shortlists before collectively deciding on the four projects that they deemed worthy to pit against the best of Europe. Each project that the jury agreed to put through as a finalist took its own unique approach. “The four finalists are very different from each other,” said Celeste, “which for me says there’s not just one way of being immortal.”
There were two campaigns that provoked little discussion because, as Celeste said, they were “definitely and unequivocally the best ones”.
One of the most praised pieces of work and a general standout during the session was Super.Human for Channel 4’s coverage of the Tokyo Paralympic Games. Building on the work the broadcaster has done, the expertly crafted film progressed the narrative around people with disabilities further and drove viewership.
Against a backdrop of the UK’s deep winter lockdowns, Burberry’s ‘Festive’ film lived up to that description, providing the country with a shot of undiluted joy through the combined creative forces of fashion, choreography and filmmaking.
Certain judges made an impassioned case for KFC’s #UntilWeCanFingerLickAgain - a Covid-inspired campaign that relied on nothing more than a sharp insight and the bravery to ‘borrow’ other brands’ slogans. The jury agreed that it was an inspiring campaign in its simplicity. While much of the best UK work relies on (relatively speaking) generous production budgets, this one was all about the idea.
This debate was one that Celeste found particularly engaging: “Craft vs idea. Well crafted is not enough, and an idea without crafting sometimes is.”
The last finalist to go through baffled the jurors, but ultimately left them amused. The madcap music video for Duck Sauce’s Mesmerize drew on the irreverent side of the UK creative industry and many of the jury argued that it was worth putting through to bring even more variety to the work on show.
The regional European round of judging, which will include the UK Finalists, Germany Finalists, Ireland Finalists and other shortlisted work from across Europe, will be judged by a selection of jurors from the continent, and will take place on Thursday 4 November before the final, global round on Thursday 18 November.