Inside the Jury Zoom 2021: Germany Sets the Bar High in First Ever Local Round of Immortal Awards Judging

The shortlisted work was subjected to exacting standards in the German local session, writes LBB’s Alex Reeves as he chats to the Germany Immortal Awards jury 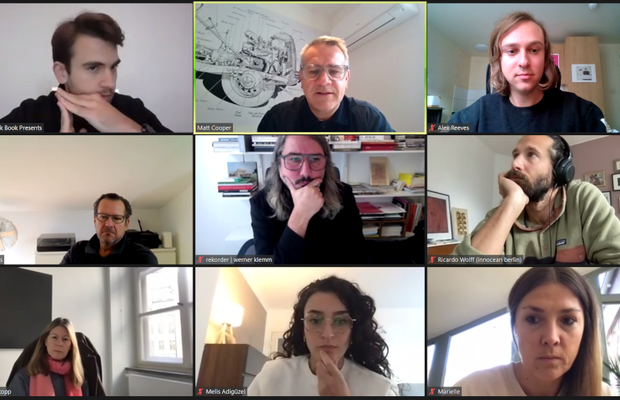 Only one piece of work from Germany was deemed worthy of putting through to the European regional round in the 2021 Immortal Awards - hosted in partnership with global partners Nice Shoes and regional partners CHEAT - the virtually gathered jury decided on Monday.
The judges representing Germany were: Melis Adigüzel, creative director at Serviceplan, Tanja Grubner global marketing and communications director at Essity, Werner Klemm, CEO at Rekorder, Steffen Gentis, global production director at MCA / Reckitt, Ricardo Wolff, executive creative director at Innocean Berlin, Francisca Maass, chief creative officer at Grey Germany, Diana Sukopp, chief creative officer at DDB Germany, Marielle Wilsdorf, chief creative officer at GGH MullenLowe.
This was the first ever local German jury to pass judgement at The Immortal Awards after its expansion from regional competitions to local heats, which will feed into the regionals before heading global. This creates what we like to think of as something like a World Cup of the advertising industry.
The jurors watched a reel of eight shortlisted works before collectively deciding on the projects that they deemed worthy to pit against the selections from other European countries.
Debate throughout the session was robust, with convincing arguments changing minds on several pieces of work. Some campaigns had to be voted on multiple times after discussion shifted opinion one way or the other.
Melis valued this chance. “As an advertiser, you already live in your own bubble,” she said. “Having the chance to share thoughts and opinions on such a professional level, opens your eyes and is really interesting to experience.”
Werner agreed that the session was enriching: “I enjoyed the discussions very much. The jury participants included some of our industry's best minds, and I loved the seriousness, passion, and respect for the work submitted.”
Although the discussion was extensive, Ricardo noted that ultimately the bar for ‘immortality’ was high. “There were ideas that were amazing but not entirely new. And new ideas that didn’t exactly take you out of your seat. We’re holding a mirror that says: hey, Deutschland, let’s work harder for 2022.”
The standard of work that got to the shortlist was well worthy of discussion though. “I think there are outstanding works from Germany that don't need to fear international comparison,” said Werner. “I would be very happy if we keep on going to encourage our clients to invest in exceptional creation and execution.”
Ultimately only one of those projects was deemed worthy to be in the running for potential immortality. As Melis puts it: “Something we would still appreciate in the next 10 years and can also stand up to international competition. And we all agreed that ‘Uncensored Library’ has the scale, power and craft that ticks all the boxes. Additionally, it was one of three cases in the shortlist round within the topic of gaming. An international trend that Germany also tapped into successfully.”
Check out all of the finalist(s) here ahead of the Europe round of judging on Thursday 4th November and the final global round on Thursday 18th November.