24 pieces of work were judged by experts across the APAC region with plenty of cultural insights, writes LBB’s Natasha Patel 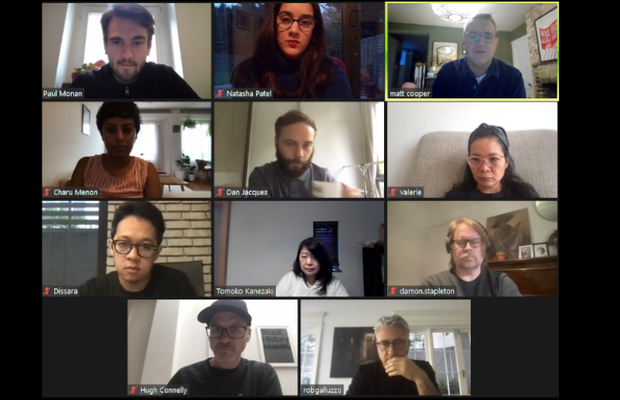 Last week saw the best of Asia Pacific’s work battle it out to represent the region on the global stage in the Immortal Awards global final, in partnership with Nice Shoes. 24 projects made it through to the regional round, including six from Australia and New Zealand’s round of judging, with five going through to the final.
The jury resenting Asia Pacific was made up of Valerie Madon, CCO at VMLY&R Asia; Tomoko Kanezaki, creative director at Dentsu Inc.; Dissara Udomedj, founder and CCO at Yell BKK; Dan Jacques, regional creative director at McCann Worldgroup; Hugh Connelly, ECD at HUGE Sinapore; Charu Menon, partner and executive producer at Heckler; Damon Stapleton CCO at The Monkeys New Zealand and Rob Galluzzo, CEO at FINCH.
The 18 pieces of work that combined with the six from ANZ’s regional final were all those that the experts from around the region believed represented the region best. The final five that will go through to the global round are: Apple’s ‘Shot on iPhone: Chinese New Year, Nian’ from TBWA\Media Arts Lab, Carlton & United Breweries ‘VB Solar Exchange’ from Clemenger BBDO Melbourne, Kuluv Vodka ‘6 Takes of Drama’ from GREYnJ United, Lay’s ‘Crispy Subtitles’ from Happiness Saigon and Royal Australian Navy ‘Lost in Translation’ from VMLY&R Melbourne.
With a range of areas and cultures covered in the final five, Dentsu Inc.’s Tomoko explains why she believes this representation is important: “For a region so full of local context, I found truly creative works transcend all differences. The five finalists that we've selected are works that have managed to show us new horizons through a merge of technology and craft in a way that inspires action. Immortal not only is about withstanding the time test but is about something that the creatives around the world would take in as the basis of their way of thinking. I really thought that this year is a very special year in which we're trying to recover from a pandemic that has affected us all. The works that were selected each had a tone of happiness to them and have shown us that there is an essential role that creative craft can play in coming up with ways technology and data touch hearts and inspire action.”
The works making it to the jury round provoked plenty of interesting conversation and debate. For Heckler’s Charu this was key in whittling down the entries: “The high quality of entries meant that the jury deliberations were thorough and rigorous. We discussed each entry's creativity, uniqueness, impact and stickiness at length, before voting them to be in the running for a coveted Immortal Award. We truly believe the entries that have been shortlisted present the very best in regional talent for 2021.”
Yell’s Dissara said: “Diverse regions produce diverse works, and these finalists are very reflective of local insight but executed globally. It's very exciting to see so many works from Asia, Australia, and New Zealand that are generating a lot of discussions here.”
Valerie from VMLY&R Asia added: “Simple yet fresh and well crafted. That’s what every great work embodies. And amongst the finalists, the ones that stood out made the judges exclaim ‘they actually made it happen!’.”
Reflecting on his experiences of judging, The Monkey’s Damon explains how the Immortal Awards’ not categorising work by medium was key in choosing the best of the best: “What makes the Immortal Awards so interesting is how it forces you as a judge to think about the work differently. You are judging all the work against each other. So, television against a product or radio against a digital idea. It has to be about the idea rather than the channel or category. Overlay all the cultural discussions you have in a region as big as APAC and you have unique discussions where you learn a hell of a lot.”
This is something McCann Worldgroup’s Dan agrees with: “There’s something pure about judging these ideas as a whole rather than in specialist categories – it gave each entry nowhere to hide its weak points. Judging this way also provoked fascinating conversation amongst the jury, unearthing valuable market insights that can often be lost.”
Check out the finalists from the APAC round of judging for the Immortal Awards 2021. The global final will take place on 18th November.