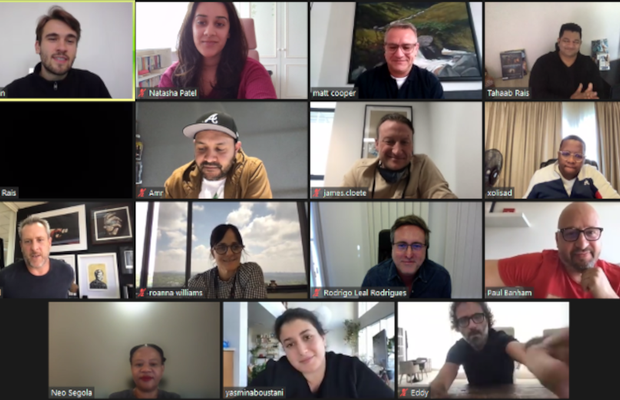 12 became four at the regional round of this year’s Immortal Awards that took place virtually earlier this week hosted in partnership with global partners Nice Shoes.
The jury for 2021 was made up of Tahaab Rais, president, McCann Worldgroup MENAT SLC and regional head of strategy & truth central; Yasmina Boustani, associate creative director at Impact BBDO; Eddy Rizk, owner and managing director at BIG KAHUNA; Ryan Reed CCO at M&C Saatchi UAE; Paul Banham, regional ECD at MullenLowe MENA; Rodrigo Rodrigues, ECD at Horizon FCB; Neo Segola, CCO at DraftLine JHB - part of SAB ABInBev; Xolisa Dyeshana, CCO at Joe Public United; Roanna Williams CCO at Net#workBBDO; James Cloete executive creative partner at M&C Saatchi Abel and Amr Singh co-founder and director at FORT.
To kick things off this expert jury were shown the 12 pieces of work that were previously shortlisted online before collectively deciding which pieces were deemed ‘immortal’ and worthy of fighting it out at the global round of the awards.
The final four weren’t the easiest decision to come to, but M&C Saatchi Abel’s James explains what went into the decision-making process: “In the end, wanting to keep the bar as high as possible, we as the MEA jury have only put forward four finalists – each of them very different from another. Some of the work resonated with us because of the profound nature of the insight, some it because of the scale of the impact, some because it was clever and some for its simplicity. In all cases we aimed to block the work that lacked originality.  My personal favourite was the beautifully art directed and very jealous-making outdoor work for MINI.”
As he alluded to, Serviceplan Middle East’s work for MINI was one of the finalists. Joining this project were: M&C Saatchi UAE’s Offline Hour for Pizza Hut, BIG KAHUNA Films Dubai’s work for TENA ‘Despair No More’ and the UAE Government Media Office’s Double Moon with MullenLowe MENA.
Ryan of M&C Saatchi UAE dives deeper into the debate the jurors had: “Some really great work had to be discarded when viewed through the ‘immortal’ lens. Cause related, thought provoking and necessary work gave way to simple, original and powerful ideas executed well. And our short shortlist celebrates just that.”
As we come up to the day where the four finalists will battle it out at the global event, Net#Work BBDO’s Roanna explains why she believes these four are the strongest from the region: “This is definitely a unique award show and the panel of judges, selected from the region, showed a very deep and insightful understanding of the work. Every judge’s voice was respected and heard, which lead to some interesting debates and constructive conversations about the shortlist contenders. The standard through which you judge an Immortal finalist is extremely high. Basically, it has to be great as good just doesn’t cut it. These are the Immortal awards after all – an award given to a piece of work that is invincible, no matter which region it comes from.”
The shortlist of 12 wasn’t an easy one to whittle down but Xolisa Dyeshana from Joe Public shares how the experience with the collective jury and their experience was a big bonus: “To be surrounded by amazing creative minds and sifting through the best that our region has to offer was a special experience. I would’ve liked to see more work from the region as a whole, but with that said, the best work definitely rose to the top and as a panel we were extremely proud of our final choice.”
BIG KAHUNA’s Eddy adds: “Each of the shortlisted campaigns have their own unique strengths, whether it be in design, tackling social movements or creating awareness. The characteristics of the adverts make them stand out of the ordinary therefore making them campaigns that can truly live on.”
The jury room discussions were extremely important and were ground for some serious debate and thought-provoking commentary, Neo from SAB ABInBev dwells on her experiences: “The experience was fantastic with a really solid panel, creating fertile ground for robust discussion! The MEA/Africa selection represents creativity driven by rich insight, with innovation at its core; the kind of work that was designed to answer real consumer problems.  This is the type of work that rises to the top. Always!”
Check out all of the finalists here from the MEA round of judging for the Immortal Awards 2021. The global final will be taking place on Thursday 18th November.