Inside the Jury Zoom: The Immortal Awards' Final Four from APAC

A cleverly disguised disruption ad from UberEats and a nature powered sheep that keeps children safe from damp were two of four pieces to impress a tough jury, writes LBB’s Natasha Patel 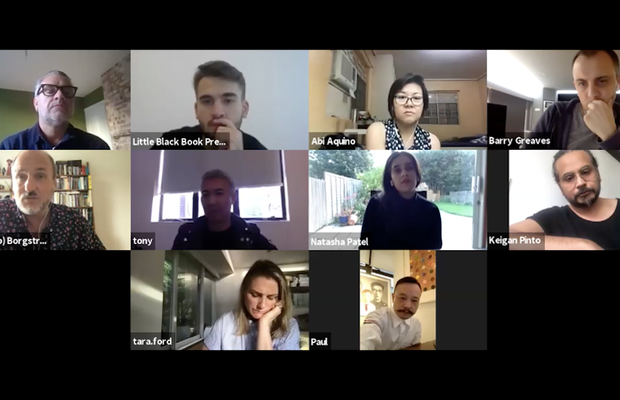 190 became 35 and 35 became just four as the Asia Pacific round of The Immortal Awards took place at the end of last week. The virtual round of discussions was headed up by an expert jury and featured standout work from 13 countries in the region.
The jury debating over the 35 pieces of work that made up the shortlist included Joakim Borgström, worldwide chief creative officer of BBH, Tara Ford, chief creative officer of DDB Sydney, Paul Chan, chief creative officer of Cheil Hong Kong, Abi Aquino, chief creative officer of MullenLowe Philippines, Tony Liu, chairman and chief creative officer of M&C Saatchi aeiou, Keegan Pinto, national creative director of FCBUlka, and Barry Greaves, creative director of MPC Shanghai.
As with most events to take place during 2020, everything was done remotely and although there was plenty of rapport going on in the judges’ Zoom, Joakim Borgström summarised the experience as such: “I love to Zoom but nothing beats the energy you get from being in the same room with another human.”
Despite not being in the same room, the judges were somewhat united on what work they decided to take through to the global final and for Paul Chan maintaining the standard of finalists for The Immortal Awards was an important aspect of being a judge.
“To be recognised as Immortal, the work needs to be truly special. Not just best of the best. But work that will last forever.” He jokes that The Immortal Awards’ regional heats is similar to the World Cup finals but this doesn’t diminish the importance of highlighting outstanding work from different regions round the globe. “It really shines a spotlight on each territory and ensures that we, as a jury, only fight for the very best work to send through to the global round of judging.”
From the top pieces of work that it made it through to the final debate the only one to receive a unanimous seven votes from all of the jurors was by The Special Group for UberEats Australia.
The campaign was a follow up to a previous hijack campaign that, this time, disguised ads as live moments throughout the games. From ad breaks, to relays and interviews. Paul explains why it was a no brainer to send this piece of work through: “Entertaining, engaging and seamlessly so, this is disruption advertising at its best. For all the effort it must have taken to actually pull this off, it deserves to go through to the finals.”
A hotly contested piece of work was from TBWA New Zealand in the shape of a sheep. The concept the agency created for ANZ Bank was a pretty far-reaching collaboration with the University of Waterloo in Canada. The end result was Mr Humfreez, a “smart device in sheep’s clothing” that uses the power of nature to educate Kiwis about the humidity and dampness issues that impact their homes, their lives and their environment as part of ANZ’s Healthy Homes initiative.
MPC Shanghai’s Barry Greaves explains what compelled him to vote for the smart device: “It made me search the web to try and get one of these for myself. A self-sustainable cute sheep that tells you if your room is humid or cold. If you have kids it is hard not to love this or the campaign, it is a perfect mix of practicality pulling on your emotional side to protect your family.” Paul adds that Mr Humfreez caught his eye because it was “super high tech in function, but not in its design.”
Completing this year’s final four from APAC were The Burnt Christmas Tree from DDB Sydney for Red Cross Australia. This film hammered home just how devastating the Australian bushfires were through a Christmas tree crafted with material from bushfire-affected areas. Clemenger BBDO’s Belted Survivors campaign with the NZ Transport Agency was the final piece of work to be put through.
Listening to the jury’s debates was a fascinating experience as there were plenty of regional nuances that came to light. Paul reflects on his experience: “The discussions that took place among the judges were fascinating. We were brutal but fortunately, it was all very amicable. And it was great to be in a room (albeit virtually) with people whose work I admire and whose opinions I respect. Once we had whittled it down to the best few pieces, there was very little debate, to be honest. Like all great work, it didn’t need us to speak up for it. It spoke for itself.”
Barry adds that the differences in opinion were “a great thing and discussing with a group of like-minded creatives was really enjoyable.” However, he wasn’t surprised that the final four all came from the ANZ region: “The work that we put through is some of the best creatively thought out and executed pieces I think I’ve seen in a while, and will be surprised if none of these win an Immortal Award. It is clear Australia and New Zealand are leading the region on these sorts of campaigns. I would love to see more of these from other countries.”
With a strong line-up from the APAC region only time will tell just how well it faces up against creative pieces of work from Latin America, Europe, Middle East & Africa and North America on November 20th.
Check out the fill list of finalists here.