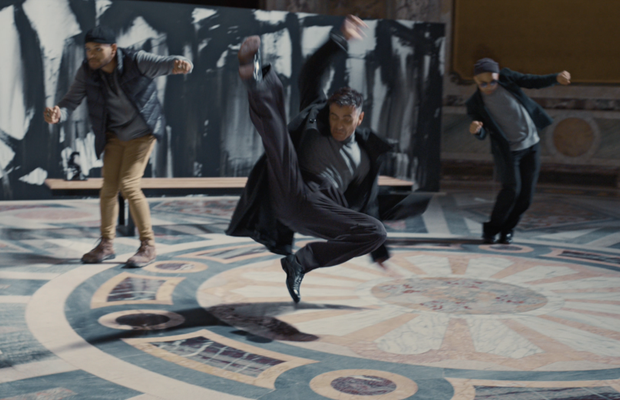 The Olympic Games are one of the most powerful symbols for unity in the world. Every two years they bring athletes from around the world in peaceful competition, with the world watching.

Athletes are in their final preparations for the biggest sporting event of their career, the Olympic Winter Games Beijing 2022, which starts on 4th Feb. Celebrating this, the International Olympic Committee (IOC) has today released a new short film highlighting the power of solidarity which is also reflected in the amended Olympic motto: ‘Faster, Higher, Stronger - Together’.

The film, continuing the ‘Stronger Together’ campaign, spotlights the unique relationship between Olympic and their supporters across the world. People watching around the globe mirror the athletes movements, demonstrating the impact of this human connection. This display of togetherness and the belief of others power people to believe in themselves; to push through that wall, take that leap -  to make the unbelievable happen. Demonstrating that through every rise, every fall, every victory, we’re in it together.

“Every rise, every fall, every victory - we’re in it together” is part of the IOC’s ‘Stronger Together’ campaign, which celebrates the power of believing in each other has to bring people together. It joins a story voiced by three-times Olympic medallist Lindsey Vonn and amplifies the IOC’s belief in solidarity and the power of sport and the Olympics to unite people and communities across the globe. The Olympic Winter Games Beijing 2022 takes place between 4th and 20th Feb.

The film is directed by Salomon Ligthelm - a self taught filmmaker who has won awards for his work across the world and produced for the IOC in collaboration with Uncommon Creative Studio.

Uncommon co-founder Nils Leonard: “We believe there’s a truth in saying winter sports have an added layer of vulnerability – the natural environment is often harsher, the falls can be more frequent – the suspense of it all couldn't be more compelling. We don’t just tune in to watch athletes win, we want to watch them rise on a global stage. We’re so proud to share this powerful film – capturing the incredible connection between athletes and the fans who are right there with”