The Instituto Socioambiental aims to boost support for the indigenous, Quilombola, riparian and extractivist communities with JWT Brasil 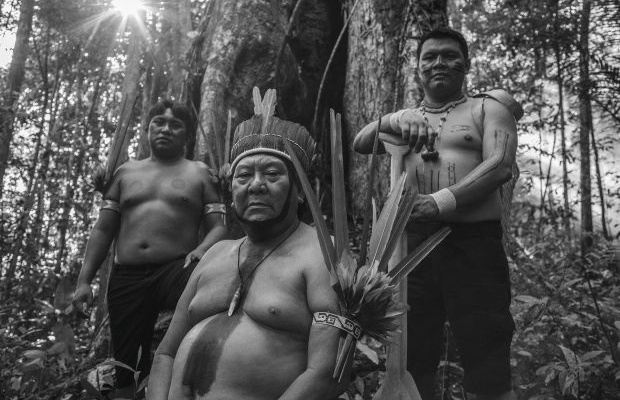 ISA is celebrating its 25 years anniversary with the launch of the #PeoplesOfTheForest campaign to boost support for the indigenous, Quilombola, riparian and extractivist communities who are resisting attacks on their rights and the destruction of their lands.
The peoples of the forest have a message for the Brazilian government, politicians and the business community. To prospectors, loggers, squatters and other invaders of their lands: "we will continue to resist." This is one of the main messages of the #PeoplesOfTheForest campaign, which Instituto Socioambiental (ISA) and its partners in the indigenous, Quilombola, riparian and extractivist communities launched on Tuesday, April 23, online, on TV and in cinemas. The campaign is asking for people to support the fight to protect Brazil's environmental heritage and is advocating for the rights of indigenous tribes and traditional populations.
Young people, women, medicine men, chiefs and shamans. The protagonists for the #PeoplesOfTheForest campaign are 25 leaders from nine indigenous tribes in the Amazon, from Quilombola communities in Vale do Ribeira (SP) and from riparian communities in Terra do Meio, Pará. With their strength and beauty, the campaign honors the diversity of the people living in and protecting the forests, reminding us that it is the forests that regulate the climate, produce rain for farming and house the planet's largest biodiversity, a potential source of new medications and cures.
"We, the peoples of the forest, are a global community of people and it's very important for us to join together in an alliance. This makes us stronger when it comes to confronting the 'whites' who are surrounding us," says Davi Kopenawa, a leader and great shaman of the Yanomami tribe, and one of the leading voices in the campaign. "The non-indigenous society does not know us, and this ISA campaign will bring our words to them," adds Davi Kopenawa.
Produced in partnership with the J. Walter Thompson Brasil agency and Prodigo Films, a film production company, the #PeoplesOfTheForest marks the 25th anniversary of the ISA and serves as a response from the organisation and its historical partners to the setbacks, dissolutions and constitutional violations of socio-environmental policies and of the guarantees of human rights that is ongoing in Brazil. "If the forest, or nature in general, is our passport as a country to a future, then the people living in it are truly its guardians," says André Villas-Bôas, executive secretary at ISA. "We must value the enormous contribution these communities have made to the planet's ecological balance."
"The most remarkable and transformative thing about this film was being able to witness the exchange between indigenous tribes, Quilombolas and riparian communities." Filming created an unprecedented meeting between very important leaders. It was an honor and a privilege to be part of this project. An unique experiences," says Daniel Klajmic, stage manager for Prodigo Films. "In our current political scenario, a movie like this makes it even more important," adds the director. "The idea of the movie is to emphasize that native forest leaders have always been ready to protect and preserve their cultural legacy, which also belongs to humanity," says Ricardo John, CEO of J. Walter Thompson Brazil.