“It’s Got to Be for the Audience”: Why Great Guns’ Justin Casselle Is Prioritising the Authentic

The recently-signed director - and former agency producer - tells LBB why comedy can blend with anything, and how he learned his first filmmaking lessons on the basketball court 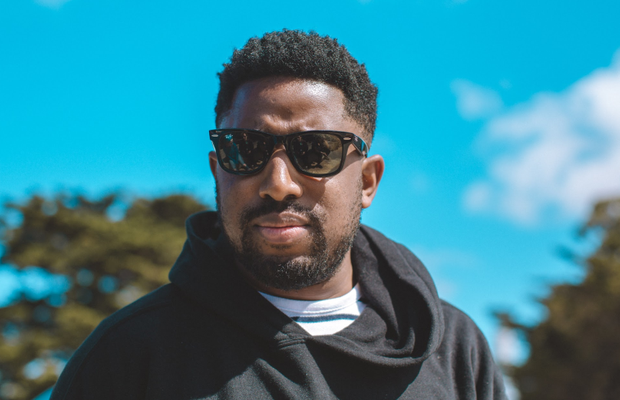 If filmmaking is a journey, what’s the destination? Many in the industry have their sights set on a tangible ‘end goal’, be it a brand they desperately want to work with or a feature film whose script has been laying untouched in their drawer for too long.
Part of what makes speaking with Justin Casselle - the latest addition to Great Guns’ roster of directors - so refreshing is that he doesn’t quite think in those terms. Regardless of where he’s eventually going to end up, one gets the sense that he’s determined to make the most of the adventure in getting there.
“I loved movies as a kid, but it wasn’t until quite late on that I really started to ask ‘why’ and ‘how’, and think in terms of actual ‘filmmaking’”, recalls the Ohio-born director. “That came at around the time I started college. I had one of those brains that wanted to find out more about the stuff I loved, and diving into research about my favourite films led me to reading about people like Spike Lee and Jerry Bruckheimer. Not just directors but the people who brought films to life in every possible way. I can easily pinpoint that time as the point at which a whole new world opened up to me”.
Ultimately, it was the process of learning about filmmaking legends which drew Justin to the world of ads. “All of the filmmakers and creators that I admired - and I mean all of them - worked in ads”, he explains. “And further to that, they never saw ads as a launching pad for something else, or as a stepping stone. They were simply another creative medium. I totally got that - to this day, I don’t think there’s much more satisfying than a great 30-second spot that just hooks you”.
While that might have felt like a lightbulb moment at the time, with the benefit of hindsight Justin can point to a much earlier experience that set the tone for his career in creativity and film. “Looking back, I can say with absolute certainty that I picked up some of the most essential skills for filmmaking on the basketball court”.

Filmmaking Is A Team Sport

“As a kid, there was no doubting where my real passion was - films were great, but I just adored team sports”, says Justin. “I grew up as the only boy with four older sisters, and so I kind of had this cheering section for any event! That gave me a lot of energy”.
With baseball in the Spring and basketball in the Summer, Justin enjoyed every opportunity to pursue the passion that influenced his approach to work and to life. “First of all came the idea of competitiveness, which is of course an important skill to have because it keeps you driven and keeps you hungry”, he explains. “But more than that it’s about teamwork. It’s about knowing how important it is for you to perform as an individual for the sake of the team, and also knowing how your performance can elevate the other people around you. Filmmaking is a pure team sport, and there’s no doubt in my mind that those skills transfer over”.
Furthering that sense of being a team player is Justin’s experience in the industry before jumping into the director’s chair. “My previous background was as an agency producer”, he says, “so it’s easy for me to put myself into their shoes, so to speak. If someone from the agency comes up to me on set with a certain look in their eyes they won’t need to say any more. I’ll probably know exactly what they mean!”
For Justin, that experience is a great way to build up the kind of empathy which can spark productive and rewarding on-set working relationships. “I aim to be a familiar person for people to work with, even if they haven’t met me before”, he explains. “I understand the nuances from different perspectives, and I hope that helps people put their trust in me”.

The Spice Of Comedy

If Justin has an overriding ‘style’ as a filmmaker, something which shines through his work to date has been his own unique brand of comedy. “What I like to say about comedy is that it’s kind of the salt and pepper of film, in that it can blend with anything according to your taste”, notes the director. “My own preference is for a kind of smart or elevated comedy with wit as a kind of undertone. I’m really drawn towards that kind of work and I try to replicate it in my own”.
When it comes to that style of comedy, Justin takes his cues from spots such as The Kawhi Question. “It’s not something you’d immediately think of as a comedy spot”, explains Justin, “but the whole setup has a subtly comic nature. You have these two kids on a political-style debate stage, making the argument as to whether Kawhi Leonard’s offensive or defensive skills are better. The subversive comedy comes from the flip between these young Black boys playing basketball and debating it like politicians. I love the spot, I’ll often just load it up and watch it for fun”.
Above: ‘The Kawhi Question’ for Jordan Brand leans into a subtle style of comedy which Justin looks to emulate in his own work.
To find an example of Justin’s subtle and comedic approach, you don’t need to look far. The producer-turned-director recently worked on a spot for Pearl Milling Company, the iconic pancake brand’s first since changing its name from Aunt Jemima.
“It was a big deal, and of course I knew it was a big deal when I was brought in to work on the spot”, says Justin. “It was the first ad since the name change - but it was never about the name change, and I was on board with that. I connected with the brief not only because it was a Black family, but because the family was centred in a way that I - and I think many others - could relate to. They were having fun in the kitchen, playing music, and enjoying the moments they shared together. Those are the kinds of moments I remembered sharing with my family and friends. So I wanted to do that justice, and create something which felt authentic and tangible”.
Above: Justin’s work with Pearl Milling Company was the brand’s first since changing its name from Aunt Jemima.
The thread linking the ad back to Justin’s core approach to filmmaking is clear to see. “There’s a time and a place for commercials to be bombastic, and to reach out and grab you”, he says. “But there’s also a time for things to feel familiar, quiet, and comfortable. The ad is nostalgic and light - just like the pancakes!”.
Ultimately, the way his work can make audiences feel is the core motivator for Justin. “We’re all making work for the client, of course, but at the end of the day it needs to be for the audience”, he explains. “When I was in college I dabbled in theatre for a hot second. It didn’t last, but something I took from it was that I think about audiences in the same way a theatre director does. I want to impact them, to make them feel or remember something from the experience. It has to be for them”.
All of which is why, whatever comes next, the next steps in Justin’s career with Great Guns are set to be good news for audiences. “The past 18 months have been challenging for obvious reasons, but I really feel I’ve used the time to reflect and be inspired”, he says. “The trickiest bit was telling myself my time would come - not easy for someone whose brain feels like it’s on a constant timer! But it really feels like it has now, and there are great days ahead”.
After all, perhaps that’s one last parallel between Justin’s passions for sports and for film: the hunger and motivation for more.

5N30 Ep 11: Leading From Behind with Jimmy Smith, Karin Onsager-Birch, and Gavin Lester

5N30 Ep 10: Operating at the Edge of Chaos with Tasha Dean, Anastacia Maggioncalda, and Jon Drawbaugh

5N30 Ep 8: From Languishing to Flourishing with Kerry Hill and Mandi Holdorf