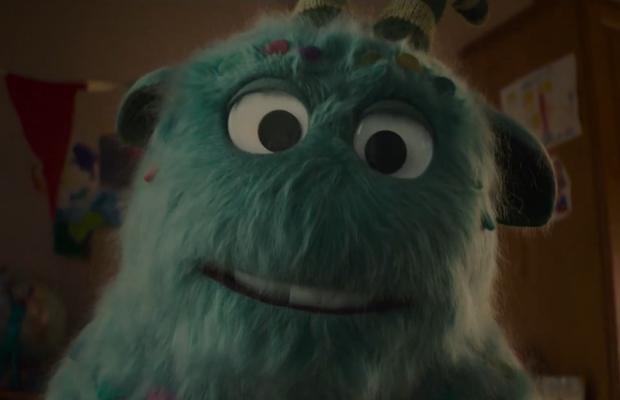 McDonald’s will kick off its Christmas campaign activity tonight with the return of #ReindeerReady and the reveal of its 2021 Christmas ad, telling the heart-warming tale of a girl’s lifelong relationship with her imaginary friend and their Christmas rituals, to remind the nation that no-one is ever too old to make believe.

The TV ad, written and art directed by Leo Burnett creative duo Amy Bushill and Cristina Rosique Gomez, depicts the story of a young girl, Matilda, whose imagination comes to life at Christmas in the form of a loveable character named Iggy. Iggy and Matilda bond over the magic of festive rituals and Matilda grows in confidence and belief. But as Matilda grows older, and her love of Christmas fades, so too does her relationship with her imaginary friend Iggy. Until one year, inspired by an encounter with a young boy and his Reindeer Treats, Matilda reconnects with her festive belief and the imaginary friend Iggy she had long forgotten.

The heart-warming spot was produced by Object & Animal and directed by Bert & Bertie, renowned for directing the upcoming Hawkeye series, part of the Marvel Universe franchise, and Amazon Studios original comedy-drama, Troop Zero.

Now in its fifth year, #ReindeerReady is a creative platform that has grown year on year and has helped McDonald’s find its place amongst the Christmas festivities.

The Reindeer Ready Hub from previous years will be continuing this year, and will go live on 1st December. Also created by Leo Burnett, and centred around games, activations and experiences, and of course the infamous Reindeer Treats, the hub also delivers an AR experience for parents to capture the moment a reindeer enters their home and eats the 'Reindeer Treats' left out by their children – giving them a magical video to share with their children on Christmas morning. There will also be a 25-day countdown advent calendar for families to be inspired to use their imagination through daily content like ‘How to’ crafting videos, colouring sheets, games, and more.

Michelle Graham-Clare, senior vice president, chief marketing officer said: “Christmas is such as joyous time for children and adults alike – with this year set to be better than ever as families reunite all over the country after a difficult few years. We want to make sure that McDonald’s is on hand to help the British public get Reindeer Ready on the lead up to the big day. We’re confident our advert perfectly encapsulates the magic of childhood imagination which comes alive at this time of year and provides a helpful reminder that you’re never too old to make believe. We are looking forward to seeing our customers’ reactions to the advert and hope that the friendship between Matilda and Iggy brings a smile to viewers when watching.

“We’re very proud once again to be supporting our charity partner, FareShare through our Christmas campaign, helping those in the greatest need.”

Chaka Sobhani, global chief creative officer, Leo Burnett, said: “We’re lucky in this industry to be encouraged to be childlike and live in our imaginations. But for most people, as we grow up, the pressures of life can mean we often forget how to remember those things that made us dream and believe. Luckily, small but meaningful rituals – like leaving carrot sticks out for the reindeer – can sometimes be all it takes to reignite that festive belief. Hopefully this story will remind people of the wonder of imagination and believing that at Christmas, anything is possible. A big shout out to our young creative team behind this, Amy and Cristina, who hopefully have added a little magic to the nation’s festivities.”

The soundtrack is by Brit Awards ‘best British female’ winner and Walk The Line judge Mabel who has recorded a special rendition of Cyndi Lauper’s ‘Time After Time’.

The soundtrack is available for download, with 10 pence from each sale going to McDonald’s charity partner, FareShare – a UK national network of food redistributors that fights hunger and tackles food waste in the UK. As part of this partnership McDonald’s will also be paying for the redistribution of food for the equivalent of 5m meals to families in need.

Also supporting the campaign will be VOD and social elements, which draw from the creative of the flagship TV ad, as well as a Channel 4 advertising premier slot. Media planning and buying is being handled by OMD.

The 360 campaign sees a month of PR and influencer activations designed to get the nation Reindeer Ready, supported by the Red Consultancy. Also supporting the campaign will be social filters inviting people to dance along with Iggy, Iggy Christmas tree decorations, Iggy jumpers produced by Leo Burnett and Linneys. And even a Happy Meal book and audio book featuring a story all about the power of imagination produced in a collaboration between Leo Burnett and The Marketing Store.