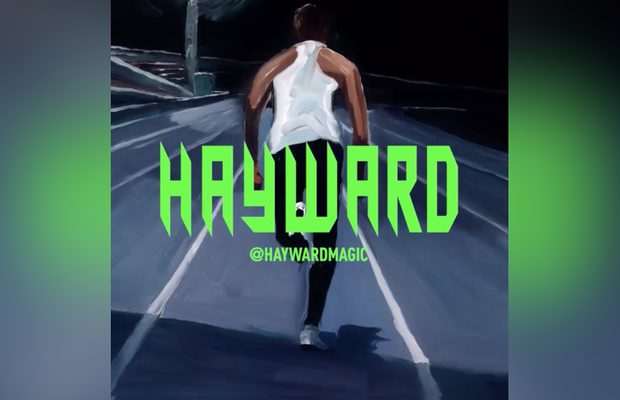 ‘A give to grow process. It’s what you put in that leads to the glory.’

In a film commissioned by Hayward Field - the iconic Track & Field training ground based in Oregon, USA that has seen record breaking athletes such as Otis Davis train there, plus countless others. Jelly-represented Em Cooper has directed a rotoscoped oil paint animation piece that communicates the idea of dedication, hard work, and the training process the Athletes of Hayward go through in the run-up to their pivotal sporting achievements.

Using Em’s signature, emotionally charged style of oil painting and rotoscoped animation, clips of famous sporting moments of Track & Field and trace-style animation are used to paint the maniacal and intense process of training that gets to the glory of winning. The mood and tone shift from a darker, more obscured animated world to a brighter detailed live action one. When the athletes excel in the animated world, they then transition seamlessly into live action. Em hand-painted every frame in sequence, meaning one second of animation is made up of eight complete oil paintings. All were painted with brushes and turps, photographed one after another.

‘To get the sense of fluidity and continuous morphing movement, I carefully choreograph the shots I use first, working intuitively with the wet paint to get the best flow and pace of each transition. This is a task that has something of the magic of a performance about it.’ - Em Cooper

Critically acclaimed director Em Cooper graduated from the Royal College of Art and has since delighted clients and press globally with her hand-wrought, oil-painted, rotoscoped animations. Her work has been screened internationally and shortlisted for numerous awards.

In 2014 Em was selected as one of SHOOT Magazine’s best up and coming directors. Her animation installation work has been exhibited at the Turner Contemporary, Margate, and her films shown around the world at major festivals including Sundance, EIFF and London Film Festival. She is also EMMY nominated. Commercial clients include JWT, Andrex, Wateraid, Berghaus, TBWA/Chiat/Day NYand Biofinity.