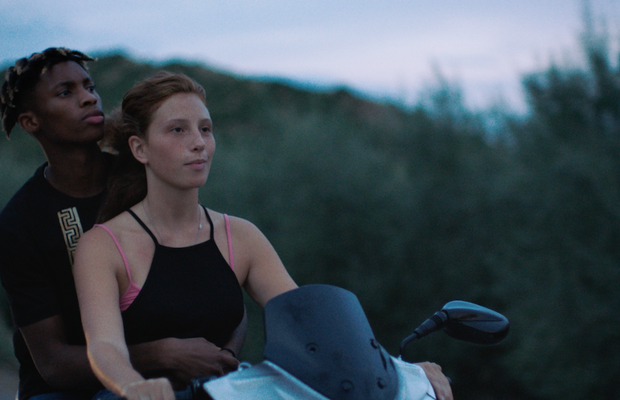 The atmospheric promo was filmed in an abandoned town in Basilicata, Southern Italy, a region that director Jess Kohl describes as the ‘Wild West of Italy’, with lots of abandoned architecture. Jess explains: “I had my eyes set on this specific abandoned town because of how dramatic it felt in the landscape. It suited the narrative as it felt like somewhere local youth might hang out and party, particularly during the current climate.”

Jess came up with the concept for the music video, which depicts a love triangle set against the wild background of ancient Italian ruins, the carefree buzz of youthful desire juxtaposed with the historical location. Meduza wanted the stunning location at the centre of the story, in keeping with their previous two music videos. The video was commissioned by John Hassay who collaborated closely with Jess.

Jess’ sensitive direction and depiction of young love rivals gives the film an authentic feeling, and the director cast the hero through Instagram.

Jess says: “We actually cast Molu Mike Banwo, the protagonist of the video, the day before the shoot through instagram. It was his first time on camera and he was quite nervous, but also natural and has a good on screen presence. It was all of the casts first time working with moving image, which I think helped to retain that sense of uncertainty and fragility that accompanies first love.”

Jess Kohl is an award-winning filmmaker who has been described by Shots as ‘The PRETTYBIRD breakthrough capturing the fringes of society’, and her raw directorial style, sensitive direction and authenticity have earned her the Best Director and Best Documentary accolades at Milan Fashion Film Festival, a nomination at Raindance, and has seen her films screened at festivals including BFI Flare, LSFF, and Ciclope.

And big thankyou to Emmyland, FAVA Rental and Jamz Creative