Innocean Berlin creates playful spot about the achievements, the design philosophy and above all the humanity of the German designer for Hyundai 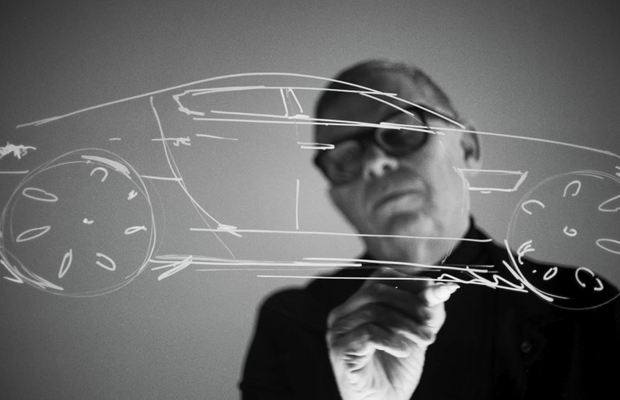 'The Call' premiered last week in South Korea and this week in Europe: a short, playful film starring Peter Schreyer, the worldwide chief design officer of the Hyundai Motor Group, one of the most influential designers of our time. The film, directed by Johan Kramer, was commissioned by agency Innocean Berlin. At the same time, the prestigious Publishing House Gestalten launches a special book called 'Roots and Wings' about the visionary designer, responsible for the births of some of the most iconic cars ever like the Audi TT, the new Volkswagen Beetle and lots of Kia, Genesis and Hyundai models.

The film takes us to an Austrian mountain top, the place where Schreyer was hiking one day in 2006, when he received a call that changed his life. He was asked to come to Korea to work for the Hyundai Motor Group. The story that followed, became the main topic for this short film and book.

The film, shot by Dutch director Johan Kramer, is a playful short about the achievements, the design philosophy and above all the humanity of the German designer. It shows how one man helped two polarizing cultures merge to create something unique.

Kramer about Schreyer: “It was very special to meet such a legendary designer. Peter’s legacy and love for the art form Dada gave me lots of inspiration to create this visual adventure. I thought it was important to tell not only the succes story, but show also the man and his humanity as well.

To create the special and varied look, I worked closely together with young editor&animator Camille Boumans and graphic design duo FromForm, we somehow formed a dadaist movement creating this piece of communication and that was what made this project very special."

Chelsea Expands US Roster with Director and Photographer Dumas Haddad

After a Year of Lockdown, Short Film Urges 'Don’t Go Back to Sleep'