Klarna's Smooother Shopping Experience Brings Swedish Style to the US 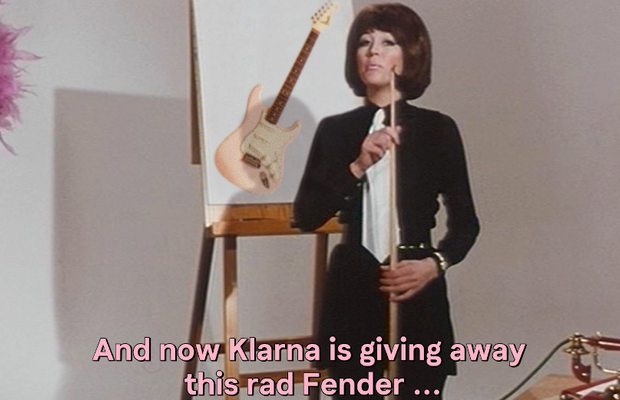 According to global shopping service, Klarna, only 9% of surveyed shoppers find online shopping ‘fun.’ To help change that, Klarna is continuing its ‘Swedish for smooother shopping’ US launch campaign with a uniquely-targeted, shoppable entertainment/interactive experience.

Klarna’s ‘48 Hour Smoooth Room’, a first-of-its-kind digital pop-up gives shoppers a chance to explore, and win, some of the Internet’s most coveted items - straight from the brand’s own advertising. For 48 Hours only from 12pm EST on 7/16 to 12pm EST on 7/18 People can shop-and-win the items before the timer hits 0:00.

David Sandstrom, Klarna CMO said, “Redefining what online shopping can be has been part of Klarna’s mission from the outset. We’re always looking for new ways to elevate and innovate the experience for consumers and with the 48 Hr. Smoooth Room we’ve been able to add a new dimension of interactivity, fun and immersiveness to online shopping.”

The 48 Hour Smoooth Room continues ‘Swedish for Smoother Shopping,’ Klarna’s recently launched 360-degree integrated brand campaign, created with agency Mirimar. The room will be discoverable via a series of hyper-targeted digital ads that will run for 48 hours only. The digital ads are shoppable films, released all at once, shamelessly leverage one piece of Swedish film that’s been rewritten into fifteen unique shoppable films, each targeting a specific consumer interest - from fashion, gaming, sneakers, to beauty and aquarium hobbyists - and highlight the unique item available to scoop up. 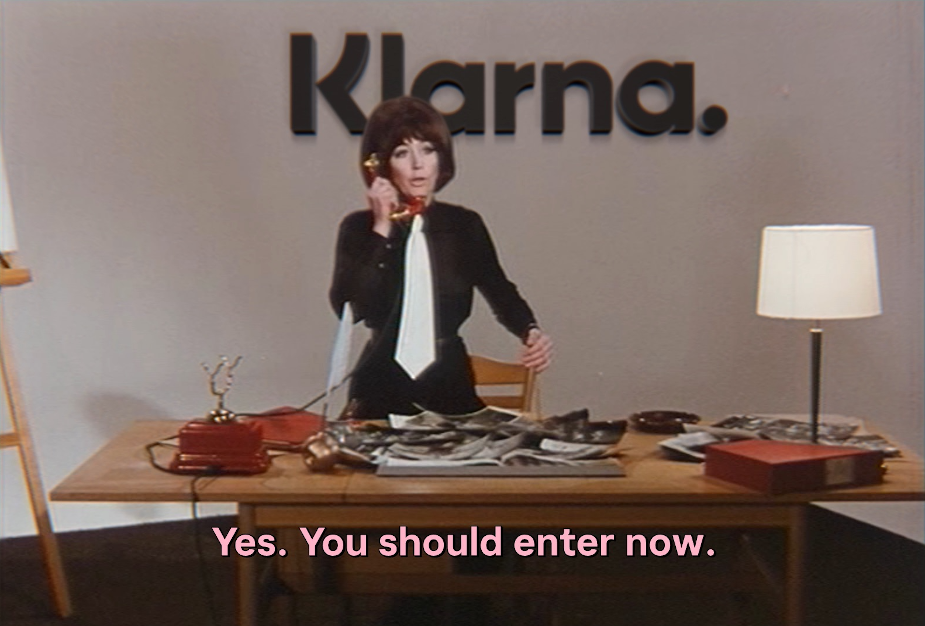 “Klarna lets you buy anything online so we wanted to make everything shoppable with Klarna, even their ads. Turning Klarna’s advertising into ‘shoppable entertainment’ is a unique way to demonstrate the fun of and ease of using it,“ added John McKelvey, Mirimar founder and chief creative officer.

From the films, consumers are led directly to the disappearing digital room, available on desktop and mobile, where they can ‘shop’ (i.e. win) a series of prizes including a Sonos Speaker set ($1,500), a Dyson Airwap Styler ($550), an Anine Bing fanny pack ($499) and a Fender Squier in Pink ($400).

The ads are a continuation of its series of mini films that utilise over fifty years of vintage Swedish film and replaces the 100% Swedish dialogue with humorous English subtitles.

The 'Klarna: Swedish for Smooother Shopping' campaign, leans into the company’s Swedish origins to introduce Americans to the revolutionary online shopping service.

Olivia Young, head of media, Noble People: “The 48 Hr. Smoooth Room illustrates how Klarna can seamlessly connect even the most unique shoppers, with the products they love, in a way only Klarna can."

Movement Strategy brought the campaign to life on: social and with influencers