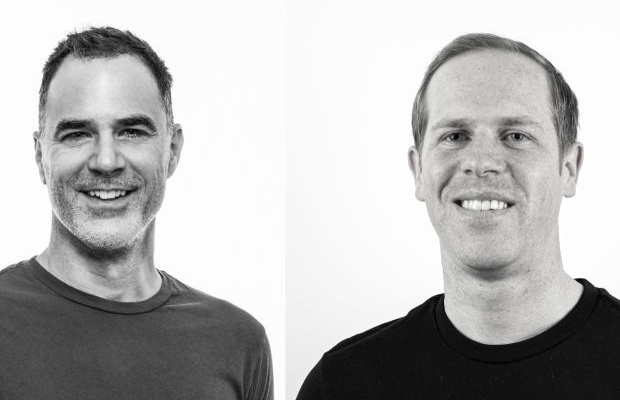 Independent agency Laughlin Constable announced today that it has hired Vince Cook (left) as executive creative director and Austin Scott as digital creative director. The new hires come eight months after Lisa Bennett joined LC as CCO.
Vince Cook, ECD, has a long list of awards and recognition to his name. He has been recognised by 20 of the most significant advertising award shows from around the globe over 350 times. In addition, Vince was named to Adweek's 'Creative 100, The Names You Need to Know Right Now' and Adweek's '22 Creative Directors who are Completely Reimagining What's Possible in Advertising.'
“Vince is passionate, talented and has a unique perspective on life. He’s exactly the kind of creative talent we need to help take LC to the next level,” says Lisa. Prior to joining LC, Vince was SVP global executive creative director at Energy BBDO in Chicago leading SCJ brands in over 90 markets and overseeing a group of 6 global creative shops.
Previously, Vince held the position of SVP creative director at Leo Burnett, leading the global rebranding for Samsung mobile. Vince is known for the highly awarded Samsung 'Do What You Can't' campaign which featured a film about an Ostrich that learned to fly. The spot won multiple awards including seven Cannes Lions. In addition, he was the art director behind McDonald's Sundial Outdoor which was recently inducted into the Clio Hall of Fame. Vince was also recognised for his category changing work for United Healthcare, featuring a “dirty dancing” couple whose integrated campaign won Gold at Cannes.
Also joining the agency this month is Austin Scott (right), creative director, digital from EP+Co. “Austin brings a wealth of digital knowledge and a wide range of category experience to LC. He likes to say he’s one part creative and two parts mad scientist, which is just the kind of innovative thinking we value,” says Lisa.
Austin has worked at agencies from coast to coast including FCB West, Leo Burnett, Euro RSCG, Energy BBDO and most recently EP&Co in South Carolina. With a background in digital and social, he's worked on clients such as Bud Light, Lenovo, Pearle Vision, Verizon, Ziploc, Raid and The UPS Store.