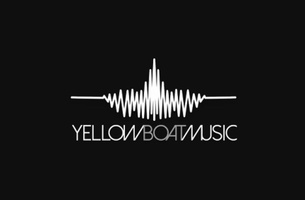 From bespoke scores for the likes of Sky, BBC, Land Rover and British Airways, to working with artists like Burt Bacharach, Frank Sinatra, James Arthur and Take That, Yellow Boat Music have done it all and their extensive, and very impressive, client list still leaves us wondering how these two musical Einsteins remain so humble.

Athene Parker, head of sonics and sounds at Lemonade says: “I love YBM because not only are they hugely talented but they’re really great guys to work with. The process of finding or creating the right piece of music for an ad is ephemeral… It's like a flavour or a smell - how do you convey what you’re looking for to someone so they understand it - unless they have experienced it or can get inside your head? YBM are very intuitive in how they work, and they work well with creatives to nail the brief. Especially now, when time is so precious, and the calls with the people who are creating are really short, you need a team that reads the room readily which they really do. To top it off, I always come off a conference zoom or a meeting with them feeling a little bit shinier!”

We decided to delve a little deeper into PC & Phil’s adventures together as part of Yellow Boat Music for our latest Lemonade Spotlight.

Q> Working relationships of over 24 years are almost unheard of! Tell us a little more about the dynamic at Yellow Boat Music.

Phil: We’re like a pair of slippers. We work well together. Sometimes I think we take it for granted because it just happens, and it’s always been there… It’s a relationship based on mutual respect. There’s no ego between us, if he’s done something that I think can be improved I’ll tell him and vice versa. We cross over roles and collaborate on all aspects of creating a piece for clients. Often both of us will come up with ideas for a brief and we make two versions, we then work on both ideas together and see what works best. This really ads to the diversity of what we can come up with.

Q> Tell us about the birth of Yellow Boat Music

PC: Before Yellow Boat, there was the famous music house Joe & Co. run by Joe Campbell and Paul Hart. I was Joe & Paul’s engineer at that point. I started getting approached by some clients who perhaps didn’t have the budget to approach Joe and Paul directly - so I would take on the jobs and ask the more experienced guys to help, so often I would become the producer of them! Phil had been in to do work experience when he was about 12… or he looked about 12 *laughs*... Eventually he went off to study music and when he came back, Joe & Paul were really impressed with him, so they suggested Phil & I work together. We got on really well and started working on our own projects together. We won an award for Best In-Flight Entertainment Programme, and became “award winning” fairly quickly. Eventually the jobs and projects we got became bigger, and when Joe & Co. came to a close, we were able to form our own company, Yellow Boat Music. We now operate from Dean Street Studios in the heart of Soho.

Q> What were some of the bigger jobs you first worked on?

PC: We worked on a brief over a bank holiday for Bob Geldof’s company Planet 24 and won the job. The show turned out to be The Big Breakfast, which is how I started out as a professional producer. They wanted competition music done all the time - Caught with Your Pants Down, Game For A Bath etc. So I ended up doing a lot of these skits. Cock-a-doodle-do-it was a particular highlight. They did a roadshow with it and got Mick Fleetwood and Sting, among others dressed up as chickens. It even got made into a Top 40 hit! Eventually Phil & I took over that gig for a good few years.

Q> What has been your proudest moment so far as a company?

Phil: I think for me, definitely the BBC One idents we did. They were on TV every day for several years! Also getting to #1 with James Arthur - I played piano, arranged strings and recorded synths at our studio in Dean Street for Say You Won’t Let Go for his chart topping album Say You Won’t Let Go.

PC: Getting a Music and Sound Award for the Sky Cinema music. It was great recognition for our contribution to a brilliant advert.

Q> James Arthur is not the only recording artist you guys have worked with. How was your experience working with Grammy Award winning musical icon Burt Bacharach?

Phil: I was basically sent a video of Burt playing on the piano and asked to recreate it. It was a track called I’m Still Here. The producer, Danton Supple, called me and asked if I could take down the part, re-record it and send it back to him. He wanted the “Jiddy” magic, the “P Jiddy” magic which is my nickname at Dean Street Studios. I went down to Strongroom in East London to record it. It got approved and then released.

Q> What has been your favourite project to work on and why?

Phil: We’re working on something huge right now which we can’t talk about just yet, but that’s got to be up there, and of course GoCompare has always been a dream. It’s our longest client relationship of over 10 years. They’ve always been classically based and prepared to budget for big orchestras. It’s musically led, with a lot of creative freedom and briefs which fit with our expertise. They’re always very clear and have a great, longevity and working relationship. [You can read more about Yellow Boat Music’s incredible relationship with GoCompare via LBB here.]

PC: I think for me, Phil arranging the Bolero for Torville and Dean on Dancing On Ice and conducting live on TV was a huge moment. I remember Torville & Dean winning the Olympics with the Bolero in the 70s, so to be the producer and sit in the audience watching Phil doing it live on national TV was amazing.

Q> Who would your dream client be?

PC: Working with a company that wants to make the world a better place. Positively innovative clients!

Q> So just to summarise, what do you believe is Yellow Boat Music’s unique selling point? What sets you apart?

Phil: The ability to action a brief creatively, immediately. We don’t pass it on to someone else to create. It’s a very direct to client way of working that we love and it’s smooth. We understand the briefs and what a creative is trying to achieve, we have a lot of experience and we play most of the music on our work, unless it's something we can’t play as well as it could be, then we get other musicians in to perform. It means we can be nimble in terms of making any changes - you want a key change in the middle section in the middle of the night..? We can do it.

PC: Yeah, we’re adaptable and we can do it quickly. We can produce it immediately. In this day and age that is priceless.

The Big Breakfast is Back! Yellow Boat Music Return to Jingle Writing for One-off Special