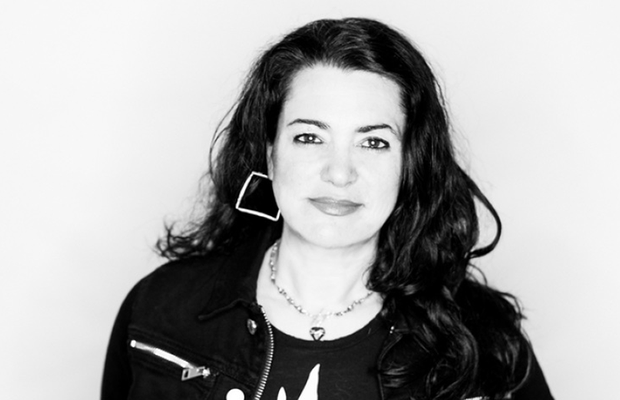 Lisa Topol has set out to make profit with purpose the centerpiece of her career as she joins OBERLAND, the industry’s leading purpose- driven ad agency, in the new role of managing partner and executive creative director.

Together, Topol and OBERLAND co-founder and chief creative officer Oberlander will steer the eight-year old agency in partnership with co-founder and CEO Drew Train and managing partner and chief strategy officer Kate Charles. “Lisa’s stellar creative career on Madison Avenue as one of the best writers and creative leaders will bring a whole new level of firepower to our agency and to the success of our clients,” said Oberlander in announcing the hire.

Topol is known as a prolific writer and integrated thinker whose portfolio shifts from humor to emotional work with ease. Among her credits are being singled out as one of the 30 most creative women in advertising by Business Insider, and was honored in the Creative 100 by Adweek. Her trophy case is loaded with metal, including awards from Cannes, Clio, ANDY, D&AD, the One Show, Effie Awards and CA.

Prior to joining OBERLAND, Topol was co-chief creative officer of DDB New York, where she helped grow the New York office and led the charge in winning such accounts as Kroger, AT&T, Coors, Allergan and Aflac, and along the way won multiple gold lions for Tribeca Film Festival and a first-ever Effie for Pure Leaf.  Before taking the creative reins at DDB, Topol led creative efforts at such agencies as Grey Group, TBWA\Chiat\Day, JWT (now Wunderman Thompson) and Wieden + Kennedy. She started her career as a junior copywriter at Ogilvy, where she first met Oberlander.

Among the brands she’s worked on during the course of her career are Best Buy, Bose, ESPN, IBM, JetBlue, Brand Jordan, Kotex, Marriott, Motorola, the NFL, Nike, Downy, Pepsi, Pringles, Schick, Wheat Thins and Twix, to name a few. Her work has frequently crossed over into popular culture and made waves across TV and social media, such as her Gold Lion-winning “Digital Death” effort for Keep a Child Alive, which generated international headlines for World AIDS Day and got people like Stephen Colbert talking.

Topol says the purpose-driven mantra of OBERLAND is what made the choice to go there an easy one. "Like everyone during COVID, I thought a lot about where I wanted my career to go,” she explained. “Bill was one of my first mentors, and when he and Drew opened Oberland, I told them how proud, and jealous, I was that they were starting that rare place with purpose genuinely at its core. So what else was left to do, but finally go where I belong?" Topol added, “Being driven by purpose is the way for brands and marketers to move forward today. They need to make a sincere commitment to it  – and at this agency, it’s in the center ring.”

“At this point in her career, Lisa wants to be at an agency where purpose-led work is driven by compelling creative ideas,” added Oberlander. “She believes, as we all do here, that doing good is good business. I’ve known her for 20 years, and during that time I’ve watched her take agencies by storm. We’re looking forward to the powerful influence she’s going to have here.”

Oberlander describes Topol’s brief as boosting the level of the work across all accounts at the agency. “We’re looking for Lisa to inspire clients to take that creative leap that makes for positive social impact in the world. And she’ll work hand in hand with Kate and our internal teams to attract the kinds of progressive brands that are now embracing purpose as an authentic way to connect with today’s increasingly conscious consumer. We’re also looking to Lisa to attract and recruit more purpose-motivated creative talent to the agency.”

“Lisa’s joining us sends a message to our often-maligned industry that great creative solutions, when done with the right tone and strategic approach, can manifest good in the world,” said Drew Train, OBERLAND Founder and CEO. “Purpose is real, and industry giants and leaders are now all in. That’s something to feel good about.”

While not crafting campaigns, Topol could put Cesar Millan to shame, as her love of dogs has seen her win agility contests at the highest levels of international competition with her two rescue fur babies, Schmutzy and Plop. She has twice become the Westminster Agility Champion, and has represented the US team at multiple World Agility Championships. Her side hustle is running an agility training service called Weave Got The Runs – a name only a copywriter could conceive – which teaches people how to bring out the best in their pups through positive reinforcement. (You can learn more about it here.)

On the pro bono front, Topol is on the board of Time's Up Advertising, spends considerable time mentoring women in advertising, and helps run an online social activism site that is several thousand strong. “And I’m a big fan of kindness,” she added. “Good things seem to follow it.”

Crypto Exchange Okcoin Asks “OK or Not OK?” in Comic Campaign from OBERLAND