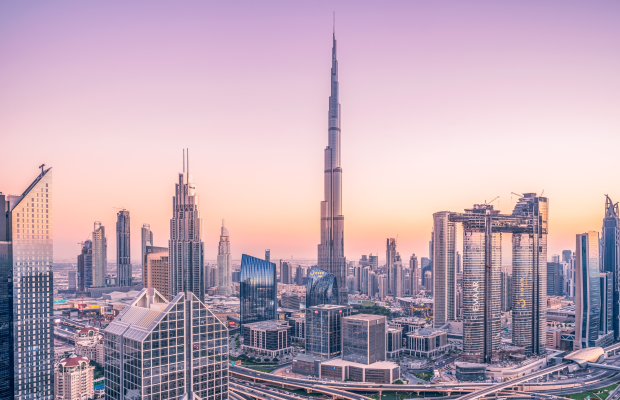 Since 1998, The Talkies has been one of MENA’s most notable production houses. With four established offices across the region (Beirut, Dubai, Cairo and Casablanca), there are few companies with such an extensive knowledge of shooting in MENA.

With most of the company’s work being shot in Dubai, LBB’s Adam Bennett spoke to CEO Gabriel Chamoun to get the lowdown on why you should take to the futuristic skylines, sprawling deserts and mountainous roads of the global business hub to shoot your project.

LBB> How would you pitch Dubai and the surrounding regions to anyone looking to shoot in your area? What are the main qualities of Dubai?

Gabriel> Within the region of the Middle East, Dubai is considered the most equipped media production hub when it comes to the crew you need (whether technical or non-technical) as well as the equipment. There is a wide array of equipment available here in Dubai from the average go-to essentials needed to shoot, all the way to the most sophisticated car shoots where Russian arms are needed.

Being strategically located in the heart of GCC (Gulf Cooperation Council), Dubai is a stone's throw away from Oman, as well as the newly opening market of Saudi Arabia (Muscat is a three-hour drive while Riyadh is an eight-hour one).

LBB> What would you say are the top locations in Dubai?

Gabriel> That is a very subjective question to answer! If we are looking for a cutting-edge sleek type of ultra-modern look, then certainly Dubai is the place with all its postmodern architecture and buildings. On the other end of the spectrum, if we are looking for old and cultural, then locations like Bastakia, Ras Al Khor and the Spice Souk are the places you want to be shooting in. 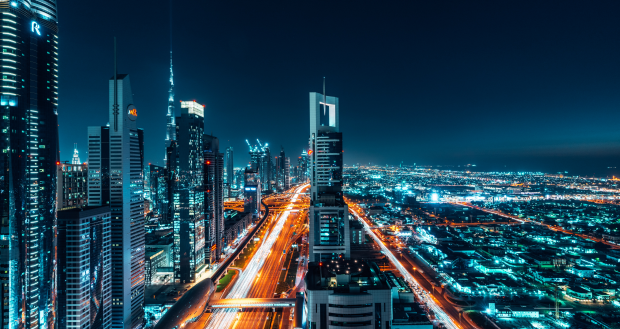 Above: The 'sleek, ultra-modern' vibes of the city

LBB> What specific location would you say is most popular? Why?

Gabriel> Without a doubt, Burj Khalifa is Dubai's most featured landmark, followed closely by a wide range of locations from the gigantic Dubai Mall, modern Shiekh Zayed Road to the endless dunes of the desert and mountainous roads zigzagging Jebel Hafeet. 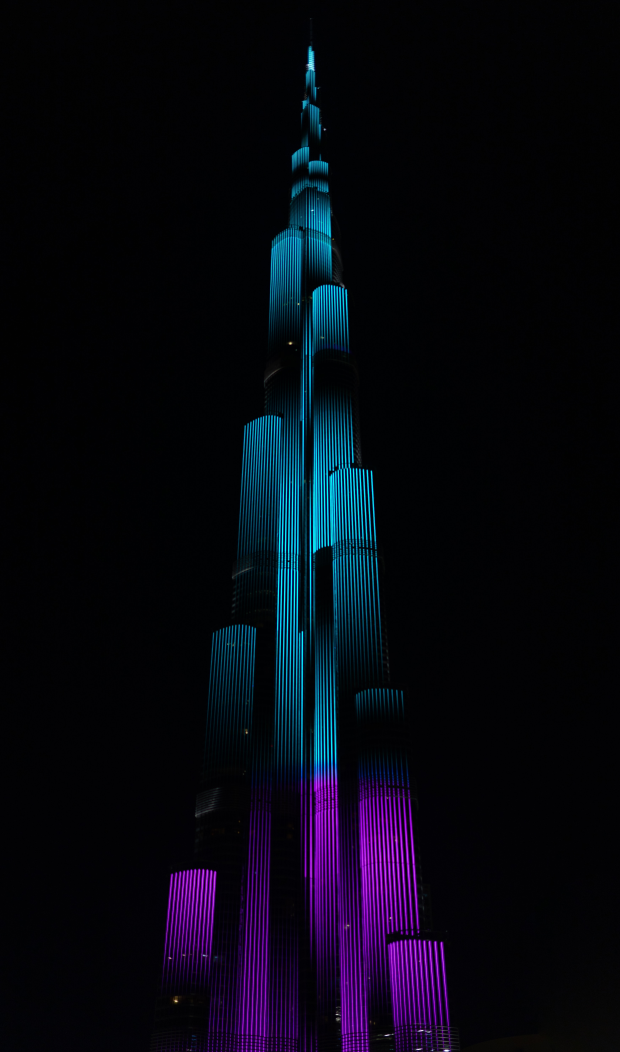 Above: The Burj Khalifa in all its glory

LBB> Can you tell us a bit about the climate and the best/worst times to shoot in Dubai?

Gabriel> When it is raining and snowing in Europe and the US, it is beautiful sunshine over here, making Dubai the ultimate tourist destination for Christmas and New Year's. But watch out! This comes at a price - rates as well as crew's availability becomes a challenge. Summer comes with its own ‘desert’ heat and scorching sun, but on the upside, rates become more affordable and crews are more available.

LBB>  Are there any locations that you think are underrated / underused in Dubai?

Gabriel> The bling bling side of Dubai with all its new and modern building had cast its shadows on the old downtown with its authentic aspect. In my humble opinion, that part of the city is rarely shot, while in reality it is photogenic in its own right and can be easily used for shooting. 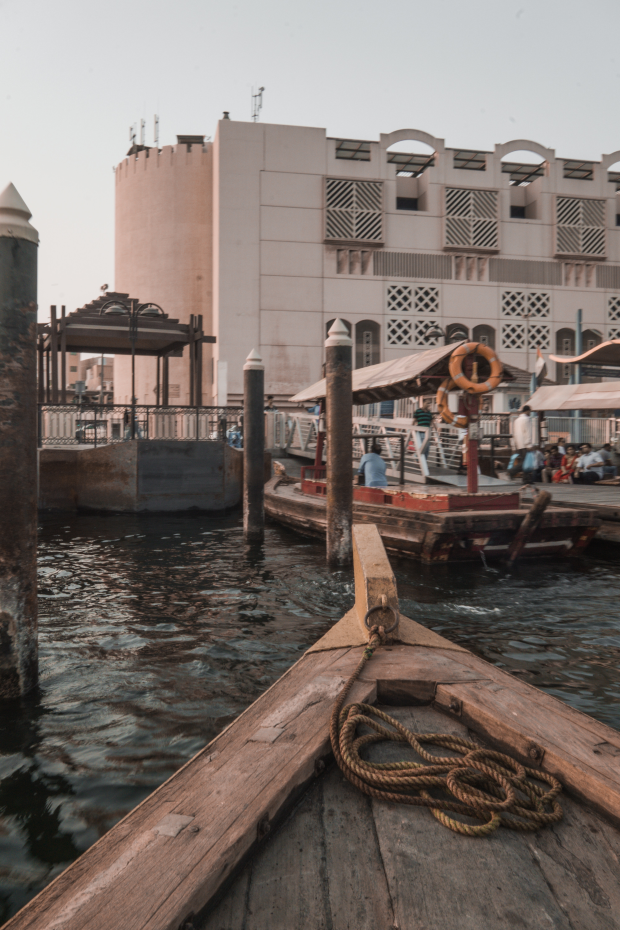 LBB> What has been your biggest/most successful production to date?

Gabriel> Mercedes with Roger Federer definitely sticks out in my mind.

LBB>  What other location would you say is your main competitor?

Gabriel> Maybe Morocco, or South Africa? It is really difficult to answer this one especially when we consider how easy it is to base yourself out of Dubai and shoot elsewhere in the region, especially in Oman and Saudi. Both countries offer a spectacular array of diverse locations that when added to Dubai, and the UAE locations portfolio, the trio end up offering an unmatchable blend that is almost impossible to find elsewhere… unless you are looking for snow! 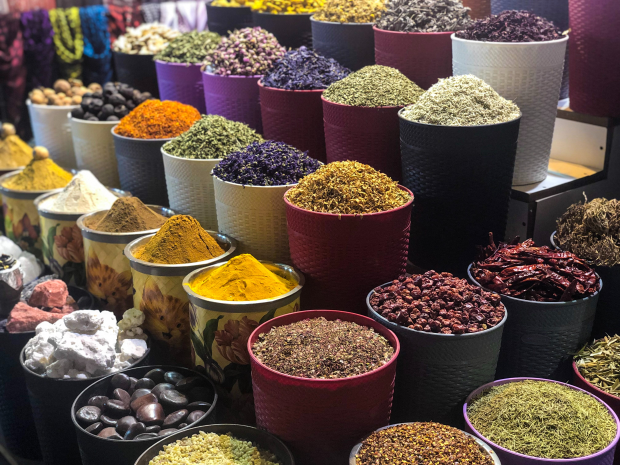 Above: The spice market offers a more rustic location

LBB> Can any locations in Dubai ‘double’ for other locations?

Gabriel> Modern cities in the US, or even Saudi Arabia. It totally depends on what exactly we want to cheat. In reality, Dubai can easily double for diverse locations from modern US cities to downtown Delhi, Mumbai or Karachi. On the wider aspect of it, the UAE can offer any Maldive-like beaches, Sahara-like deserts, Rocky-like mountains. 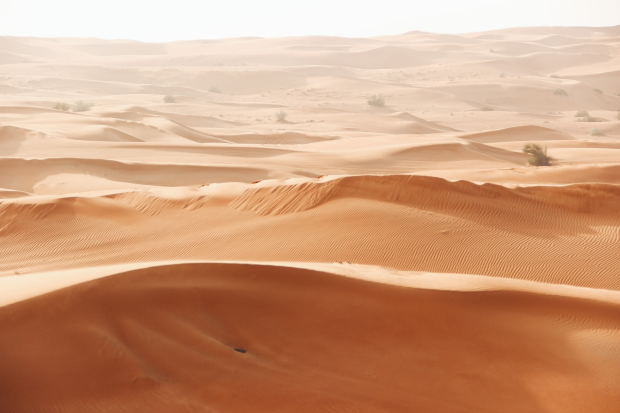 Above: The desert is a reliably versatile filming location

LBB> What are the most popular productions (i.e. automotive, fashion etc.) in Dubai and why do you think this is?

Gabriel> Modern city streets, highways, and desert, in addition to the availability of Russian arms, drones, and all other high tech equipment make the UAE a popular location for car commercials. However, we have locations that suit beauty, lifestyle, or any other type of jobs.

LBB> As an outsider, what would you say are the biggest Dos and Don’ts in Dubai?  For example: religious sites, language, attire to be worn, how to speak to the locals etc.

Gabriel> The UAE remains a conservative country and one should stay away from sex scenes, those that evoke religion, or alcohol commercials.

LBB> What would be your number one tip to any coming to Dubai to shoot a campaign/film?

Gabriel> Pick a reliable servicing company with solid referrals and a good track record. Like The Talkies for instance!

LBB> And finally, if you could only ever go to one place in Dubai, where would you go?

Gabriel> Without a doubt, Burj Khalifa and up to the breathtaking observation deck.

More from The Talkies

The Talkies' GHADI the Movie Launches on NETFLIX