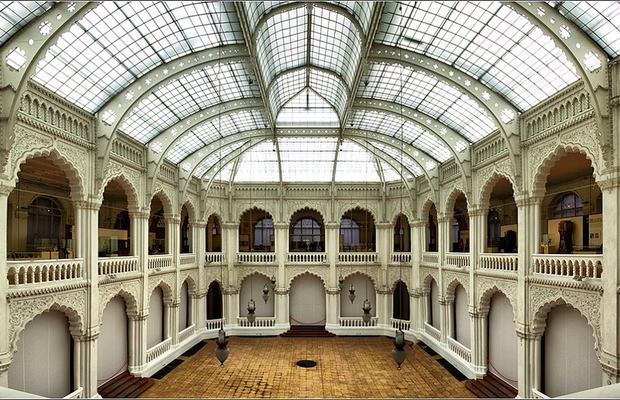 Hungarian company Good Kids specialise in talent representation and story development, co-production on both short and feature films and production services for commercials, films and photo shoots. All the while the team there like to believe they’re “rebels, players and fixers.”
As Europe’s second most popular destination for Hollywood shoots, it's big news that Hungary is now offering exemptions for US cast and crew from the European Union ban.
Intrigued to know what they think sets Hungary apart as a filmmaking destination, LBB’s Alex Reeves caught up with co-founder and producer Patricia D’Intino, who co-founded the company with Marcella Almasy in 2017. 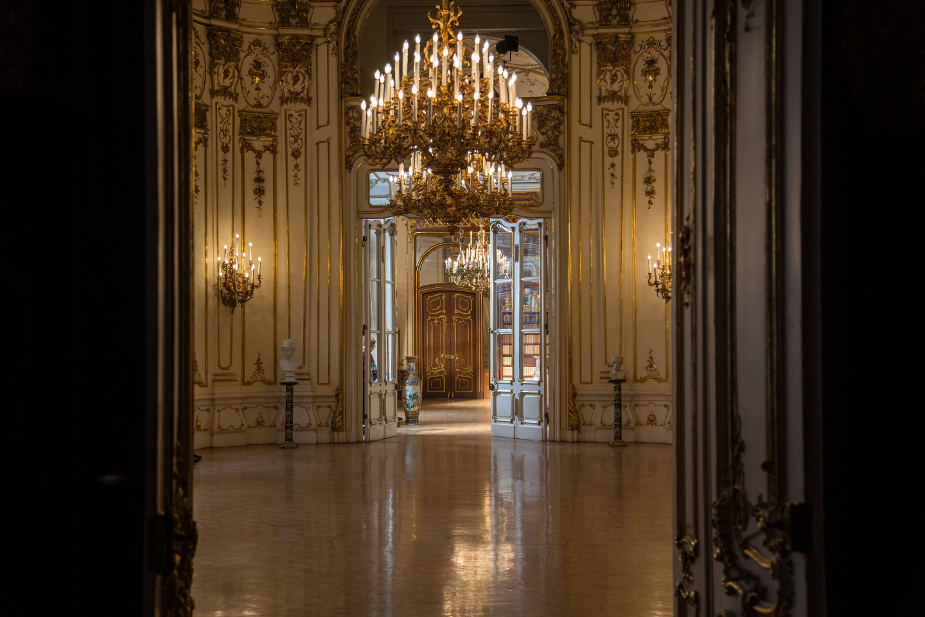 LBB> How would you pitch your region and the surrounding regions to any production companies looking to shoot in your area? What are the main qualities of your region?
Patricia> Given the fact that we are located in central Europe, our capital Budapest is very well connected with all major capitals from the US to Budapest (most airlines stop over once at London, Frankfurt, Amsterdam, Munich, Paris or Vienna).
The climate is continental and provides a full four seasons. Summers are usually hot with 15 hours of daylight.
The capital is a real gem and also the other cities all over the country with versatile architectural styles from Roman ruins, to Turkish spas, medieval landmarks, cobblestone streets, art deco and Bauhaus or brutalist, industrial factories. Budapest can easily double up for Paris, Berlin, Moscow, Vienna. 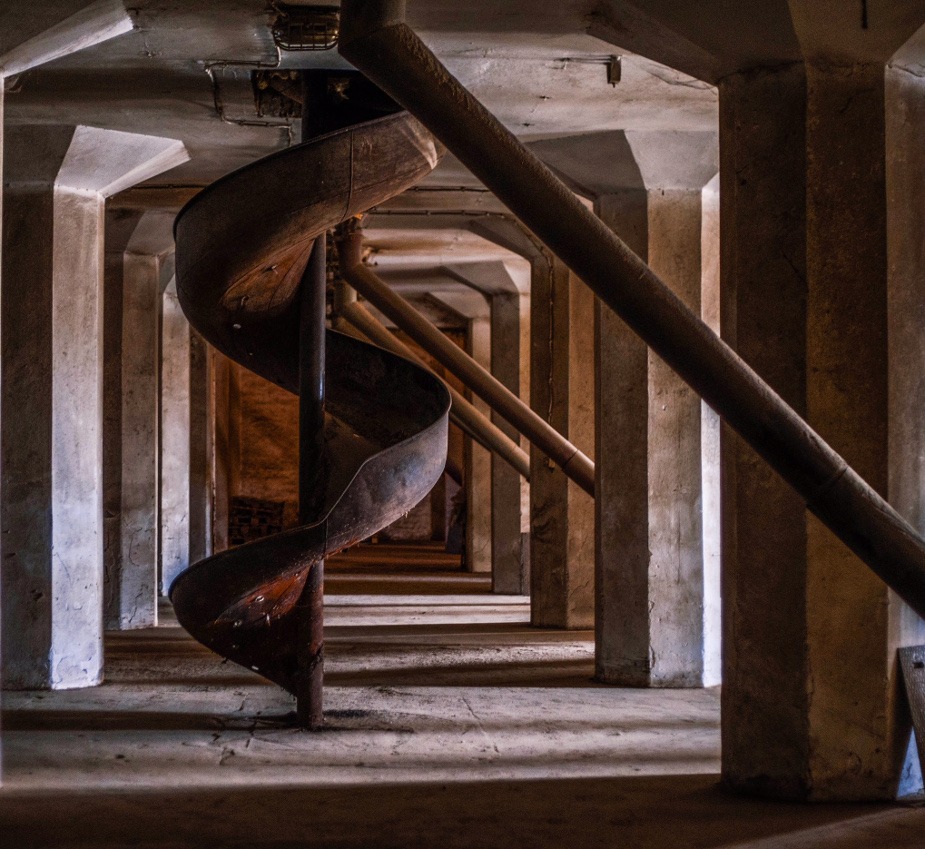 Versatile casting options are available with international characters. Top-notch professional crew including DOPs, production designers, set construction etc. and available equipment makes big shoots run smoothly. Besides all the local expertise, creatives such as animators, directors and photographers are high-level and internationally acclaimed filmmakers.
Last but not least non-branded content (cinema and TV including: feature, animation, documentary, short, experimental film, series) are eligible for up to a 30% tax rebate. 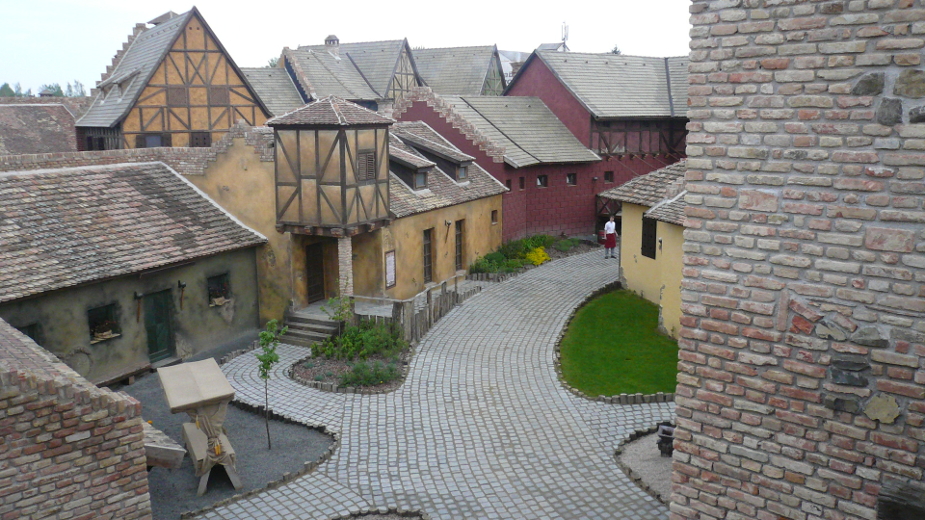 LBB> What would you say are the top locations in your region?
Patricia> The most popular locations are mainly in the capital, in Budapest which best resembles the era of around the turn of the last century and can double up as most big European cities like Paris, Rome, Berlin, Madrid, or even Moscow and Buenos Aires. Hungarian architects were largely influenced by classicism as a prevalent form but we have a variety of secessionist and art deco buildings that are perfectly intact. The number of staircases, hallways, elevators, and general interiors rival any Parisian location. 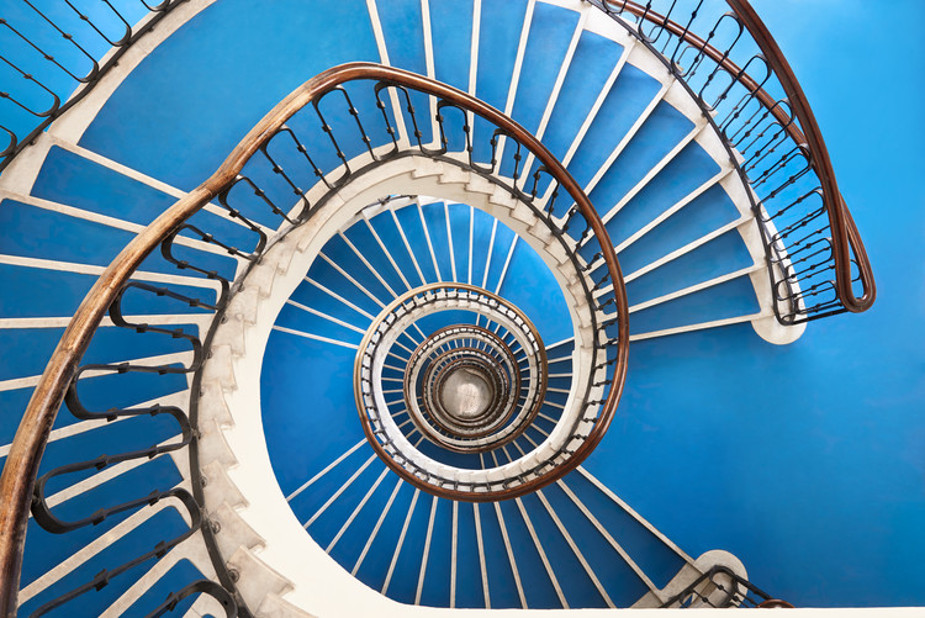 There are a number of high-end ultra-modern studio facilities and period backlots and a water tank that complement all of that well. The multiple Emmy award-winning Borgias TV series was set at the tail end of the 15th century and was shot at Korda Studios roughly about 30kms from Budapest. 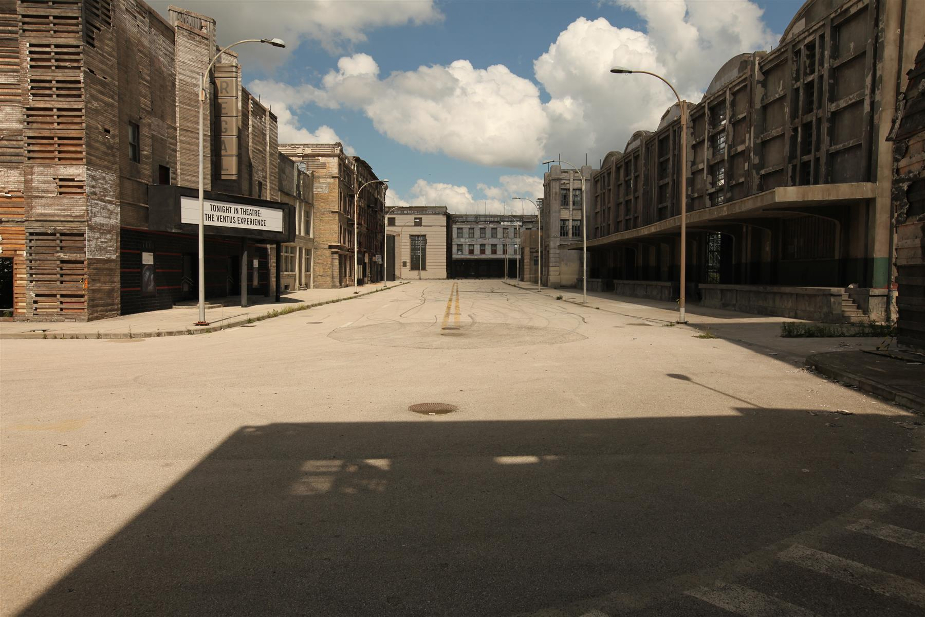 There are also a number of high-value private home residences that were built in the last three years that rival any Western European residences at a fraction of the cost.
Hungary is a landlocked country in central Europe and though it has no beaches the Lake Balaton, which is considered the Hungarian inner sea, the largest lake in central Europe, is home to picturesque landscapes surrounded by ancient fortresses, underwater cave galleries, vineyards, turquoise water, lavender fields, spas and historic towns. Hungary has smaller mountains and in the southeastern part the country it has steppe patches with flat grasslands. 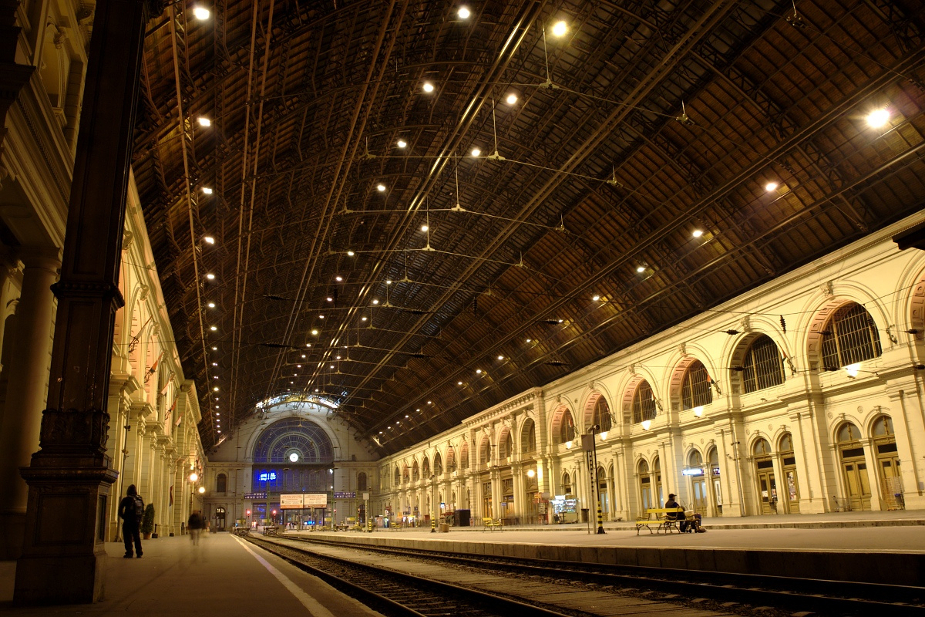 LBB> What specific location would you say is most popular? Why?
Patricia> Top of any list would include our two main train stations Nyugati, designed by August de Serres and built by the French Eiffel company, which opened in 1877. The other equally magnificent station is Keleti which was completed a few years earlier. The building of the Hungarian State Opera along Andrassy Avenue (Dan Brown Inferno) was commissioned by Franz Joseph I and was completed by 1884 and soon after it was directed by Gustav Mahler. According to a group of international experts it has the third best acoustics in Europe.
Not many film crews have left Budapest without shooting in the Adria Palace, completed in 1900 that once was used as the headquarters of the Hungarian Shipping Company. Some of the movies shot here include Blade Runner 2049, Munich, Dracula, Spy, Fleming, Bel Ami, Die Hard 5.
Besides the classical aesthetics of amazing buildings, bridges and cobblestone streets there are a number of brutalist structures from the socialist era such as the power station at Visonta where in certain areas it is possible to shoot. 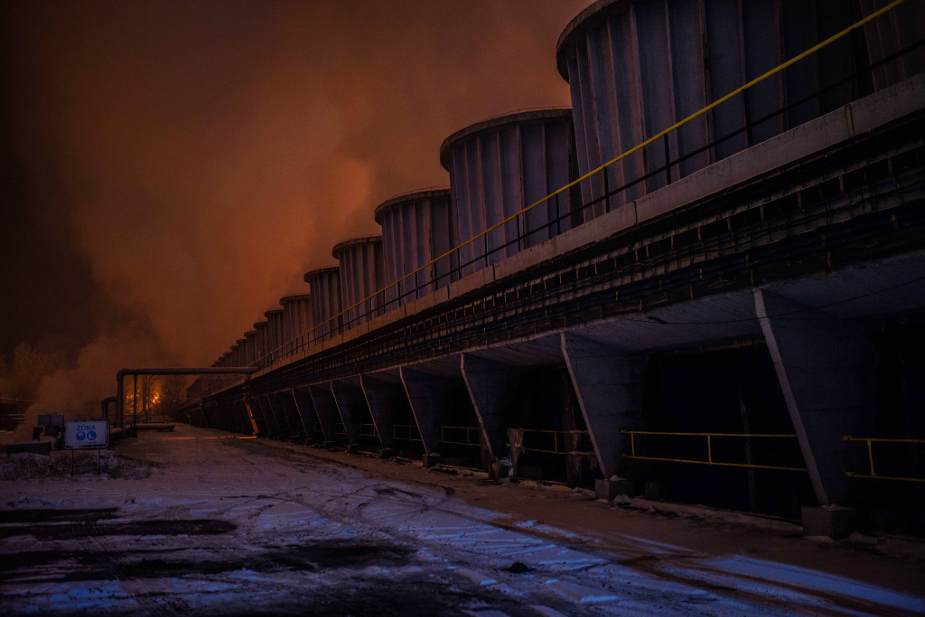 LBB> Explain the climate and the best/worst times to shoot in your region?
Patricia> The least favourable time to shoot in Hungary is the winter months from November to February, when the daylight hours are shorter and temperature can be below zero.
LBB> Are there any locations that you think are underrated / underused in your region?
Patricia> Usually locations further than 50kms away from Budapest are considered less viable for budget reasons however there are a number of continental forests with beautiful lakes and meadows. Lake Balaton is the largest lake in central Europe surrounded by a hilly wine region perfect to use it as Tuscany or Southern France. 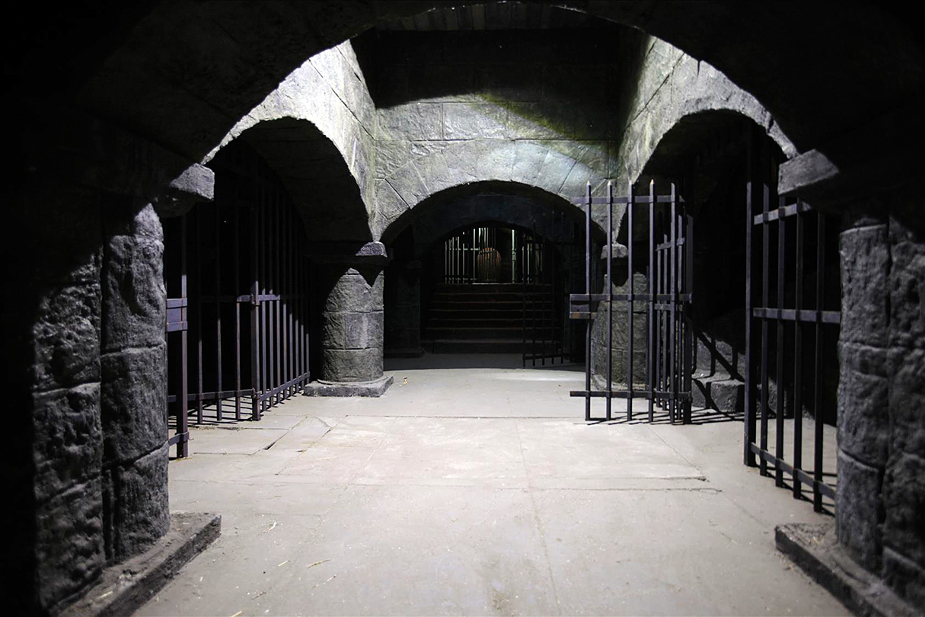 LBB> What has been your biggest/most successful production to date?
Patricia> One of our most unique projects was The Historical Journey of the Orient Express, a documentary for German broadcaster ZDF. We were able to use one of the original train carriages that literally travelled as part of the authentic Orient Express back in the days together with a steam engine locomotive. All set in a train museum yard utilizing several hundred metres of train tracks released just for the shooting. 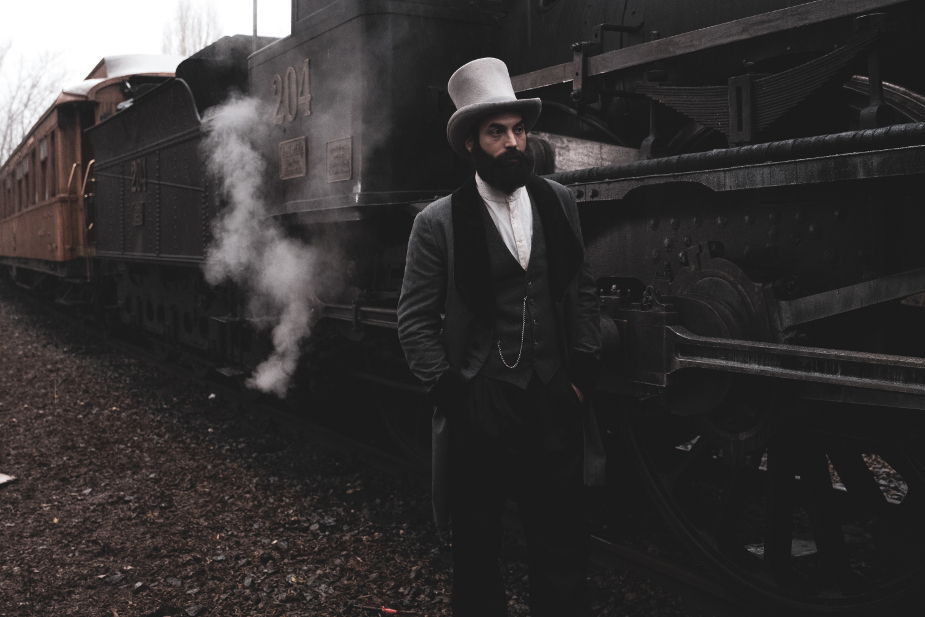 Another successful production was the music video we did for the band Foals for the song ‘Exits’ which was shortlisted at UKVMAs and won several other awards. We used an active cooling tower of the lignite fired power plant.
One other great commercial project was for Anthon Berg Chocolates directed by Joachim Back and the DOP was the Oscar winning Vilmos Zsigmond.
LBB> Where in the region would you say is your main competitor?
Patricia> All in all eventually our biggest competitor can be Romania once a professional crew is developed in the country as they have a larger area with access to sea and greater range of mountains, while costs will still be lower compared to rates in other European countries. Also Ukraine, Serbia and Czech Republic are competitors of the region. Hungary was one of the first countries to introduce tax rebates on film productions.
LBB> Can any locations in your region ‘double’ for other locations?
Patricia> An incomplete list of famous movies or parts of movies shot in Hungary doubling for Berlin, Rome, Paris, Buenos Aires, New York, Moscow, Madrid, Mars, medieval battlefields, concentration camps, etc. :
In The land of Blood and Honey, Munich, Eragon, Die Hard, Blade Runner 2049, Dune, MARS, Inferno, Bel Ami, Red Sparrow, Harry Haft, The Eagle, 47 Ronin, The Rite, The Raven, Hercules, Tinker Tailor Spy, Underworld, Hellboy 2, Spygame, Spy, Citizen X, The Debt, Houdini.
LBB> What are the most popular productions (i.e. automotive, fashion etc.) and why do you think this is?
Patricia> Although there isn’t a specific genre or production that can really be pinpointed as country specific there can equally be a Prada commercial in one corner while a feature film is shooting in another set in WWII. Steamy spa locations are also great for perfumes, clothes and other fashion spots. Set what international productions consider is value for money with professional crew and services as well as access to authentic period locations.
Automotive is also popular as we have amazing bridges with basically all types of architecture: millennial, classic, industrial, which work well for new car commercials.

DOs and DON’Ts in the Region

LBB> As an outsider, what would you say are the biggest Dos and Don’ts in the region?
Patricia> Hungary is pretty much tied into the European Union with all its cultural aspects. English is widely spoken, religion is mostly Roman Catholic. Summer is hot, winter is cold and wet so bring some rain gear, be polite and tip your waiter. Otherwise it’s friendly and easy going.
LBB> What would be your number one tip to any coming to the region to shoot a campaign/film?
Patricia> Try to have your schedule a little bit longer than your project and spend some time in the vineyards in the countryside, enjoy the spas and restaurants.

LBB> Where would you suggest a foreign production stay while they are in your region?
Patricia> From designer boutique hotels with a Parisian ambiance such as Gerloczy and Brody House classical luxurious retreats like the 4 Seasons at the foot of the Chain bridge you can find everything that suits your need and budget. For longer period or feature projects there are also great apartment hotels to make you feel more at home. 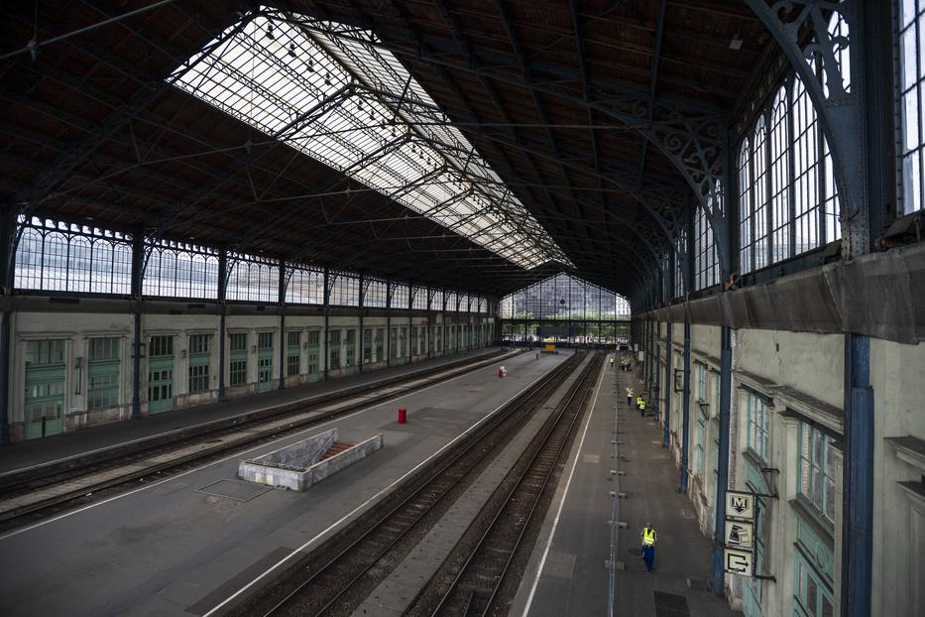 LBB> Where are the best restaurants/entertainment? Any hidden gems you could suggest?
Patricia> Budapest is divided into two sides along the Danube river. Both retain their own distinct identities, Buda being calmer and filled with historical sites and lush green patches while Pest is the vibrant melting pot of nightlife and entertainment. For exquisite dining you can choose from six Michelin Star restaurants so it’s fair to say that the city has had a gastronomic renaissance recently.
In district 5-6-7 you can find a variety of options, elegant cafes (Mūvesz, Central), food markets like the Great Market Hall built in 1897, night clubs and cocktail bars and open air rooftop bars (St Andrea Skybar, Leo Budapest, Cortile Sky Bar and Pool).
A hidden gem would include Café Kör, a family owned restaurant with delicious food and impeccable service where if lucky you are likely to bump into Jeremy Irons. If you are into craft cocktails after dinner Black Swan is the place to be.
The summer months are the most exciting times for entertainment with a number of open air music festivals of which Sziget is one of the largest and most known in Europe for the last decade otherwise Larm in the Jewish quarter and A38 which is Russian barge are always a good option for international lineup of DJs and musicians.
LBB> And finally, if you could only ever go to one place in the region where would you go?
Patricia> An unmissable spot would be Gellert Hotel and Spa opened in 1918. The elegant art nouveau building is centrally located where you can enjoy medicinal waters and spa treatments  and night time bath parties all linked with Hotel facilities. Gellert Hotel and Spa was also featured in Evita and I Spy as locations.
All photographs by Leo Pinter, in-house photographer and creative producer.