The four-part series takes fans on a journey with Alex Morgan, one of football's biggest stars 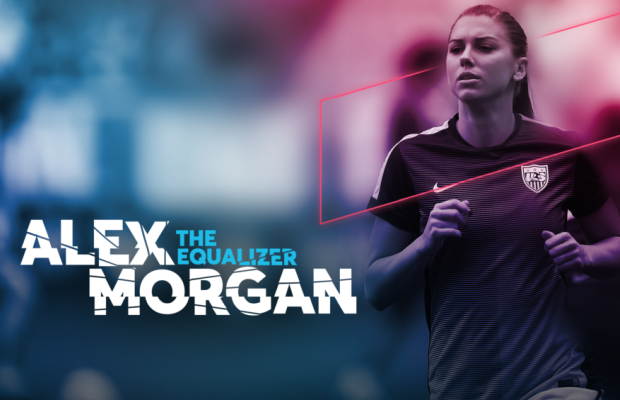 London Alley's Hannah Lux Davis has directed a new four-part series featuring U.S. soccer star Alex Morgan entitled The Equalizer. All episodes are available now on ESPN+, the multi-sport, direct-to-consumer video service.
The Equalizer provides fans with a behind-the-scenes, up-close look at Morgan, the U.S. Women’s National Team co-captain, as she prepares for one of the most challenging World Cups in recent years, from which the team emerged victorious. The series also tells the story of Morgan’s background and rise to prominence on soccer’s world stage, as well as her efforts off the field as a role model for girls and a trailblazer for the future of women’s sports.
The series is directed by Hannah Lux Davis, a multi-hyphenate creative powerhouse whose cutting edge work spans commercials, music videos, branded content, TV and film. London Alley partnered with Wasserman Group to bring in Hannah to develop the show around Morgan. The Equalizer follows Morgan in the weeks leading up to, during, and just after the historic victory at the 2019 FIFA Women's World Cup in France. The project was filmed in multiple cities across the United States.
Says Hannah: “I’ve had the privilege to work with so many strong, empowered women throughout my career and Alex is no exception. Alex has made a huge impact in the sports world, using her voice to inspire young girls, empower women, and fight for gender equality. Telling Alex’s story for The Equalizer was such a fulfilling experience and I’m hopeful that new generations of girls continue to be inspired by her.”
“We are honored to have partnered with ESPN+ and Alex to tell this important and inspiring story,” says Andrew Lerios, London Alley COO. “This is an exciting moment as we watched her lead the U.S. team to victory at the World Cup. We feel fortunate to have the opportunity to share this culturally significant story with the world.”
London Alley brings its unique brand of “Substance x Style” to an array of projects, as they continue to work with companies including Netflix, Amazon, and YouTube.