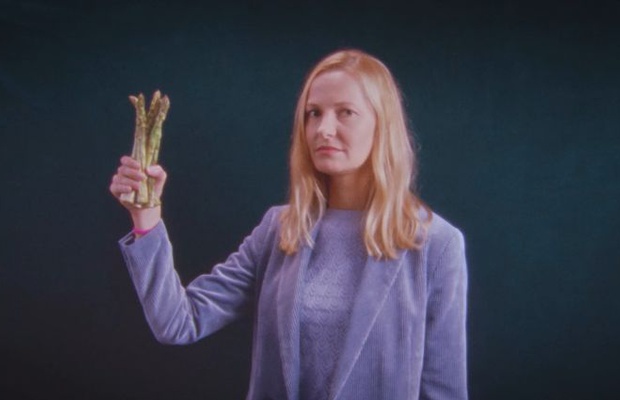 The all-natural, innovative French soup brand 'Les Recettes Ferme d’Anchin' is launching its first campaign, 'The Soup that Honors Vegetables', with the help of CLM BBDO.

Les Recettes Ferme d’Anchin loves vegetables, and respects them. The brand respects veg so much that they’ll do everything possible to honour them in their soups.

Why? Because even today, far too often, vegetables are frequently mishandled and poorly cooked. Not to mention the reputation they have – just think of the expressions: 'you’re full of beans', 'couch potato', 'in a pickle'... What’s wrong with being full of beans? Vegetables deserve better.. and that’s why CLM BBDO created a campaign that gives them the respect they deserve.

The campaign, which showcases vegetables in all their glory, consists of two films, outdoor posters (in partnership with retailer Monoprix), and an activation.

The offbeat digital films, directed by Béatrice Pégard of production company La Pac introduce us to two characters, Louise Asperge (Louise Asparagus) and Samuel Poireau (Samuel Leek). These guys have had to put up with all kinds of taunting since childhood but now, thanks to Recettes Ferme d’Anchin, they can finally appreciate and celebrate their distinctive names.

To take things a step further, the brand is running an operation where anyone with a vegetable in their name has the chance of winning Les Recettes Ferme d’Anchin soup.

And, in an online activation, BBDO and La Ferme d’Anchin sought out influencers who’ve willingly chosen vegetable-related handles - @emiliechoufleurlajolie (emilie cauliflower la jolie), @pititchampignon (little mushroom), @fraiseetbasilic (strawberry and basil), giving them a wooden box with two Les Recettes Ferme d’Anchin soups, and a personalised bowl. A way of reminding everyone they should be proud to bear the name of a vegetable.