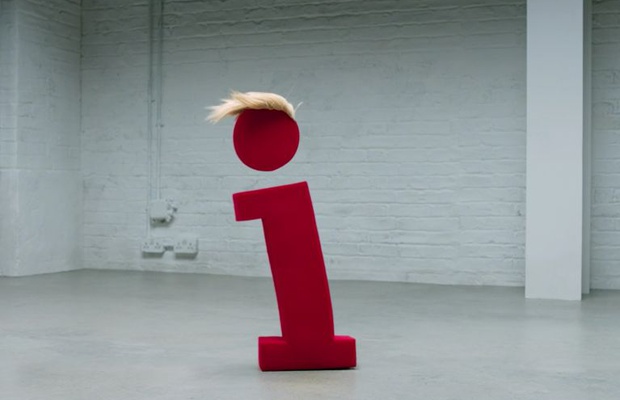 The newspaper will sponsor a series of idents - directed by Mark Denton through Thomas Thomas Films - across some of Dave’s key programming, kicking off from Monday 27th March, with each of the idents carrying the tagline, ‘i sponsors Characters on Dave.’

The deal is part of i owner’s Johnston Press’ ongoing strategy to elevate the title’s position in the market, and showcase its concise nature and quality journalism, following continued growth for i under Johnston Press, since its acquisition in April 2016.

Created by Atomic, the campaign will bring to life the brand’s trademark logo, the red ‘i’, in a sequence of smart and playful news-related sketches including Trump, Brexit and North Korea. The activity will also be supported by witty press placements in the paper and online, throughout the duration of the sponsorship with the distinctive red ‘i’ taking centre stage across the whole campaign to drive awareness.

Airing during a selection of Dave’s most popular programmes including QI, Storage Hunters UK, Cops UK: Bodycam Squad, Mock The Week and Room 101, the sponsorship agreement plays a key role in Johnston Press’ strategy for i, cutting through the noise of opinion to provide clear facts on a range of complex issues.

The deal comes as another step evolving and building from last year’s You Decide campaign, launched by i throughout the week preceding last year’s decisive EU Referendum vote, reminding readers of the importance of their participation. This bold and uniquely impartial Brexit coverage powered a 30,000 sustained sales lift and attracted over 2m new readers online.

As well as directly driving record sales figures for the title, the campaign also played its part in Johnston Press’ strategy to engage i’s readers with its trademark journalism, providing the facts they need to make difficult decisions around significant issues on the news agenda.

Richard Thomson, Publishing Director at Johnston Press, said: “Dave is a great and natural fit for us to showcase what i as a brand is all about. Its audiences are much in line with i’s, with the same wit, humour and intelligence, and we look forward to kicking off our partnership at such an exciting time for the brand.”

Dave Henderson, Creative Partner at Atomic, said: “We’ve created this series to be simple and striking, as all idents should be, but rarely are. Even on fast forward they’ll be driving awareness for this brilliant newspaper, and we’re thrilled to be part of this inaugural partnership for the paper.”

Zoe Basri, Client Lead at the7stars, said: “Dave Characters Sponsorship is a perfect fit for i and presents a great opportunity for the brand to re-engage with new and lapsed readers, reminding them over several months why it’s an essential read. This campaign is one of the most significant investments Johnston Press has made in media for many years, making it a particularly exciting deal.”

Rupinder Downie, Partnership Controller, Channel 4 said: “We are really excited to announce The I’s first ever TV sponsorship of Characters on Dave, it is sure to be a great partnership offering a consistent presence in an environment featuring some of the most loved entertainment formats on British TV.”