Campaign from OKRP shows what winning looks like under a mask 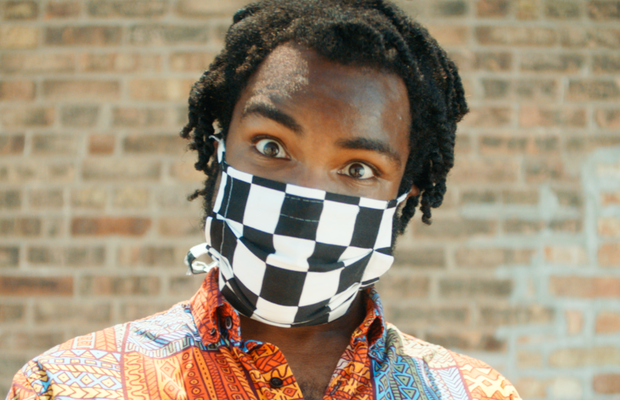 The Illinois Lottery is extending its highly successful ‘You Can’t Hide Winning’, integrated marketing campaign from agency O’Keefe Reinhard & Paul to add additional support for the introduction of new instant tickets for the summer of 2020. The advertising first started in July and helped to support Instant Ticket sales growth of 10% in the following three-week period.

The ad features Illinois residents who, despite all wearing masks, exude unmistakable joy and excitement in playing and winning the Illinois Lottery Instant Ticket games. The ads are set to the energetic song ‘Bing Bang Bong’, made popular in the 1960s by actress Sophia Loren.

“We wanted to capture the spirit of what winning looks like at a time when you can’t see someone’s smile,” explained Aubrey Walker, group creative director. “This work showcases the delight that can’t be hidden in our winners’ eyes and their exuberant spirit. The music adds an important exclamation point and sets a nostalgic tone that makes it distinctive and ownable by the Illinois Lottery. And once you hear it, it stays in your head.”

The Illinois Lottery and OKRP worked with photographer Marcus Smith, who is known for his portrait work, and with actors selected because of their expressive faces. The shoot adhered to strict Covid-19 guidelines and those featured were shot individually wearing masks, many of which were made locally. It was produced by Minimal Productions.

Says Minimal executive producer John Condne: “Marcus [Smith] brings a great mix of creativity and utility to every project he directs. His portraiture is highly attuned to the individuality of each person he works with, and he knew how to cast great people with lots of personality and then draw out these incredibly expressive performances from each of them. I can’t wait to work with this team again.”

The campaign is running across many different channels including broadcast, online video, social, and radio through to early September.

“We are living in a very sensitive time, and consumers are adapting to new behaviours like wearing masks,” explained Marisa Zimmerman, senior director of marketing at Camelot, the private company that manages the Lottery in partnership with the State. “This campaign speaks to some of what our players are going through and shows how even with a mask, you just can’t hide the feeling of winning.”

Swerve Serves up Sweet New Campaign That Will Keep Everybody Pleased