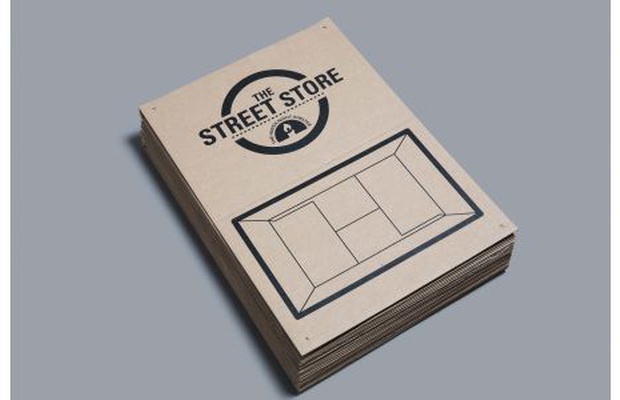 M&C Saatchi Abel, Cape Town has been awarded a prestigious Gold Lion in the Design category at the third day of the Cannes Lions Festival 2014, having already won a Bronze in the Media Lions yesterday, with the global network picking up three Lions today in total.

‘The Street Store’, which was designed by M&C Saatchi Abel, Cape Town for The Haven Night Shelter, is the world’s first rent-free, premises-free, pop-up clothing store for the homeless, stocked by donations. The agency’s brief was to generate awareness of, and donations to, the organisation on a limited budget.

The agency printed interactive, die-cut posters and attached them to fences in public areas turning the street into a ‘store’. People then hung up their donated clothes so the homeless could choose clothing they liked. For many, this was the first time they’d been able to choose clothes for themselves, rather than take what they were given.

The initiative called for donations online – utilising Twitter and Facebook – and within two days it trended nationally. As a result of the initiative over 3,500 homeless have been clothed in South Africa alone, and, as M&C Saatchi also made it possible for others to download the materials to create their own ‘Street Store’, since launching 247 people have downloaded the open-source files to host stores in their own countries. Meanwhile, direct donors have multiplied three-fold, and donations sent directly to The Haven have tripled.

Executive Creative Director at M&C Saatchi Abel Cape Town, Gordon Ray, said: "The Street Store is a demonstration of how brutally simple ideas, that touch people, will find their own way around the world and create remarkable change."