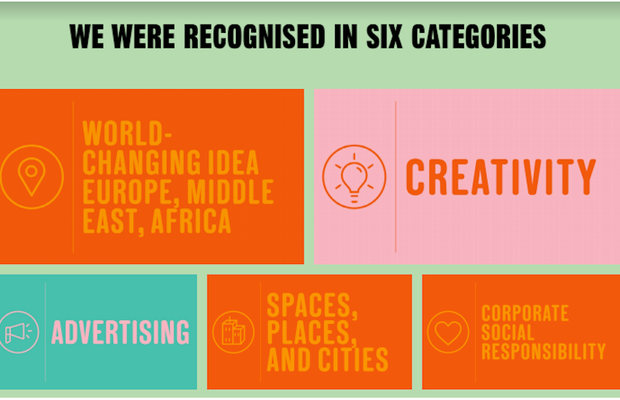 Fast Company’s World Changing Ideas Award recognises the best ideas from across industries that are changing the world for the better. M&C Saatchi Abel have been recognised in six categories for The Street Store.
Conceptualised six years ago as the world’s first rent free/premises free pop-up store for the homeless, The Street Store has popped-up in cities all over the world, closing in on the 1000th store, and clothing an estimated 500,000 people. At a time when the world is facing one of the biggest health pandemics of this generation, innovation and creativity are what’s needed in finding solutions to the issues facing humanity.
The simple idea born on the streets of Cape Town has catapulted a South African ad agency into the finals of the global competition. The initiative was named a finalist in the Best World Changing Idea EMEA Region and Creativity categories in Fast Company’s World Changing Ideas 2020 global awards, as well as recognised in four other categories.
Fast Company’s World Changing Ideas Awards honours the businesses, policies, projects, and concepts from different industries around the world that are making a positive change on a broad range of issues from climate crisis, social injustice, or economic inequality. The Street Store bridges the gap between the haves and have-nots, providing the homeless with the dignity of choosing their own clothes instead of being on the receiving end of often-unwanted hand-me-downs.
Mike Abel, founding partner and CEO of M&C Saatchi Abel says that South Africa has many people who want to help but often don’t know where or how. “Because of this, we conceptualised The Street Store concept in 2014. The world’s first rent-free, premises-free, pop-up clothing store for homeless people.” The Street Store concept has seen global acclaim as anyone is able to download everything they need to host their own – a truly open source initiative. Donations are made by the public and then placed on clothing rails for homeless people to choose the clothes they actually like and want. So far, almost 1,000 Street Stores have taken place globally.
Last year, as a way to ensure ongoing clothing donations throughout the year, M&C Saatchi Abel partnered with hotel group Home Suite Hotels, where a hanger in each room of the hotel is specially dedicated to The Street Store. Travellers are encouraged to bring with them and leave behind a piece of clothing to donate, which would then be used for future Street Stores. 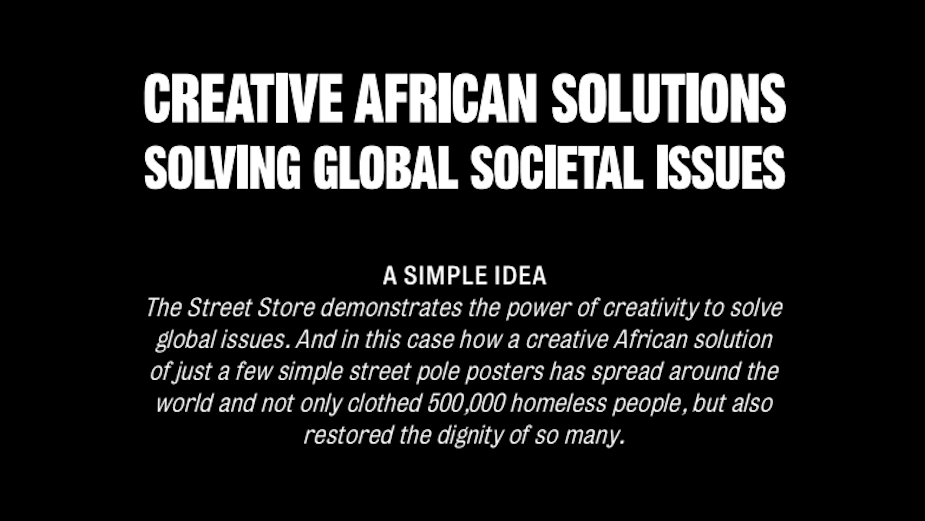 In addition to being named finalist in two categories, The Street Store also received an honourable mention in the Advertising, Spaces, Places, and Cities, Corporate Social Responsibility, and General Excellence categories. Now in its fourth year, the World Changing Ideas Awards showcase 26 winners, more than 200 finalists, and more than 500 honourable mentions. A panel of eminent judges selected winners and finalists from a pool of more than 3,000 entries across transportation, education, food, politics, technology, and more.
For more information on Street Store, or to create your own, visit the website or on any of the major social media platforms. M&C Saatchi Abel are currently calling for people to collect their old clothes whilst they are in lockdown to donate to the SA Lockdown Street Store which will take place in Johannesburg and Cape Town once it is safe to do so.