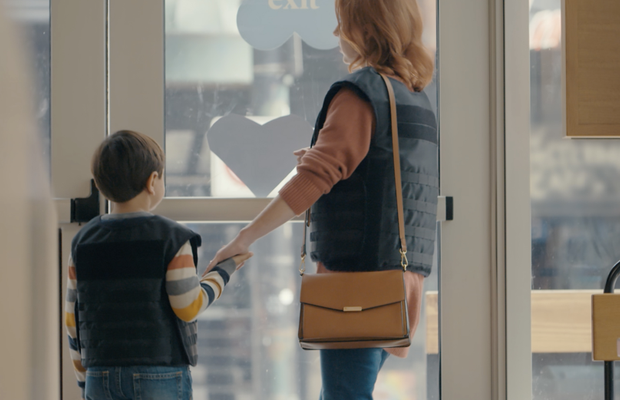 In 2021 thus far, 40 lives have been claimed in brazen public shootings in Metro Vancouver at locations like Vancouver International Airport, as well as popular restaurants, parks, recreation centres and shopping districts.

To encourage people to report crimes and gang-related tips, the clever campaign creative includes a 30-second film that envisions a world where citizens require body armour to participate in normal, everyday activities. The radio, print, out of home and social executions further the idea, mimicking fashion advertising for Kevlar clothing and accessories.

“As we’ve seen, no neighbourhood is immune from gang violence and the ads featuring bullet-proof vests say it all, we need tips, so we don’t need these,” added Linda Annis, executive director, Metro Vancouver Crime Stoppers. “Crime Stoppers is not the police. Any information you give to Crime Stoppers is kept totally anonymous and forwarded directly to the authorities for investigation.”

The campaign has started appearing in market and will continue into next year on donated media space across the province thanks to Pattison Outdoor Advertising and OUTFRONT Media.

Earlier this year, British Columbia’s Ministry of Public Safety, in partnership with the federal government through the Gun and Gang Violence Action Fund, provided $200,000 to Metro Vancouver Crime Stoppers to develop a public service awareness campaign against gang violence.

The new campaign follows Metro Vancouver Crime Stoppers successful 2016/2017 “World Without Crime” campaign that resulted in a 13 per cent increase of anonymous gang and gun crime tips received by the organization.  The campaign led to 145 people being arrested for gang violence and illegal weapons offences and the seizure of 219 guns.

Painting it Forward - The Boy’s Trip